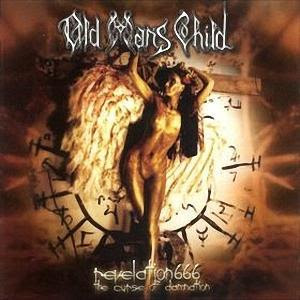 Now a spell on the castle dwells
And breeds inside the walls
And awakens from a timeless sleep....
Demons from the kingdoms of hell

Now a spell on the castle dwells
And breed inside the walls
And awakens from a timeless sleep....
Demons from the kingdoms of hell

Swallowed By A Buried One

Freezing the warm blood
And eating its way through and reigns

From the cliffs they have watched
over the thousand seas
And witnessed the decay and desperation
As illness and plague have caught them all
No one could heal, no one knew, for no one
had ever the knowledge

One stood there alone, the only one left
Strong enough to survive
He was built by death, he was known by death
And he sings the victorious song

Simple deeds, destruction hands
Defeating its material self
We have left you now,
you will never be found again
Feeble fortune and rotting food

Born Of The Flickering

Pure it is, like defenseless spring births
Unpleased by a sudden nightfall
Turned its back on love and life
And made it all unpure

Lovesongs of the dove, seen through
Time of what he song
A messenger of the nourishing light
Were attacked of enemy ravens
So therefore, it song no more

Pearlgate servants, in the end you gather
In the clouds beyond clouds
Foundation walls of the raising temple
Prisoners of a time that was

Promised sentences long before years
Came to join the hearse that rode
And will always ride
In the hearts of them, historical plague

King Of The Dark Ages

Centuries of human creations
Shall be buried in dust

Centuries of human creations
Shall be buried in dust

Wounds From The Night Of Magic

On Through The Desert Storm

Met the time of withering
Destiny, towards a clearer star
More bright than ever seen before
What's my will?

Well on his quest
In search for magnificense
He weakens before the grave of god
Banished, soon dead

See it in his eyes
Like you see it on the tombs
Of human decades, one by one
All the things he spoke of

Plastering the circuit split
Spawn of Satan, lightning blood
The circuit of demons, told him
What to see

Born in pity, so raised in pity
And grown to be what's weak
Suffering beneath my blade
As you bend your knees to the dust

Voices, spirits and smoke
From the pyre up by the glistering
Never more was this seen
In happiness and joy

Beyond the shell
Of souls enfolded in blood
Raining flat, my hands
Sacramental juice from stabbed wounds

Born in pity, so raised in pity
And grown to be what's weak
Suffering beneath my blade
As you bend your knees to the dust

Despise it. I do
The rise of mankind
Seen by time, all the years that went by
The rumbling of the night-thunder
Witnessed the stoning

Suicide... my only thought
Like the silence in the dark it haunts my world
A lonely soul, lost from the path of life
I am weak... I am strong...I am soon to be dead

A journey to the world of twilight
The last chapter of my life, it's now ending

Slowly fade away
To the other side
My final words shall be
Fuck this world....