Uploader Notes:
No Product key us needed
Please note that you cannot Burn it on a DVD5 and will need to use the USB install
You might need to active it after you have successfully installed it.
All version's are from Original MSDN Image...

Microsoft Windows 10 6in1 FULL (x64) Jan 2016 [TechTools]
Windows 10 is so familiar and easy to use, you’ll feel like an expert. The Start Menu is back in an expanded form, plus we’ll bring over your pinned apps and favorites so they’re ready and waiting for you.

With Windows 10 Pro, you’ve got a great business partner. It has all the features of Windows 10 Home, plus important business functionality for encryption, remote log-in, creating virtual machines, and more. Get fast start-ups, a familiar yet expanded Start menu, and great new ways to get stuff done, plus innovative features like an all-new browser built for online action and Cortana, the more personal digital assistant.

Features:
Join your Domain. You can connect to your business or school Domain or Azure Active Directory to use network files, servers, printers, and more.
Enhanced encryption. Get additional security with BitLocker to help protect your data with encryption and security management.
Remote log-in. Windows 10 enables you to log in with Remote Desktop to sign in and use your Pro PC while at home or on the road.
Virtual machines. Create and run virtual machines with Hyper-V so you can run more than one operating system at the same time on the same PC.
Your apps in the Store. Windows 10 lets you create your own private app section in the Windows Store for convenient access to company applications 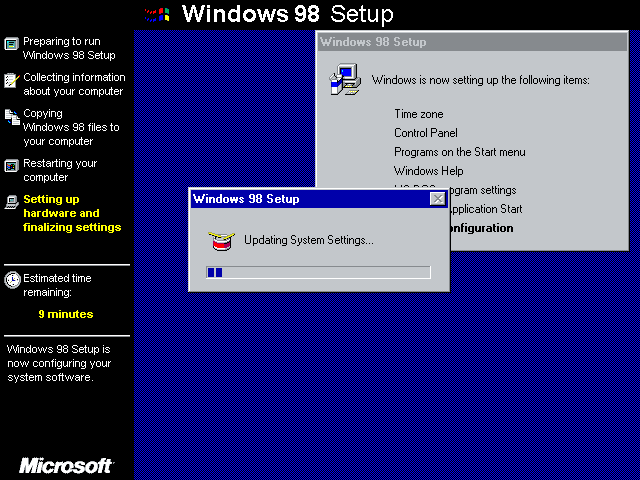 
Windows 98 is a continuation of the Windows 95 product. The major change is an insanely heavy focus on web integration. The help system, many applications, and even the desktop are redesigned to make use of Internet Explorer. Windows 98 runs on top of the same "MS-DOS 7.1" with FAT32 support as Windows 95 OSR2, and it includes support for USB 1.x. Windows 98 had two major releases - a First Edition and a Second Edition. It was followed up by Windows ME.

If a download does not include a boot disk, please see Microsoft Windows Boot Disks

Have something to share about Windows 98? Tell us! Comments on any WinWorld articles are welcome over on WinBoards, WinWorld's discussion forum.

Windows 98 Second Edition can be updated with the Microsoft .NET framework version 1.0, 1,1 and 2.0. The Visual C++ 2005 runtime is the last to carry Windows 98 support. The last version of Internet Explorer that can be installed on 98 SE is 6.0. Other available upgradeable components include DirectX 9.0c, Windows Installer 2.0, GDI+ redistributable, Remote Desktop Connection (XP 5.1), and Text Services Framework. The last version of Microsoft Office capable of running on Windows 98 is Office XP. 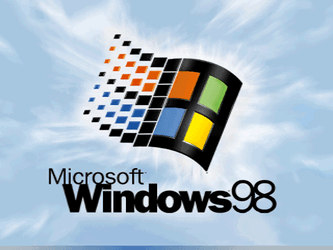 Hardware requirements can be bypassed in the setup with the undocumented /nm setup switch. This will allow systems as old as the 80386 with 8MB of RAM to run Windows 98 (although this will be far from optimal) 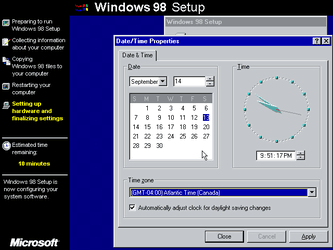 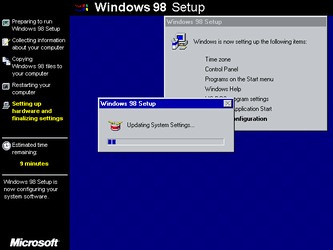 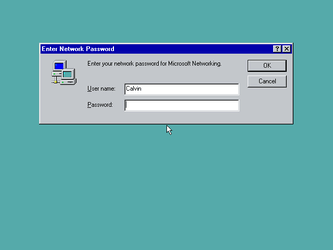 * Activation by KMS
(Exclusions are pre-set in Defender) 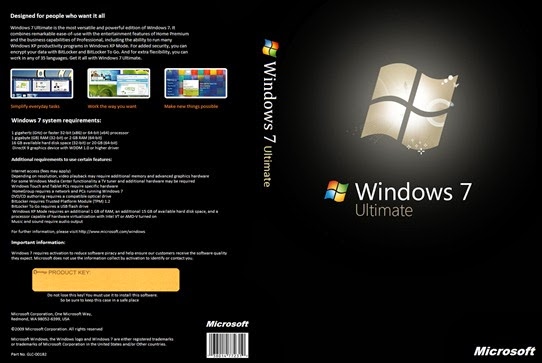 Windows 7 Activation Is Included In The Torrent. (~New Updated Version~)

Is a version of Microsoft Windows, a series of operating systems produced by Microsoft for use on personal computers, including home and business desktops, laptops, netbooks, tablet PCs, and media center PCs. Windows 7 was released to manufacturing on July 22, 2009, and reached general retail availability on October 22, 2009, less than three years after the release of its predecessor, Windows Vista. Windows 7's server counterpart, Windows Server 2008 R2, was released at the same time. Windows 7 will be succeeded by Windows 8, which has no release date as of yet.

Unlike its predecessor, Windows Vista, which introduced a large number of new features, Windows 7 was intended to be a more focused, incremental upgrade to the Windows line, with the goal of being compatible with applications and hardware with which Windows Vista is already compatible. Presentations given by Microsoft in 2008 focused on multi-touch support, a redesigned Windows Shell with a new taskbar, referred to as the Superbar, a home networking system called HomeGroup, and performance improvements. Some standard applications that have been included with prior releases of Microsoft Windows, including Windows Calendar, Windows Mail, Windows Movie Maker, and Windows Photo Gallery, are not included in Windows 7; most are instead offered separately at no charge as part of the Windows Live Essentials suite.

Windows 7 includes a number of new features, such as advances in touch and handwriting recognition, support for virtual hard disks, improved performance on multi-core processors, improved boot performance, DirectAccess, and kernel improvements. Windows 7 adds support for systems using multiple heterogeneous graphics cards from different vendors (Heterogeneous Multi-adapter), a new version of Windows Media Center, a Gadget for Windows Media Center, improved media features, the XPS Essentials Pack and Windows PowerShell being included, and a redesigned Calculator with multiline capabilities including Programmer and Statistics modes along with unit conversion. Many new items have been added to the Control Panel, including ClearType Text Tuner, Display Color Calibration Wizard, Gadgets, Recovery, Troubleshooting, Workspaces Center, Location and Other Sensors, Credential Manager, Biometric Devices, System Icons, and Display. Windows Security Center has been renamed to Windows Action Center (Windows Health Center and Windows Solution Center in earlier builds), which encompasses both security and maintenance of the computer. The default setting for User Account Control in Windows 7 has been criticized for allowing untrusted software to be launched with elevated privileges without a prompt by exploiting a trusted application. Microsoft's Windows kernel engineer Mark Russinovich acknowledged the problem, but noted that malware can also compromise a system when users agree to a prompt. Windows 7 also supports images in the RAW image format through the addition of Windows Imaging Component-enabled image decoders, which enables raw image thumbnails, previewing and metadata display in Windows Explorer, plus full-size viewing and slideshows in Windows Photo Viewer and Window Media Center.
The taskbar has seen the biggest visual changes, where the Quick Launch toolbar has been replaced with pinning applications to the taskbar. Buttons for pinned applications are integrated with the task buttons. These buttons also enable the Jump Lists feature to allow easy access to common tasks. The revamped taskbar also allows the reordering of taskbar buttons. To the far right of the system clock is a small rectangular button that serves as the Show desktop icon. This button is part of the new feature in Windows 7 called Aero Peek. Hovering over this button makes all visible windows transparent for a quick look at the desktop. In touch-enabled displays such as touch screens, tablet PCs, etc., this button is slightly wider to accommodate being pressed with a finger. Clicking this button minimizes all windows, and clicking it a second time restores them. Additionally, there is a feature named Aero Snap, that automatically maximizes a window when it is dragged to the top of the screen. Dragging windows to the left/right edges of the screen allows users to snap documents or files on either side of the screen for comparison between windows. When a user moves windows that were maximized using Aero Snap, the system restores their previous state automatically. This functionality is also accomplished with keyboard shortcuts. Unlike in Windows Vista, window borders and the taskbar do not turn opaque when a window is maximized with Windows Aero applied. Instead, they remain translucent.

A number of capabilities and certain programs that were a part of Windows Vista are no longer present or have been changed, resulting in the removal of certain functionalities. These include the classic Start Menu user interface, some taskbar features, Windows Explorer features, Windows Media Player features, Windows Ultimate Extras and InkBall. Four applications bundled with Windows Vista — Windows Photo Gallery, Windows Movie Maker, Windows Calendar and Windows Mail — are not included with Windows 7, but applications with mostly similar functionality are instead available for free in a separate package called Windows Live Essentials which can be found on the Microsoft website. Although Windows Ultimate Extras was removed, many of the extras are able to be installed. Most popular extras were Microsoft Texas Hold 'em, Microsoft Tinker, and Windows DreamScene. InkBall may also be installed into Windows 7.

Windows 7 is available in six different editions, but only the Home Premium, Professional, and Ultimate editions are available for retail sale to consumers in most countries. The other editions are aimed at other markets, such as the developing world or enterprise use. Each edition of Windows 7 includes all of the capabilities and features of the edition below it. All editions support the 32-bit (IA-32) processor architecture and all editions except Starter support the 64-bit (x86-64) processor architecture. The installation media is the same for all the consumer editions of Windows 7 that have the same processor architecture, with the license determining the features that are activated, and license upgrades permitting the subsequent unlocking of features without re-installation of the operating system. This is the first time Microsoft has distributed 2 DVDs (1 DVD for IA-32 processor architecture, the other DVD for x86-64 processor architecture) for each edition of Windows 7 (Except for Starter and Home Basic. However, installation DVD of Windows 7 Home Basic 64-bit edition is not included but can be obtained from Microsoft.). Users who wish to upgrade to an edition of Windows 7 with more features can then use Windows Anytime Upgrade to purchase the upgrade, and unlock the features of those editions. Some copies of Windows 7 have restrictions, in which it must be distributed, sold, or bought and activated in the geographical region (One of the geographical regions can be either: Southeast Asia; India; or Latin America and the Caribbean) specified in its front cover box.
Microsoft is offering a family pack of Windows 7 Home Premium (in select markets) that allows installation on up to three PCs. The "Family Pack" costs $259.99 in the United States; it was available at a cost of $149.99 for some weeks when it was first introduced. 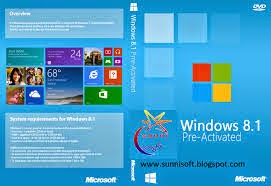 
System requirements :
Processor: 1 GHz or more.
RAM: 1 GB or more .
Free space on hard drive: 16 GB or more
Graphics card : graphics device Microsoft DirectX 9 or later .
Additional requirements to use certain features
To use the touch features require tablet or monitor that supports multitouch
To access the Windows Store to download and run applications that require an active internet connection and a screen resolution of at least 1024 x 768 pikseley.Dlya bind applications requires a minimum screen resolution of 1366 x 768

This assembly was based on the original images of Windows 8.1 x86/x64, including Internet Explorer 11 with stitched updates to November 2013. The system is clean.

Cusp :
Installers Windows 8.1 were harmed during the creation of this image .
No programs have been added .
Registry by the original .
the latest updates for November 2013
integrated Internet Explorer 11