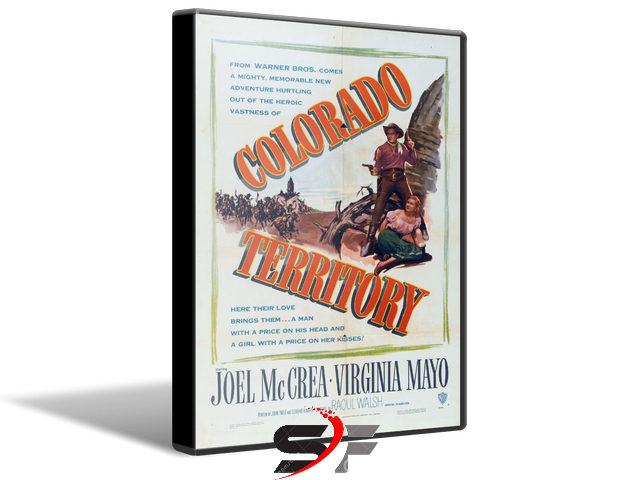 Colorado Territory is a 1949 American Western film directed by Raoul Walsh and starring Joel McCrea, Virginia Mayo, and Dorothy Malone. Written by Edmund H. North and John Twist, and based on the novel High Sierra by W.R. Burnett, the film is about an outlaw who is sprung from jail to help pull one last railroad job.This version is a remake of the 1941 crime film High Sierra starring Humphrey Bogart, also directed by Walsh. The story was remade for a third time in 1955 as I Died a Thousand Times with Jack Palance and Shelley

Notorious outlaw Wes McQueen (Joel McCrea) breaks out of jail and heads off to the Colorado Territory to meet the man who arranged the escape, his old friend Dave Rickard (Basil Ruysdael). Along the way, the stagecoach he is riding in is attacked by a gang of robbers. When the driver and guard are both killed, McQueen kills or drives off the remaining gunmen, earning the gratitude of the other passengers, dreamer Fred Winslow (Henry Hull) and his daughter Julie Ann (Dorothy Malone). Winslow has bought a ranch sight unseen and looks forward to making his fortune.McQueen arrives at the ghost town of Todos Santos, where Reno Blake (John Archer) and Duke Harris (James Mitchell) are waiting for him, along with Reno's part-Indian girlfriend, Colorado Carson (Virginia Mayo). After looking them over (and not liking what he sees), he heads off to a nearby town to meet an ailing Rickard, who asks McQueen to pull off one last big train robbery so they can both retire.With the exception of Rickard, McQueen distrusts everybody else in the gang, including ex-private detective Pluthner (Harry Woods), who recruited Reno and Duke, and Homer Wallace (Ian Wolfe), the railroad informant. McQueen wants to go straight, but agrees to do the job out of gratitude and friendship.While waiting for the robbery, McQueen decides to keep Colorado with him to avoid stirring up trouble between Duke and Reno. Although Colorado falls for him and tells him so, McQueen still dreams of marrying Julie Ann and settling down. When he visits the Winslow ranch, he finds it a poor, arid place. Winslow warns him that Julie Ann loves Randolph, a rich man back east. Winslow took her away because Randolph would never have married so far beneath him socially. McQueen, however, is undeterred.The day of the robbery, a suspicious McQueen talks to Wallace's wife and discovers he has betrayed the gang for the reward money. Forewarned, McQueen uncouples the passenger cars in which the sheriff and his men are waiting in ambush, leaving them behind. Duke and Reno, as prearranged with Pluthner, also try to double cross McQueen, but he is prepared for them too. He gets the drop on them, takes the money, and leaves the pair handcuffed together for the sheriff to capture and later hang. He and Colorado go to split the money with Rickard, only to find Pluthner over the old man's dead body. McQueen kills him, but is shot in the shoulder.A wounded McQueen heads to the Winslow ranch, where Winslow helps Colorado remove the bullet, even after he is told who McQueen really is and what he has done. McQueen overhears Julie Ann tell her father they should turn him in for the reward money. Winslow, though, lies to the sheriff and posse when they show up.McQueen realizes he loves Colorado and asks her to marry him. They plan a new life in Mexico, but are found hiding out in Todos Santos. He gives her the money, telling Colorado to bury it (she leaves it near the collection box for the mission). McQueen drives off her horse so she cannot follow him, then makes a desperate dash for the border. He is trapped in a long-deserted cliffside Indian settlement, but is too good a marksman for his pursuers to rush him. Colorado eventually arrives on foot.The sheriff comes up with a devious plan. After stationing an Indian sharpshooter, he and all but two of his men ride away to a (fictional) back entrance. As the lawman had hoped, Colorado grabs a gun from one of the men, orders them to walk away, and takes the two remaining horses to McQueen. He emerges and is wounded by the sharpshooter. When the posse returns, Colorado shoots back, and the two lovers die in a hail of gunfire. 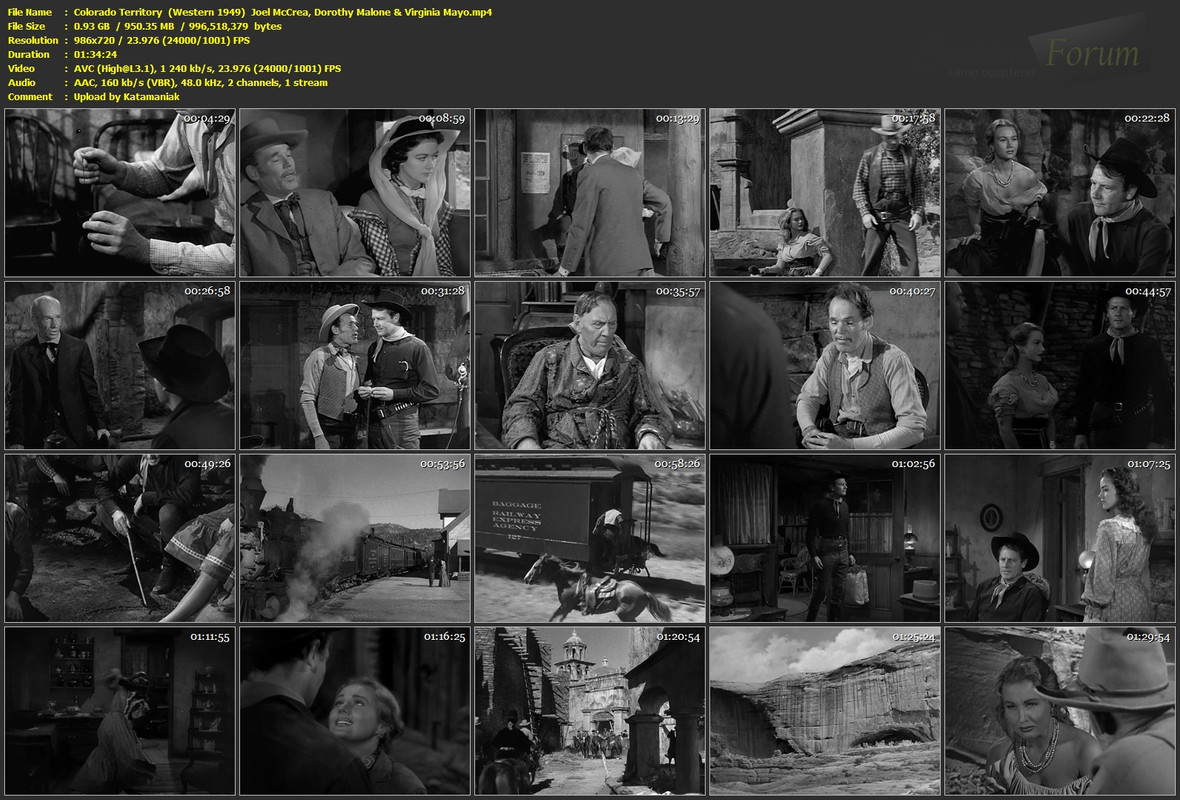 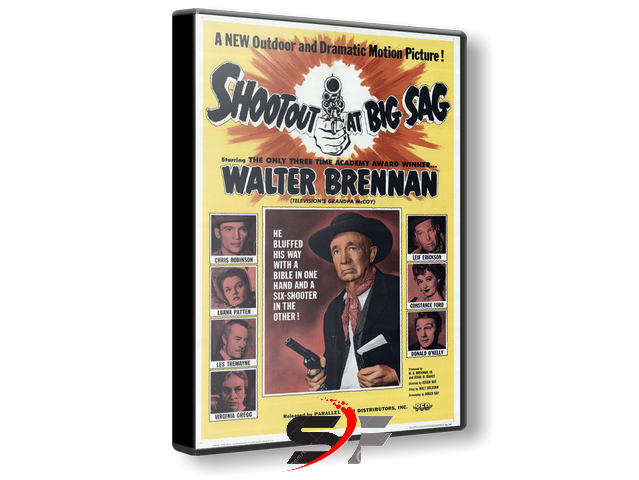 A man has his eyes set on controlling the Big Sag territory in Montana and hopes to achieve his goal by forcing a newly-arrived family from Texas from their land. Hoping to convince the local saloonkeeper to help him, the man sends his daughter into town with instructions for his potential partner. A storm waylays the daughter during her trip to town and she is forced to stay at the home of her father’s intended victims, leading to an interesting turn or two. 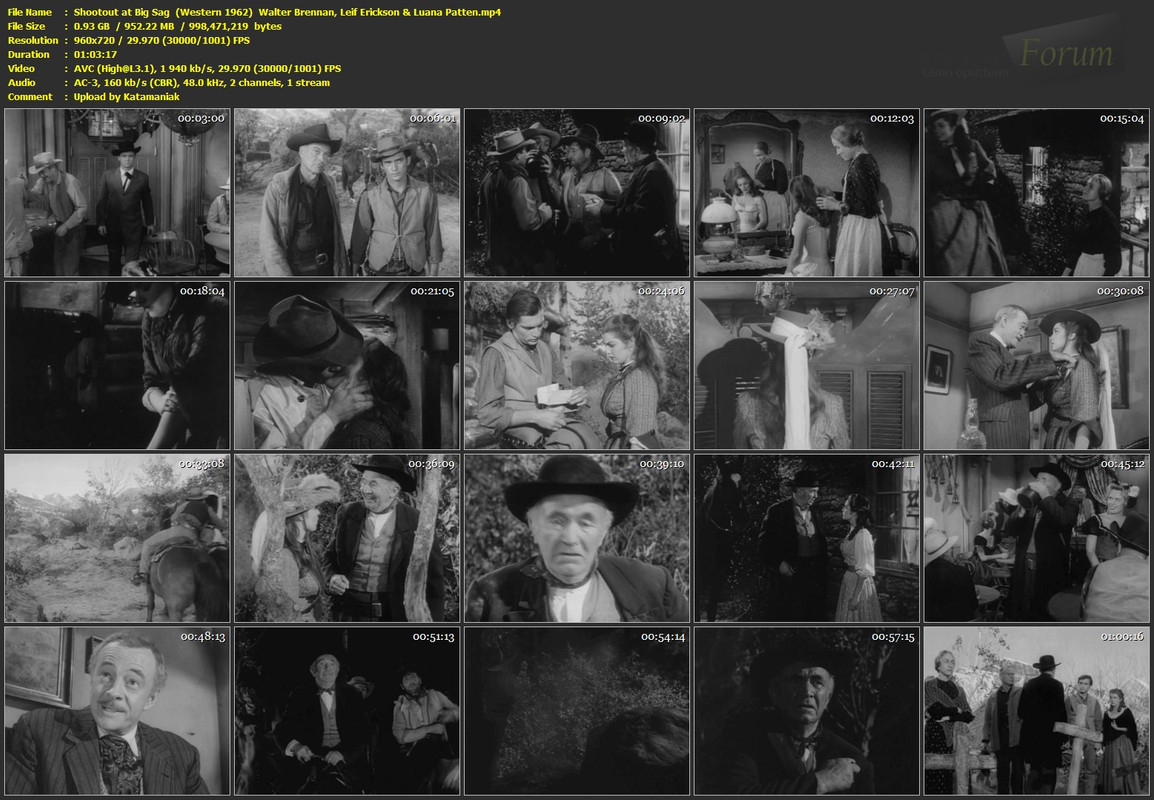 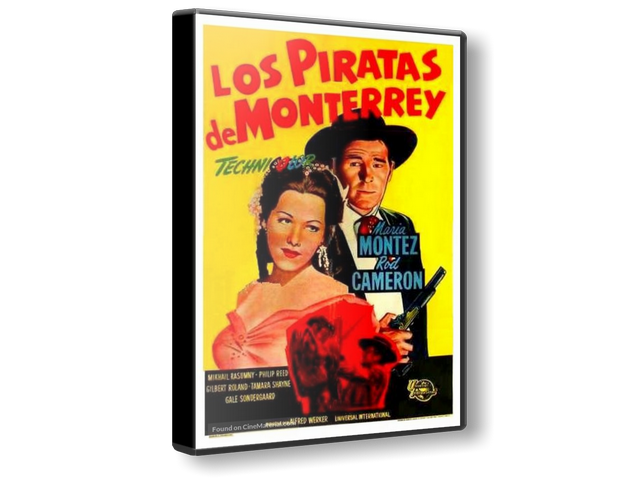 Pirates of Monterey is a 1947 American Technicolor Western film directed by Alfred L. Werker starring Maria Montez and Rod Cameron. It was the last movie she made for Universal

Wealthy aristocrat Marguerita Novarro and her maid are rescued by Phillip Kent when their carriage breaks loose. It is 1840 and California is ruled by the Mexican government. Kent is transporting rifles from Mexico City to California to be used by soldiers there.

The women hide and ride with Kent's caravan to Santa Barbara. Although she is wealthy and can pay, Kent says he will forego any remuneration from Marguerita in exchange for the first dance at a festival. As love blossoms, they continue north to Monterey with the caravan, where Kent is reunited with an old friend, Lt. Carlos Ortega, only to learn that Ortega is engaged to be married to Marguerita.

An attack by Spanish royalists leaves Ortega seriously injured. Manuel De Roja is taken prisoner by Kent and turned over to one of Ortega's men, but the officer in charge turns out to be Manuel's own brother, Major De Roja.

Now in love, Marguerita and Kent try to leave Monterey together but are captured by De Roja's men. A jealous Ortega searches and is also taken captive, but after an escape, Kent kills De Roja in a battle with swords. Mexico's soldiers rout the royalists, and a grateful Ortega gives his blessings to Marguerita and Kent. 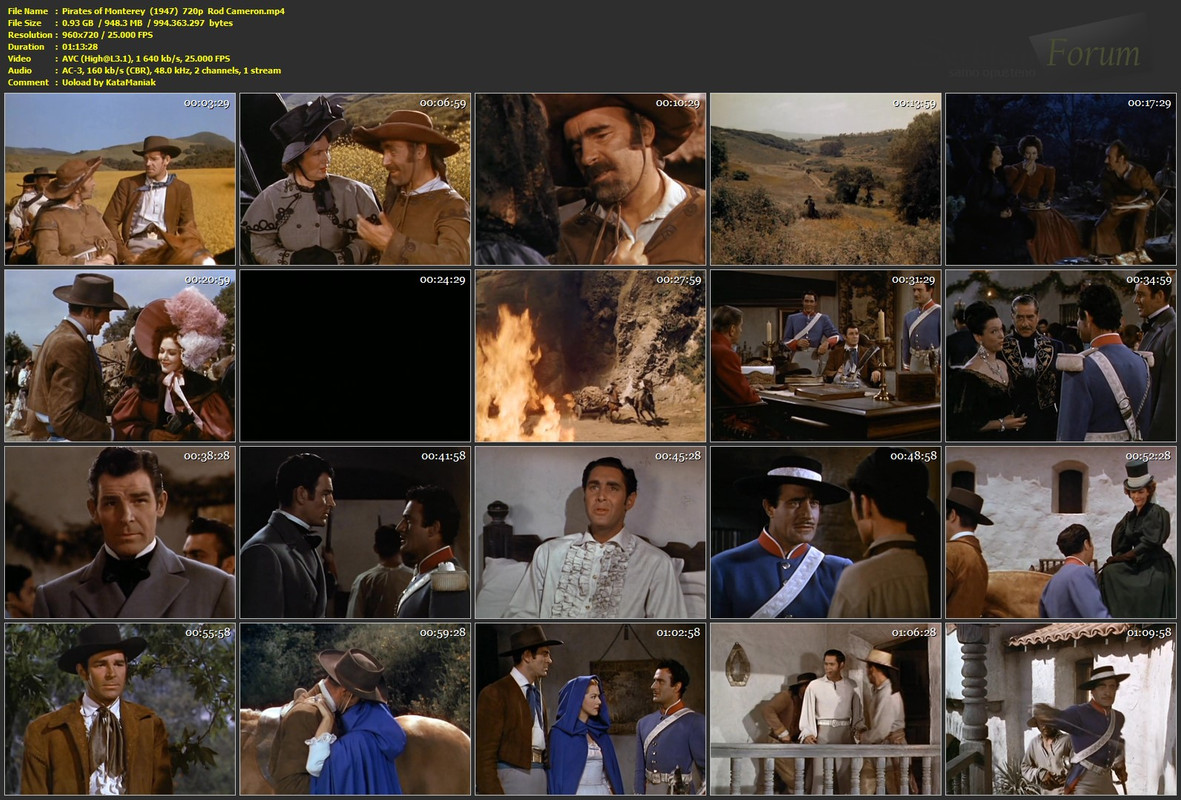 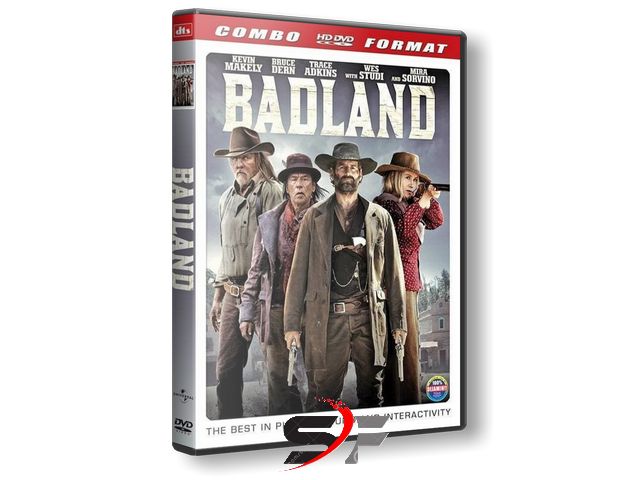 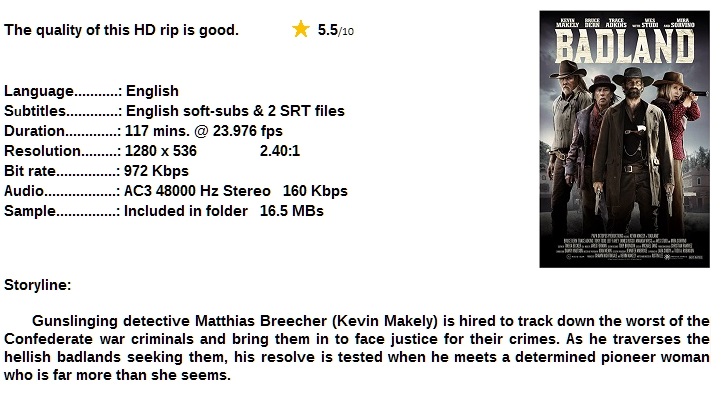 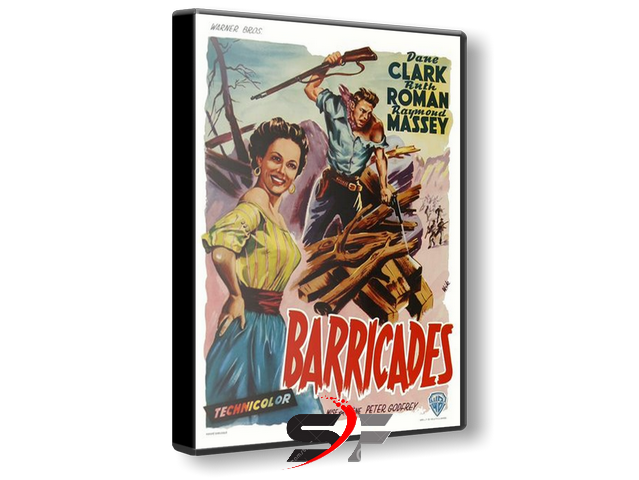 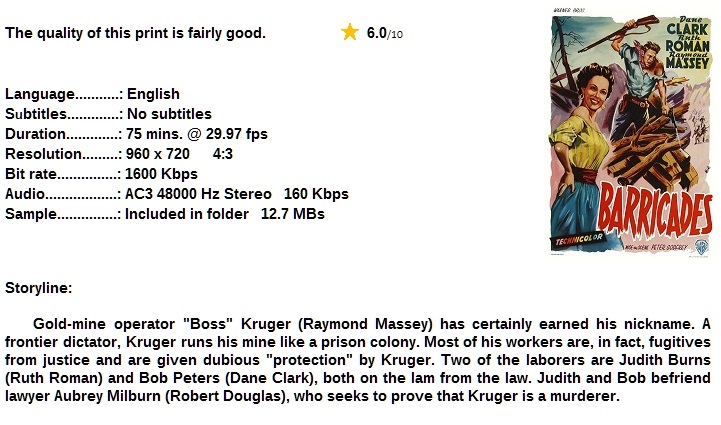 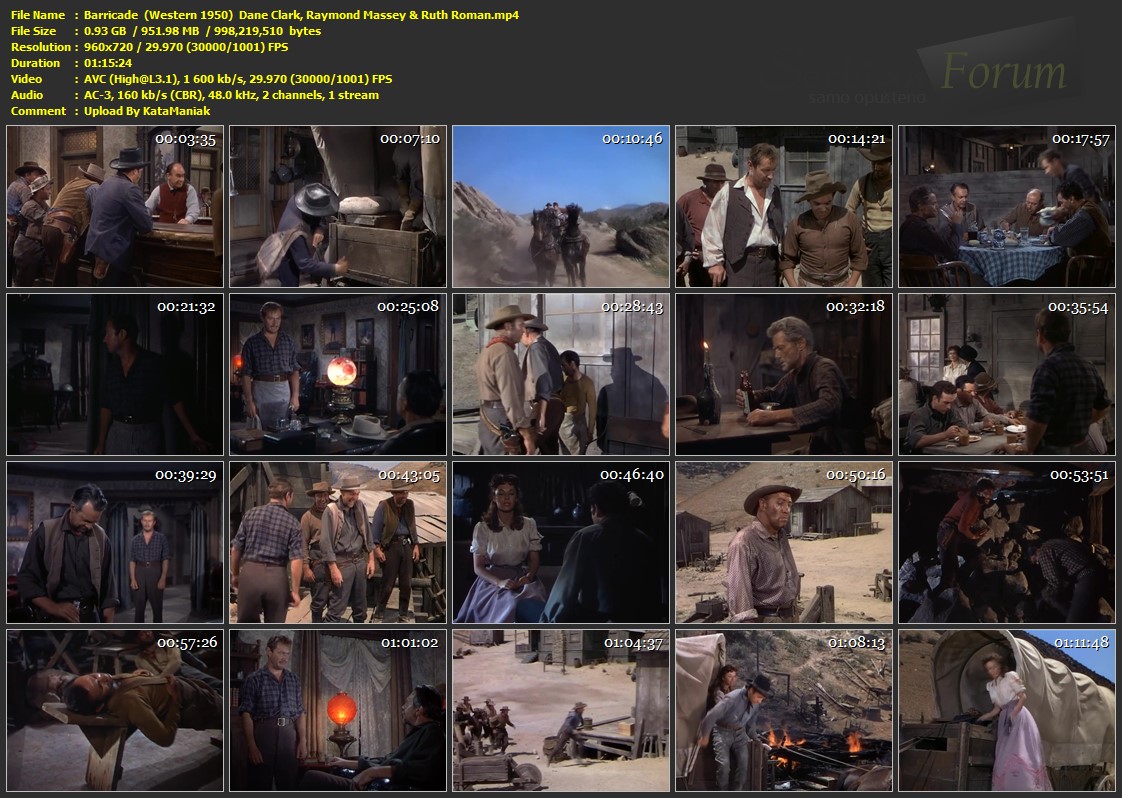 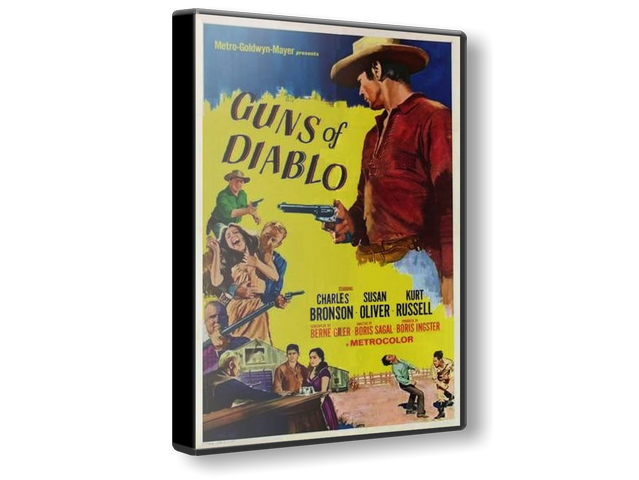 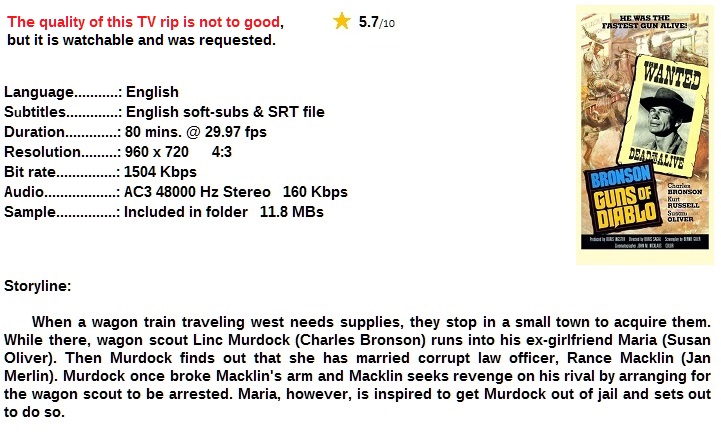 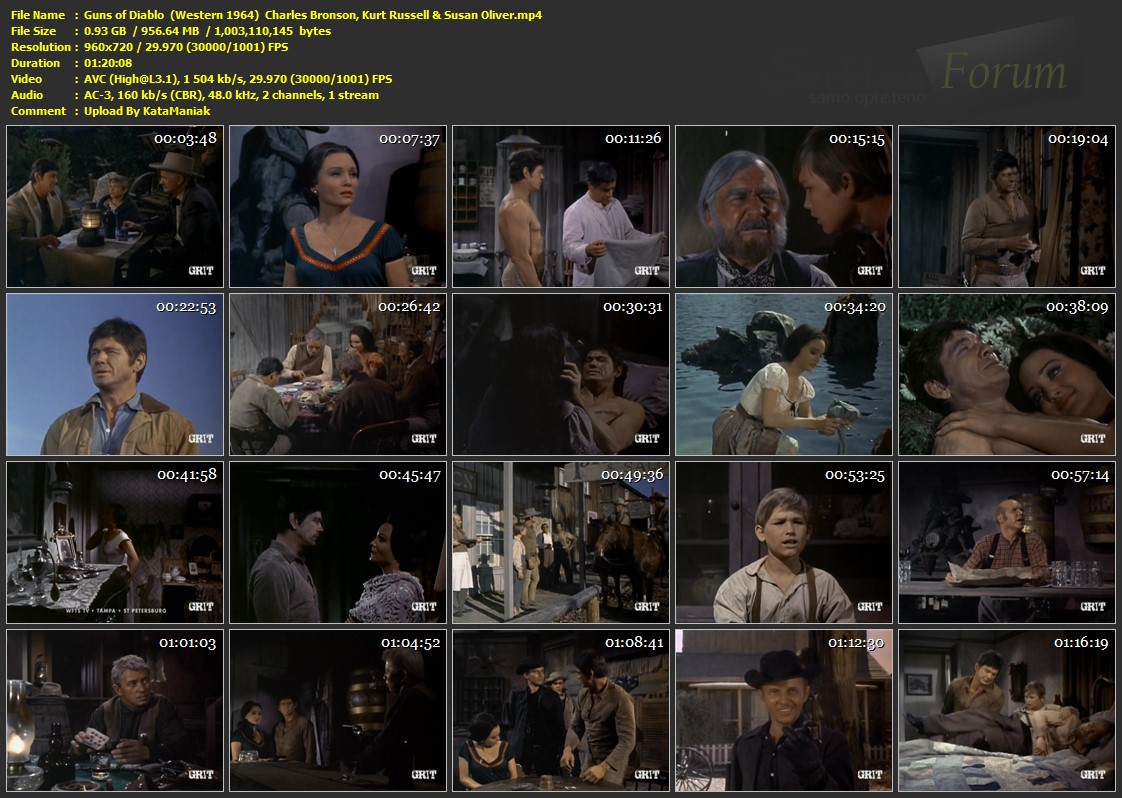 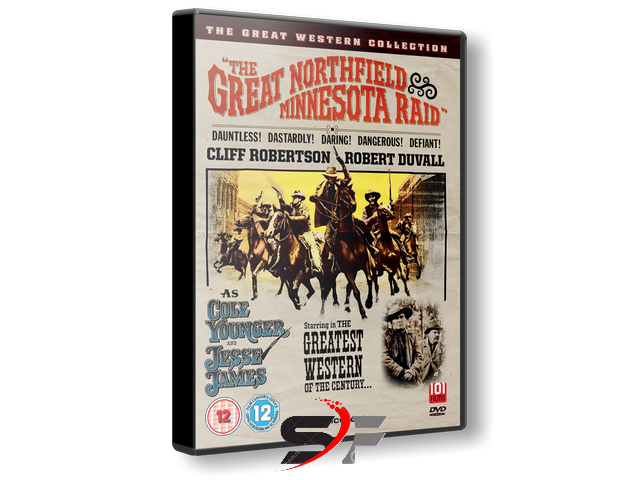 
This is another telling of the story of the James/Younger gang, or at least a part of the story and depicts the events leading up the infamous raid in Minnesota during 1876 which resulted in the death of several gang members and the capture of most of the others. Only Frank and Jesse James managed to escape after the botched and bloody bank raid.

The movie's got a great cast, headed by Cliff Robertson and Robert Duvall. Robertson plays Cole Younger and he is portrayed as the brains of the bunch, while Duvall's Jessie James is presented as the meanest young psycho this side of Emilio Estevez's Billy the Kid in the Young Gun movies. The films is made in a king of semi documentary style - the Wild West is given the Dragnet treatment, the original advertising boasted. And this does indeed give the movie the feel of looking in on events as they happened, almost as if this was some news reel footage from a time before news reels were invented.

The film does drag a bit but it's certainly not a bad movie and the detail in recreating the period is quite meticulous. One particular scene where Cole Younger watches a Baseball game - it's the new thing. Everyone's playing it back East - is excellent and the final shoot out is brilliantly staged.

'Anyone can get shot down. It's the getting back up that's the thing.'

Duvall's performance alone makes the film a must see, but the real star is Cliff Robertson who gives us a realistic portrayal of Cole Younger, basically a good man caught up in violent times. The film ends with the immediate aftermath of the botched raid and tells us that Jesse James was killed in 1882 by that coward Bob Ford, while Cole was captured during the raid shown in this movie and ended up in prison. He lived though until 1916 when he died a free man after being paroled in 1901.

Not exceptional but a damn good western all the same.
Kliknite za proširenje... 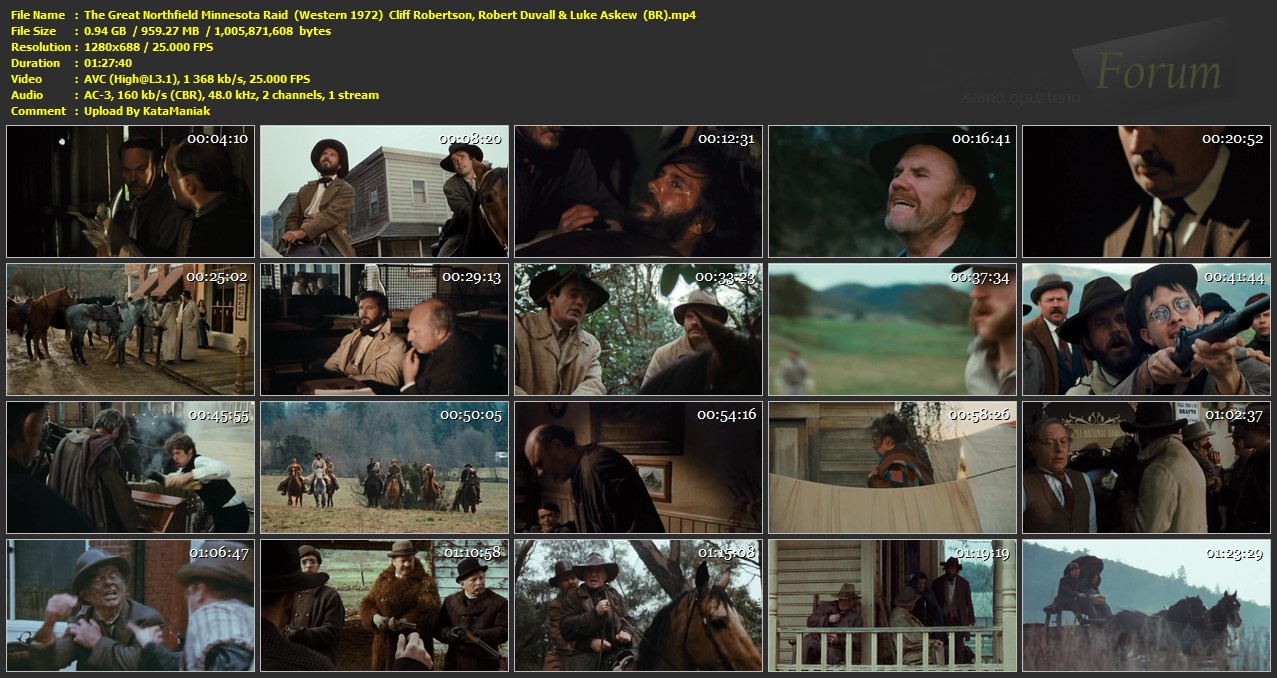 www.imdb.com
Playing against type, Dean Martin is an ex-lawman who has decided to illegally profit from his abilities. He now owns most of the town of Jericho, and has hired a band of gunmen to enforce his edicts. Outside of town, Martin ambushes a stagecoach that is carrying a passenger, ex-deputy George Peppard. From a hidden spot in the brush, Martin shoots up the coach and rides away. Arriving in town, Peppard meets Jean Simmons who has refused Martin's attempts to take over operation of her stage line. After a few days, Peppard becomes attracted to Simmons, but he sees that the odds against them are too great, and is on the verge of leaving town. But, after Martin sends his men to intimidate Simmons and one and physically roughs up Simmons, Peppard steps in. Peppers organizes the few men in town who are willing to put up a fight, and attacks enterprises that are owned by Martin. Finally, in a showdown, Martin and Peppard battle it out, ironically in the same spot that Martin originally ambushed the stagecoach. 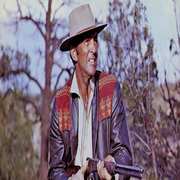 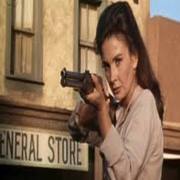 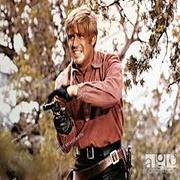