Directed by Anthony Mann. With James Stewart, Arthur Kennedy, Donald Crisp, Cathy O'Donnell. Newcomer Will Lockhart defies the local cattle baron and his sadistic son by working for one of his oldest rivals.

www.imdb.com
Mysterious Will Lockhart delivers supplies to storekeeper Barbara Waggoman at Coronado, an isolated town in Apache country. Before long, he's tangled with Dave Waggoman, vicious son of autocratic rancher Alec and cousin of sweet Barbara. But he sticks around town, his presence a catalyst for changes in people's lives, searching for someone he doesn't know...who's been selling rifles to the Apaches.

Directed by Edward Dmytryk. With Richard Widmark, Henry Fonda, Anthony Quinn, Dorothy Malone. A famous gunman becomes the marshal of Warlock to end a gang's rampages, but is met with some opposition by a former gang member turned deputy sheriff who wants to follow only legal methods.

www.imdb.com
In the small frontier mining town of Warlock, rancher Abe McQuown's gang of cowboy cutthroats terrorize the peaceful community, humiliating the town's legitimate deputy Sheriff and running him out of town. Helpless and in need of protection, the townsfolk hire the renowned town tamer Clay Blaisdell, as unofficial Marshal, to bring law and order to the town. Clay arrives with his good friend and backup Tom Morgan. The two men stand up to the ranch gang and quiet the town. Johnny Gannon, a former member of the ranch gang is bothered by the gang's actions, reforms and takes on the deputy Sherrif job while his brother remains part of the gang. The addition of the official lawman to the mix further complicate matters, leading to an inevitable clash of the cowboys, the townsfolk, the gunslingers and the law. 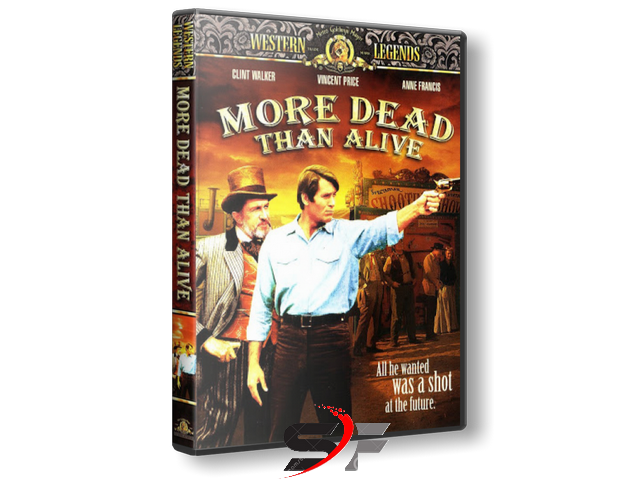 Clint Walker is Cain, a former gunman for hire released from prison after 18 years and determined not to return to making a living with a gun.Problem is, no one will give him much of a chance except for sideshow owner Don Ruffalo (Vincent Price), who already owns Cain’s old six-gun and wants “Killer” Cain as his new star attraction.His “old” attraction, a young fast gun named Billy Valance (Paul Hampton), isn’t eager to be replaced as the star of the show, but is eager to prove he’s just as good as Cain.All the while, Cain has to deal with men who want to even the score for his bloody past, including a former lawman named Carson and a former fellow inmate named Luke Santee.He also makes friends with — and eventually romances — Monica Alton (Anne Francis), a free spirit who flunked out of college and is devoting her life to documenting the disappearing West through her artwork. 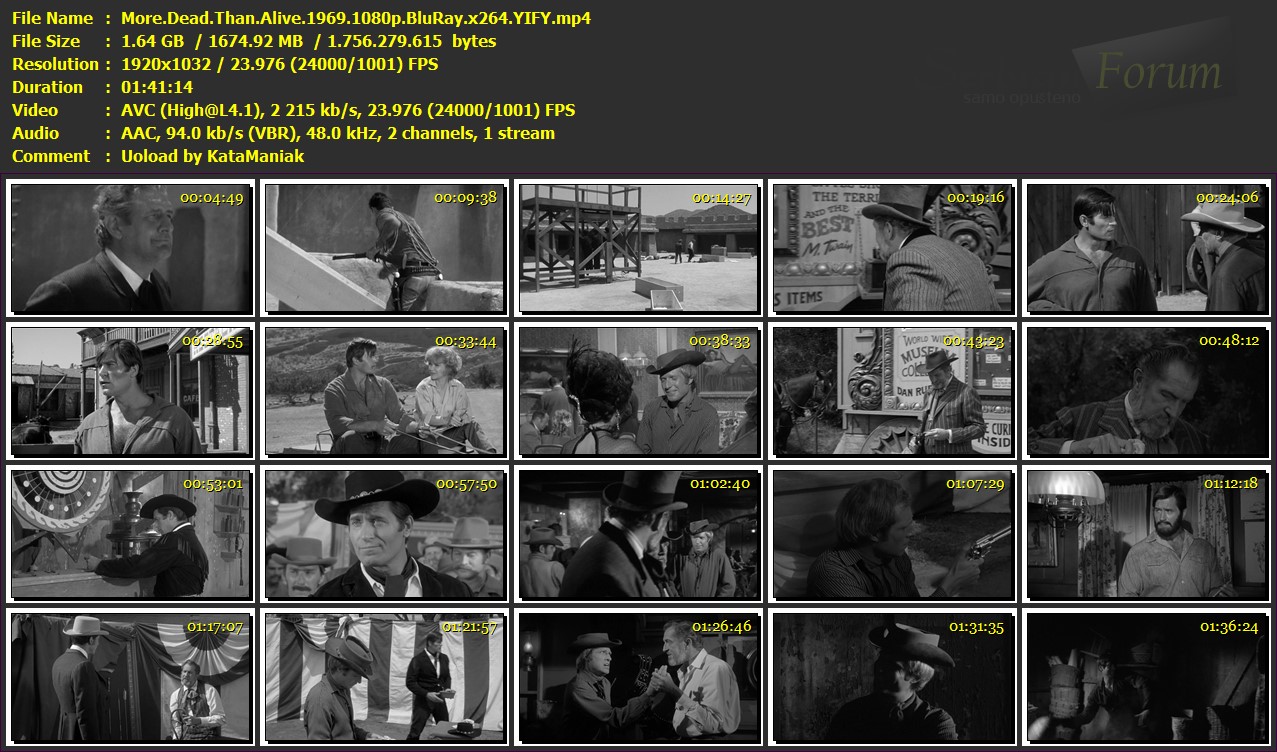 
Following Napoleon's Waterloo defeat and the exile of his officers and their families from France, the U.S.Congress, in 1817, granted four townships in the Alabama territory to the exiles. Led by Colonel Georges Geraud and General Paul DeMarchand, the struggling settlers have made a thriving community, called Demopolis, by the summer of 1819. On a shopping trip to Mobile, Fleurette DeMarchand, the General's daughter, meets John Breen, a Kentucky rifleman, who detours his regiment through Demopolis to court her. But Fleurette, despite her wish to marry for love, must bow to the needs of her fellow exiles, who are at the mercy of the rich and wealthy Blake Randolph, and who wants her as his bride. But John Breen has no intention of allowing that to happen, resigns from his regiment, and takes up the fight against Randolph and his hirelings. 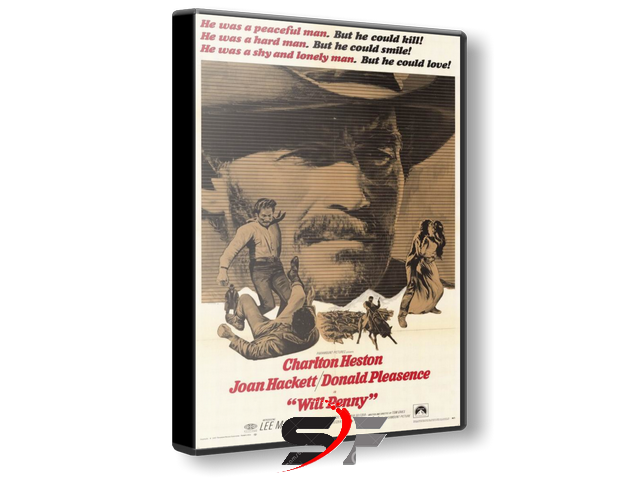 Charlton Heston is Will Penny, an aging cowhand who rides off at the end of a trail drive looking for a drink of whiskey and his next job.He and friends Blue (Lee Majors) and Dutchy (Anthony Zerbe) come across a bull elk that looks like it’d make for a tasty meal.But a dispute breaks out over the animal with a rag-tag family approaching from across the river. Soon, gunfire rings out.Dutchy is wounded — perhaps by his own bullet. And a son of Preacher Quint (Donald Pleasance) is dead by the river bank. The preacher vows vengeance.Penny eventually parts from his friends after getting Dutchy to a doctor. He finds a new job too, manning a line camp for the winter for the Flat Iron ranch.But he finds his cabin already inhabited by Catherine Allen (Joan Hackett) and her son Horace. They’ve been abandoned by the guide leading them to California where Catherine’s husband has a farm.Nesters are prohibited on the Flat Iron range, so Will orders them off the property. He wants them gone by the time he returns from checking out the range he’ll be patrolling for the winter.That’s when Preacher Quint returns with his two remaining sons. By the time they’re done with Will, he’s stabbed, burned, beaten, bleeding and left for dead.He manages to make it back to the line camp where Catherine nurses him back to health. Over time, he becomes fond of her and her son.He and Catherine begin re-examining their futures too. Catherine faces one with an unloving husband. Will faces one of endless drifting.But they won’t have a future if Preacher Quint learns that Will is still alive. 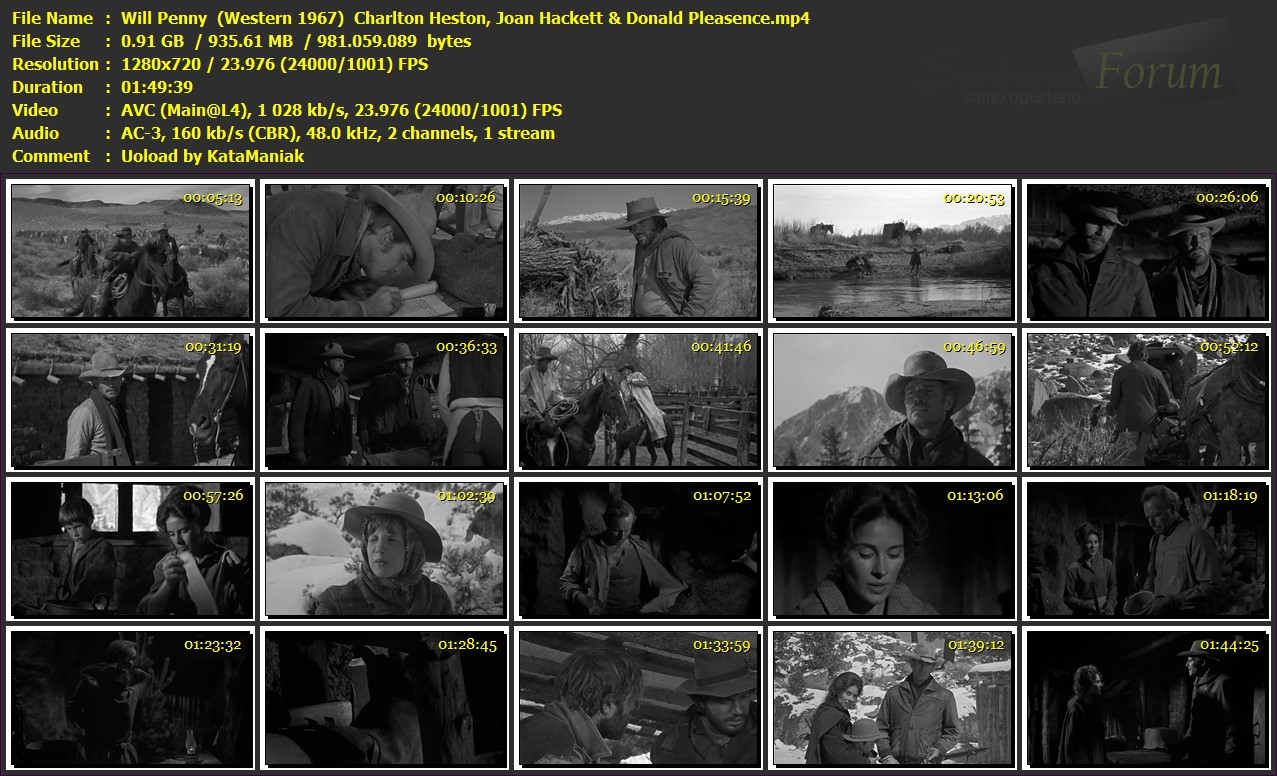 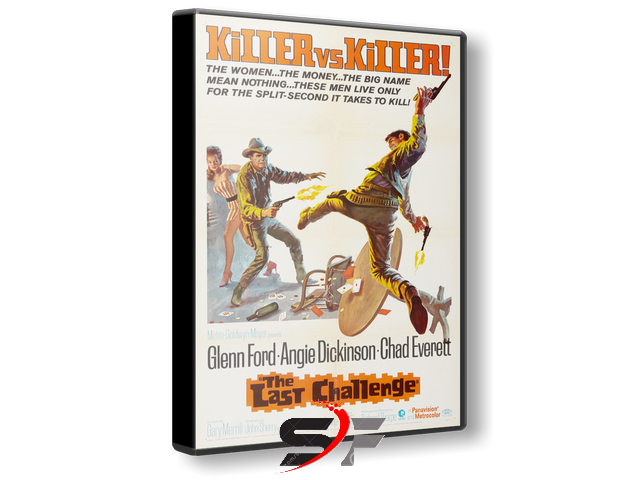 Glenn Ford is Dan Blaine, a quick gun who has settled down as marshal of a Western town and found love in saloon owner Lisa Denton (Angie Dickinson).Then Lot McGuire (Chad Everett) arrives in town, eager to prove he’s the fastest gun around — eager to make that point by killing Dan Blaine.Problem is Dan takes a liking to the young man. Lot reminds Blaine of himself when he was young. Or perhaps of the son he never had.Dan tries to convince the young man there’s more to life than a reputation as a fast gun. And that there’s no way he’ll win a showdown between the men. That to try is a sure path to boot hill.Lisa’s not so certain. And she’s scared of the impact on Blaine even if he wins the gunfight, scared to the point that she hires a stranger to gun down Lot and even considers killing him herself.