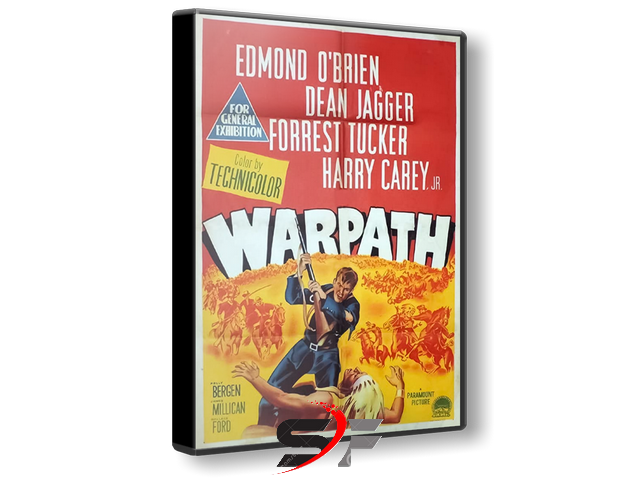 Warpath is a 1951 Technicolor Cavalry Western film directed by Byron Haskin and starring Edmond O'Brien, Polly Bergen and Dean Jagger.The film was released as a Fawcett Comics Film#9 in August 1951.

John Vickers has spent eight years hunting for the three men who murdered the woman he loved. He finds one, Woodson, and kills him in a gunfight, but not before learning that the other two men have joined the U.S. Cavalry.

En route to North Dakota, where Vickers plans to join the men under the command of George Armstrong Custer to continue his search, he sees a sergeant named O'Hara physically manhandling a woman. Molly Quade is grateful for his intervention, but O'Hara gets even when Vickers ends up serving under him at the fort, giving him the most unpleasant duties.

Molly has come to the fort to help her father Sam Quade run a general store. He is opposed to her attraction to Vickers. On an assignment, soldiers are badly outnumbered by a band of Sioux until being rescued by Custer and his troops. Vickers is recognized by Custer as a former Union officer and is promoted to first sergeant.

O'Hara realizes that Vickers suspects him to be one of the killers of his fiancee. An ambush attempt fails, so he deserts the Army and flees. A wagon train is formed to evacuate civilians while Custer prepares to do battle at Little Big Horn, but along the way, Molly, her father and Vickers are taken captive. O'Hara is a prisoner, too, and when he learns Custer's men will be hopelessly outnumbered and slaughtered, he tries to go warn the general and sacrifices his own life, distracting the Sioux until the others can escape.

Molly becomes aware that Sam, her father, is the third killer Vickers has been seeking. Before she can persuade Vickers not to kill him, Sam rides off to warn Custer, which will certainly lead to his own death.​
Kliknite za proširenje... 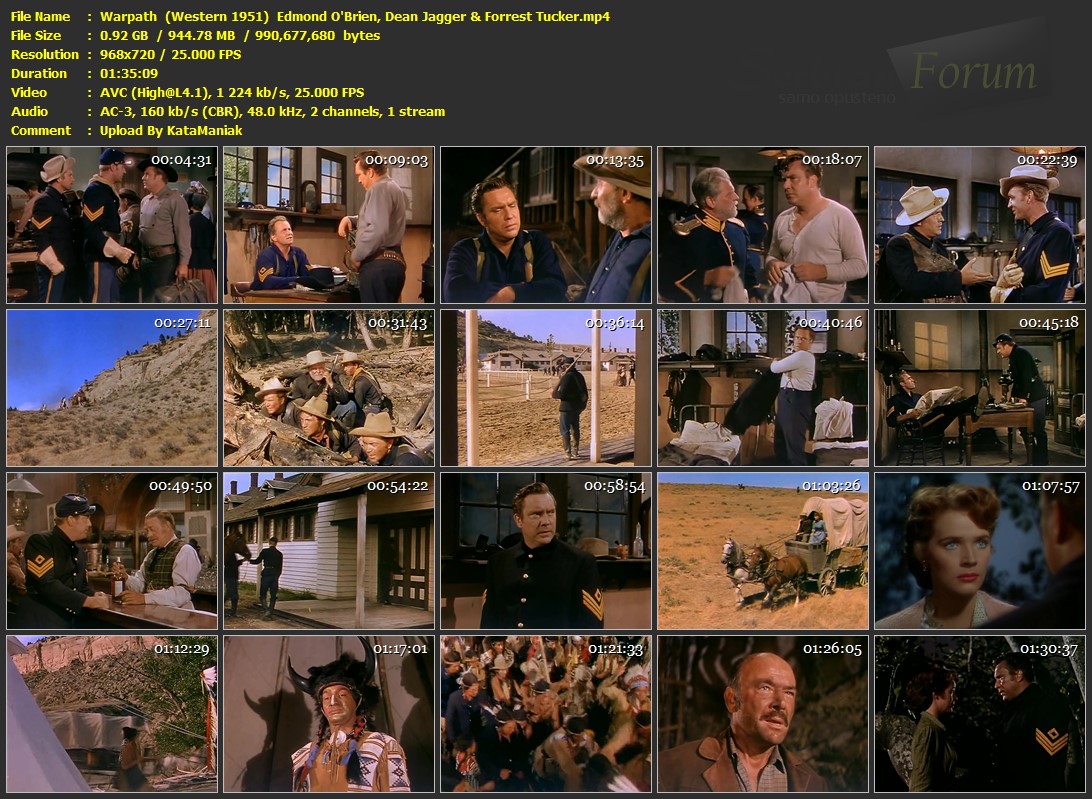