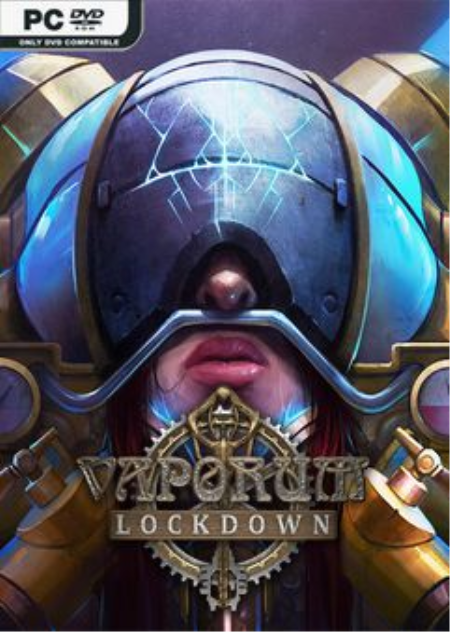 Vaporum: Lockdown is a prequel to the award-winning steampunk dungeon crawler Vaporum.​
It is a grid-based, single-player, single-character game, seen from a first-person perspective in an original steampunk setting, and inspired by old-school games like Dungeon Master I and II, the Eye of the Beholder series, and the more recent Legend of Gock I and II.
Vaporum: Lockdown follows the story of Ellie Teller, a scientist who is a part of a mysterious research project in the middle of an ocean. Following disastrous events, she struggles to survive and escape the tower of Arx Vaporum.

You will encounter nasty ens with unique strengths and attack patterns. To beat them, you will have to employ a broad array of weapons, gadgets, upgrades, and smart tactics.

Fortunately, there's plenty of powerful toys to play with. Many different weapon types, each with a specific use, synergistic armor pieces, gadgets that allow you to raise your own army of underlings or to manipulate the battlefield, boosters, and more.

Prepare to solve many kinds of puzzles and hazards, using various interactive elements, which will test both your wits and reflexes. The overall storyline will have you piecing together a solution to the main obstacle, where the individual pieces are spread over several levels. You will learn a lot about the world and its inhabitants through voiced dialogs, phonodiaries, and written notes.