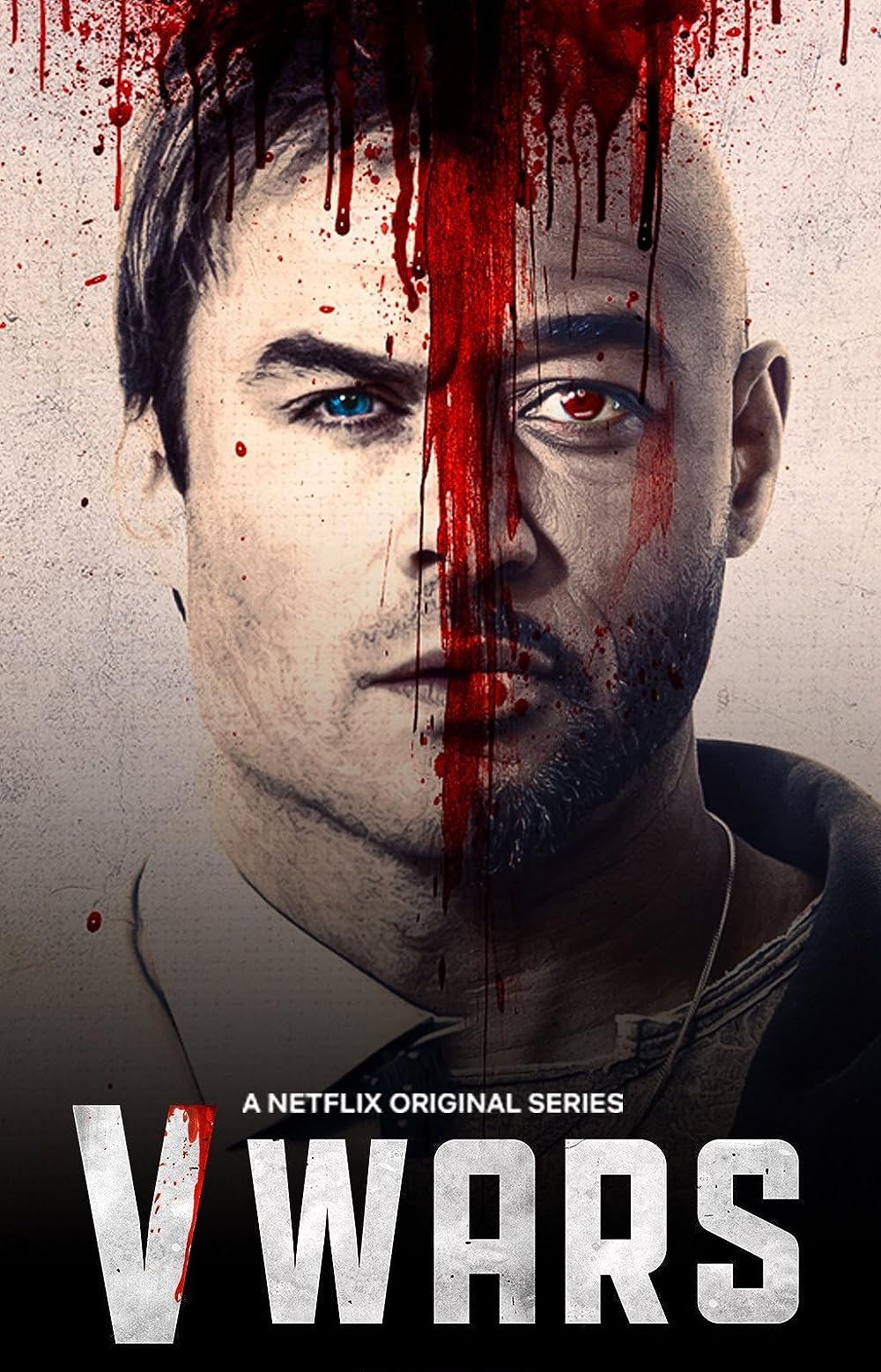 V-Wars: With Ian Somerhalder, Adrian Holmes, Jacky Lai, Kyle Breitkopf. Dr. Luther Swann enters a world of horror when a virus is released from ice melting due to climate change.

www.imdb.com
Dr. Luther Swann, enters a world of horror when a virus is released in ice melting due to climate change. This disease transforms his best friend, Michael Fayne, into a murderous predator who feeds on human blood when he has the hunger. As the disease spreads and more people are transformed, society fractures into camps putting normal people against the growing number of these vampires. Swann race against time to understand what's happening, while Fayne rises to become the powerful underground leader of the vampires until revolution and a new election.