Tum Mile is a love story set against the backdrop of the infamous July 2005 Mumbai floods.26th July 2005 rang an ominous bell-for most..but amidst all the chaos and the tragedy, it reunited two star crossed ex lovers. 2 people who meet after a hiatus of 6 years-now occupying different worlds. Evidently, they had moved on…What starts off as a seemingly innocuous encounter on the same flight back to Mumbai-ends up as a rollercoaster ride through some of the darkest hours of Mumbai-as they see the city get swamped with disaster and loss…and are forced to stick together in this time of crisis. The story shifts perspective between the past and the present- a glorious but crazy past of 2 starkly different people falling in love-the differences at first being exciting.
Gradually with time, they journey through the emotional pitfalls attatched, the constant bickering, the frantic and urgent making up, and irreconcilable differences-that give way to a final break up.And then we see those very people struggling their way through a stormy night in Mumbai that threatens to take over the city, their fears and insecurities lying bare as their guard drops.
As emotions run high, the two learn more about each other on that night possibly than they knew in all those years of being together- tough situations call on some important revelations and they realize how transient and unpredictable life is and they need to make the most of the time that has been given to them together.
Kliknite za proširenje... 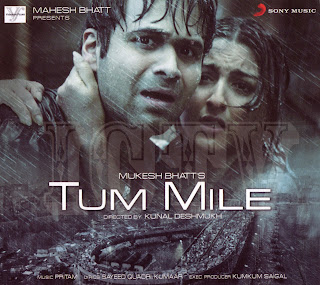