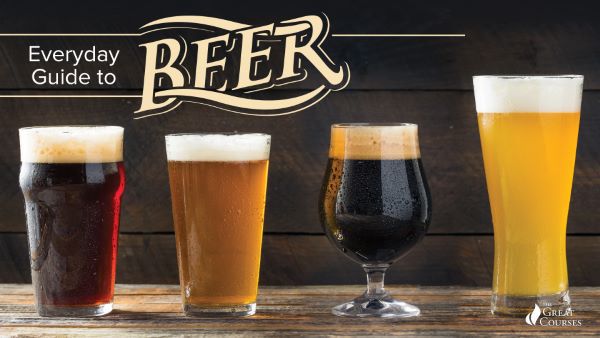 Beer is a thing of beauty. Four simple ingredients-yeast, malt, hops, and water-combined under the right conditions, can create a product that is wholesome, delicious, and satisfying. But making and enjoying a quality beer is not always simple.

Walking into a brewery or pub these days can be a bit overwhelming. Before the modern craft beer revolution some years ago, the choices were reasonably few and often predictable. But now, even the most seasoned beer aficionado can be overwhelmed by the choices available. Beer lists can change weekly, or even daily, in some establishments. For many beer aficionados, beer has become more of a daunting experience than an enjoyable one.

Professor Emeritus Charlie Bamforth of the University of California, Davis, often referred to as the "Pope of Foam" within the beer industry, has spent more than 40 years crafting, writing, and teaching others about beer and how to make it. In the 12 lessons of the The Everyday Guide to Beer, Dr. Bamforth and Sierra Nevada Brewing Company-one of the pioneering companies of the craft beer movement in the United States-take you on a journey through the history of this surprisingly complex beverage. You'll learn how popular styles like pilsners, IPAs, and stouts were originally developed and how daring new types of beer continue to push the envelope on what a beer is ... and isn't.

The History of Beer

Your journey begins with the importance of beer in ancient cultures like the Sumerians and the Egyptians, and how it was used in some unexpected ways. Did you know that beer, along with onions and bread, was the most important part of an ancient Egyptian diet? Or that some religious traditions used beer in rituals and as offerings? Or that early societies often used beer as currency for exchange?

You'll learn about the evolution of medieval brewing in European monasteries, and how these institutions passed on their skills to laypeople, thereby, creating what could be considered the first "homebrewer" movement, which would later evolve into an early form of "brew pubs."

From there, Dr. Bamforth will trace beer's dramatic increase in popularity in Europe and its movement into the New World. For example, in early 14th-century England, there was one brew pub for every 12 people! Across the pond in America, the first building constructed in every new settlement was a brewery, due to beer being safer to drink than water and the tavern being widely viewed by early settlers as the center of their community.

And while beer is often thought of historically as a male-dominated industry, the impact of women on brewing-even from its earliest days-cannot be overstated, from their role in actually brewing the beer itself (a role known in the Middle Ages as "brewsters" or "alewives") to retailing the finished product.

You'll also discover how well-known, historical figures also had a significant impact on beer's history and prominence. Among them are:

Charlemagne, who personally appointed brewers in France in the 8th century due to beer's national importance;
St. Hildegaard of Bingen, who discovered that when hops are put into beer, they stop putrefaction, thereby, prolonging durability and freshness;
George Washington, who enjoyed porter (a style still popular today) and recorded his own recipe for brewing beer while serving in the Virginia militia prior to the American Revolution; and
President Jimmy Carter, who signed legislation in 1978 that made homebrewing officially legal in the United States.
Brewing, Drinking, Storing, and More

After learning about the origins and history of beer, you'll move into how it's made. Joined by additional experts like Sierra Nevada's Head Brewer Scott Jennings and Quality Manager Liz Huber, you'll delve into the nuances of each ingredient that goes into beer production. You'll begin to understand different types of fermentation and the chemical processes that take place to form the range of styles you see in today's stores and on your local tap list.

As you dive deeper into the process of beer brewing and new innovations, you'll also gather valuable information that can be referenced when enjoying a brew out with friends or hosting a beer-related event, such as:

What to consider when pairing beer with food;
The proper temperature to serve and consume each individual style;
How each beer type should be packaged and stored; and much more.
The Truth about Beer and Health

Does beer have any nutritional value, or is it just empty calories? Dr. Bamforth addresses the health benefits and risks of beer (and alcohol, in general)-a debate that has raged on since the earliest days of its popularity. You'll learn about the historical argument for moderation, which can be traced all the way back to places like ancient Rome and 13th-century Icelandic literature. You'll gain a unique perspective on the origins and effects of prohibition in the United States, and the subsequent repeal of the 18th Amendment to the U.S. Constitution in 1933. Dr. Bamforth also discusses recommended consumption limits for both men and women, as well as where the calories in beer actually come from. And you'll hear some surprising scientific facts regarding beer's health benefits, such as:

Beer contains a sizable and varied group of vitamins, including niacin, riboflavin, and folate;
Beer has more antioxidants per serving than apples, tomatoes, white wine, and many fruit juices;
The hops in beer are thought to contain natural chemicals that aid in digestion and the maintenance of a healthy bladder; and
A recent study showed that a decrease in moderate beer consumption also corresponded to a reduction in an antigen that can be helpful in diagnosing prostate problems.
If you're a homebrewer, this course will help you improve your skills and broaden your horizons. If you're someone experiencing craft beer for the first time, you'll gain knowledge that will be useful on your next trip to your neighborhood watering hole for a pint. And if you're simply a beer lover with a thirst for the story behind your favorite beverage, this course will give you the insight into the history and science of beer-and help you to understand and refine your own tastes. So, raise your glass and join Dr. Bamforth on this comprehensive, approachable beer tour that is unlike any other and discover what's in your glass and the fascinating journey it took to get there. 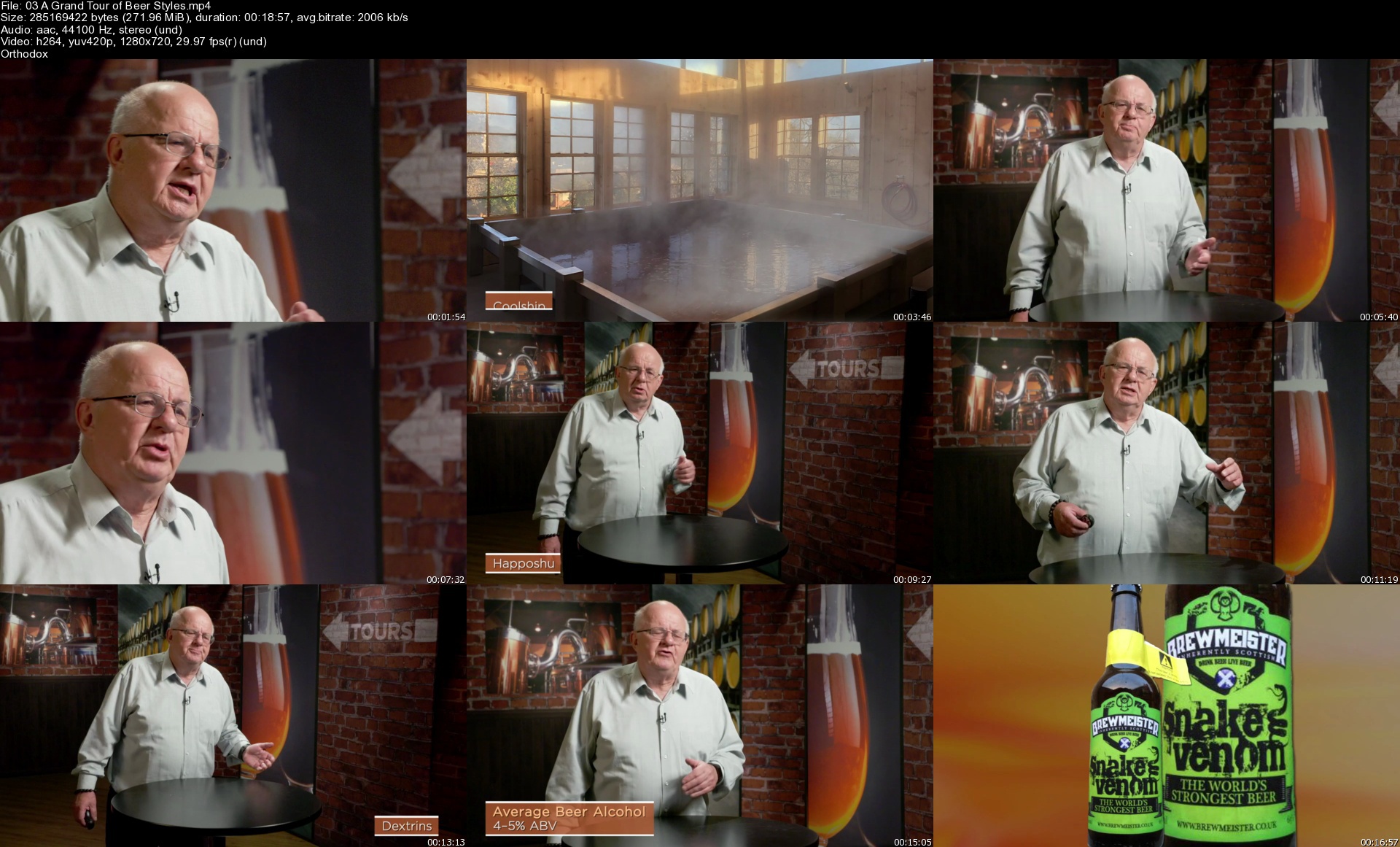