Henry Fonda is Lt. Col. Owen Thursday, a former general in the Union Army during the Civil War who feels he’s been shoved aside by being assigned to command Fort Apache on the southwest frontier.But he’s determined to whip his command into shape, though Capt. Kirby York (John Wayne), Capt. Sam Collingwood (George O’Brien) and Sgt. Maj. Michael O’Rourke (Ward Bond) seem to have things well in hand.York also has a firm grasp of the Indian situation. Seems Apache Chief Cochise agreed to live peacefully on a reservation. Until the government sent in a crooked Indian agent named Meachum, who sells them cheap booze, disrespects their women and shortchanges them on their beef rations.Now Cochise has taken most of his band into Mexico, though raiding parties remain north of the border. But the Apache chief trusts Capt. York, and Thursday plans to use that trust to trick the Apache into crossing back into U.S. territory.Meanwhile, 2nd Lt. Michael Shannon O’Rourke (John Agar) has also arrived at the post, fresh from West Point. Yep, he’s Sgt. Maj. Michael O’Rourke’s son. And he immediately catches the eye of Owen Thursday’s pretty young daughter Philadelphia (Shirley Temple). And vice versa.In fact, they’re out riding together when the lieutenant finds two dead troopers, a sign the Apache have returned to the warpath. After that, Thursday’s determined to keep the lieutenant and his daughter apart. And restore glory to his name by capturing Cochise and quelling the Apache uprising. 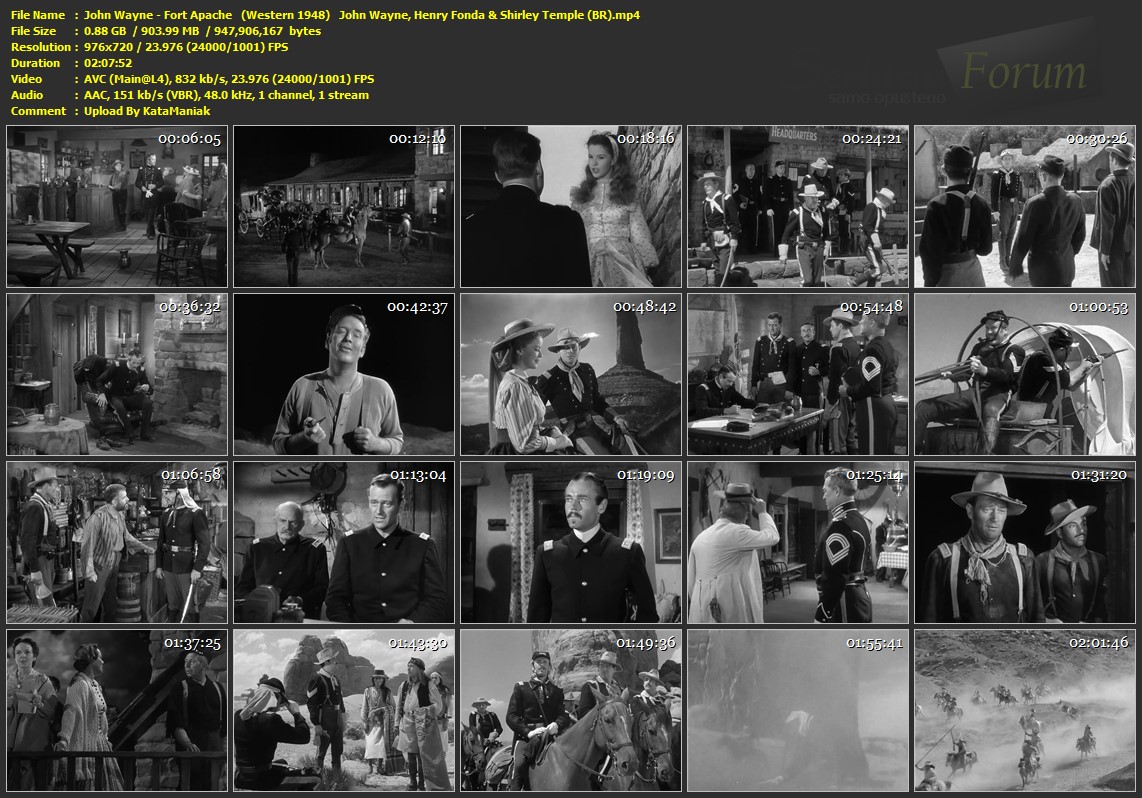 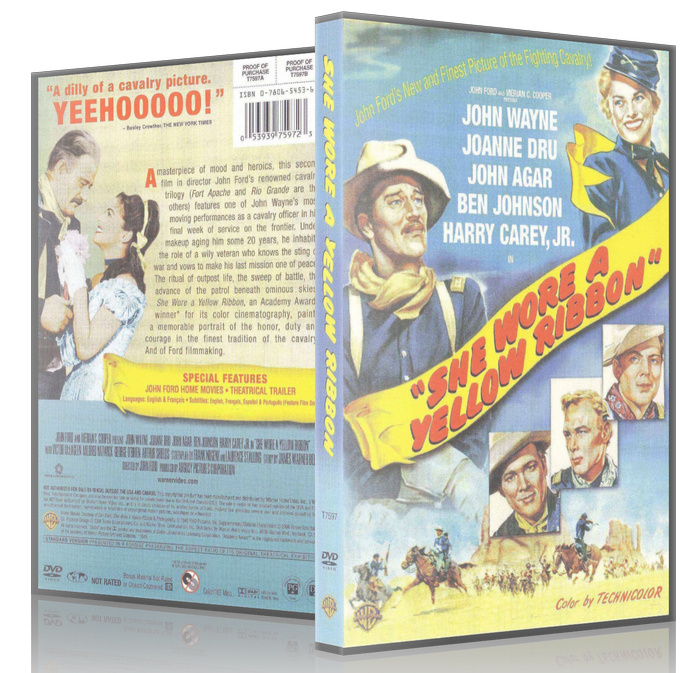 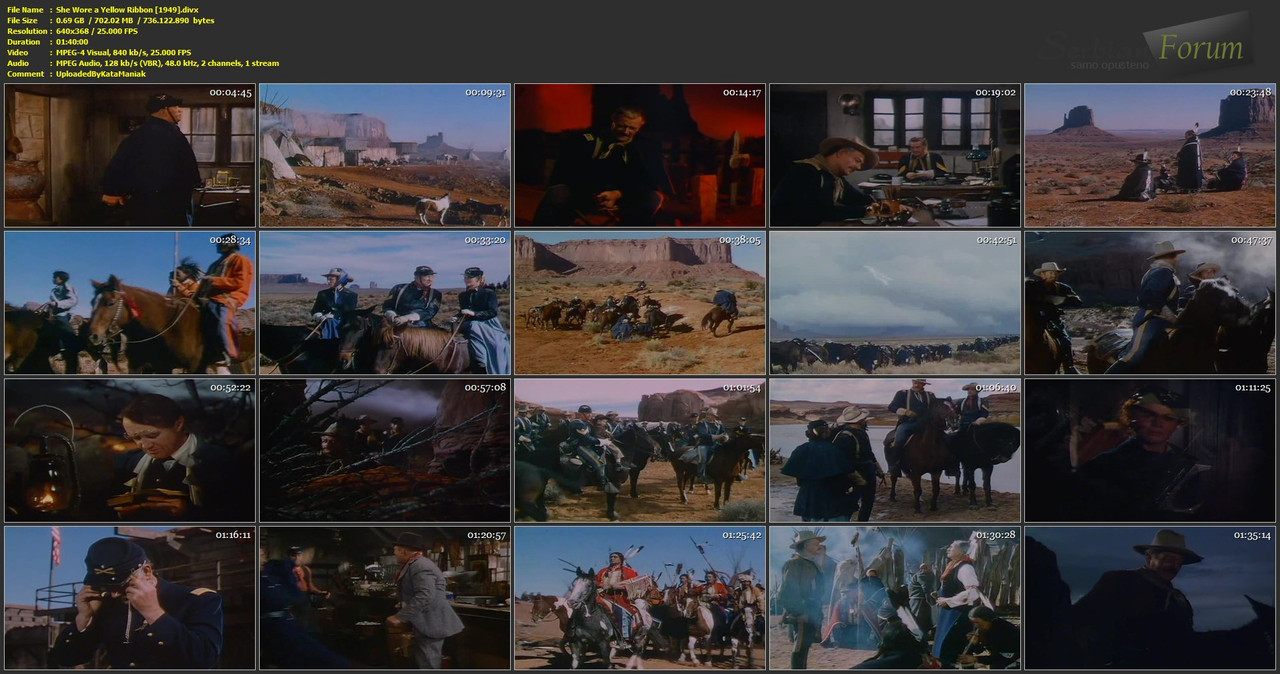 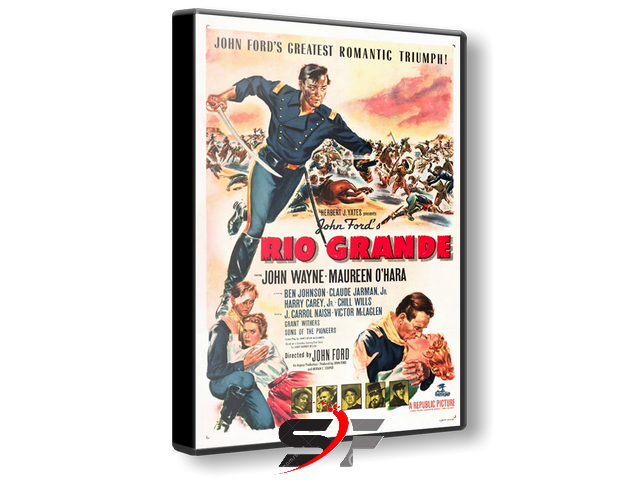 
John Wayne is Lt. Col. Kirby Yorke, in command of a cavalry garrison in the southwest and dealing with warring Apache when his base turns into a reunion site of sorts.No sooner has he gotten word that his son flunked out of West Point than that son — Claude Jarman Jr. as Jefferson Yorke — shows up on the base as a raw cavalry recruit.He’ll get no special treatment, Kirby warns him. No problem, says the son he hasn’t seen in 15 years. He isn’t looking for special treatment or someone to call dad.Next to arrive is Kirby’s estranged wife Kathleen. During the Civil War, his troops burned down her family mansion in the Shenandoah Valley. She rebuilt the home. The relationship between Mr. and Mrs. Kirby Yorke, however, is still very much in disrepair.She’s come to fetch her son, eager to pay the $100 fee to get him out of the service. Problem is, Kirby won’t sign the release papers. And her son doesn’t want to be released from his duty.But Kirby does try to keep Jeff out of harm’s way when he gets orders to cross the Rio Grande, find the Apache and burn them out. He assigns him to help escort a wagon train carrying the women and children to the safety of Fort Bliss.Then the Indians attack that wagon train, taking a wagon load of children hostage. 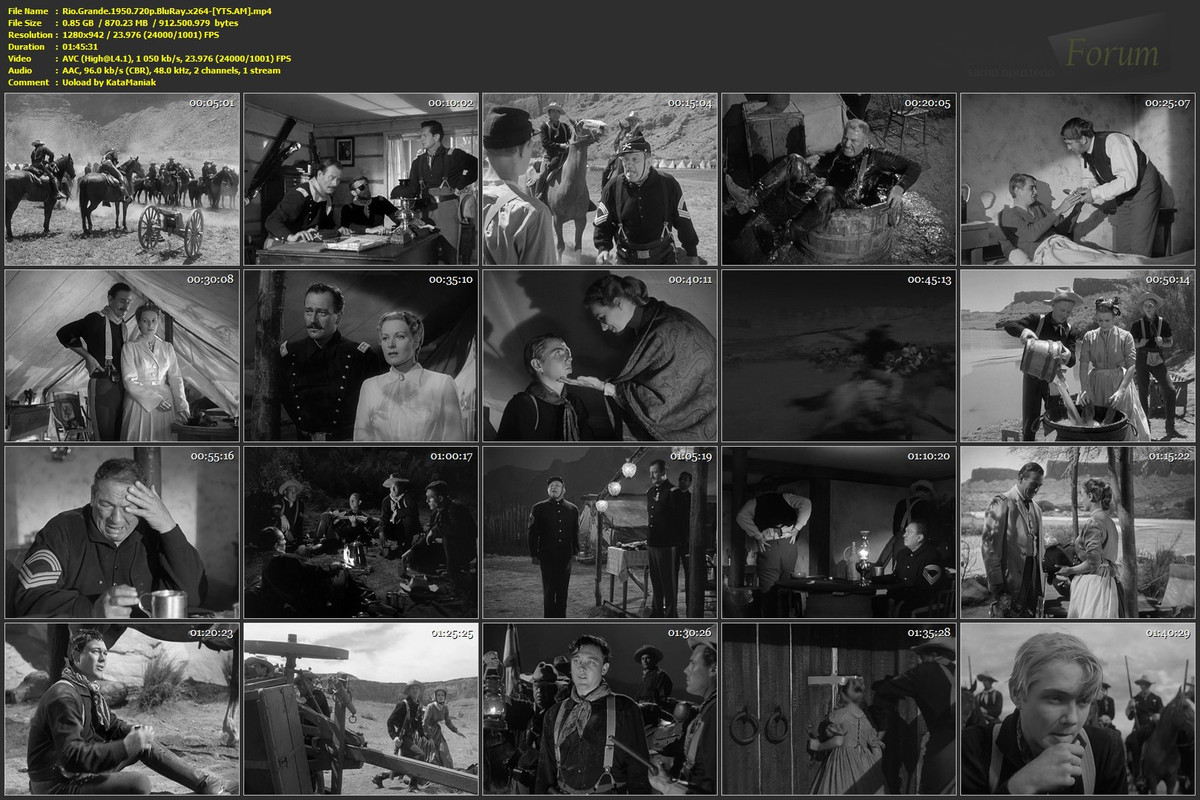