Tragedy and the Return of the Dead 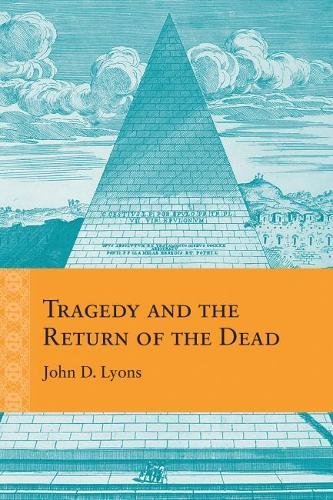 Early modernity rediscovered tragedy in the dramas and the theoretical writings of the ancient Greeks and Romans. Attempting to make new tragic fictions, writers like Shakespeare, Webster, Hardy, Corneille, and Racine created a dramatic form that would probably have been unrecognizable to the ancient Athenians. Tragedy and the Return of the Dead recovers a model of the tragic that fits ancient tragedies, early modern tragedies, as well as contemporary narratives and films no longer called "tragic" but which perpetuate the same elements.

Authoritative, wide-ranging, and thought provoking, Tragedy and the Return of the Dead uncovers a set of interlocking plots of family violence that stretch from Greek antiquity up to the popular culture of today. Casting aside the elite, idealist view that tragedy manifests the conflict between two equal goods or the human struggle against the divine, John D. Lyons looks closely at tragedy's staging of gory and painful deaths, ignominious burials, and the haunting return of ghosts. Through this adjusted lens Le Cid, Hamlet, Frankenstein, The Spanish Tragedy, Romeo and Juliet, Phèdre, Macbeth, and other early modern works appear in a striking new light. These works are at the center of a panorama that stretches from Aeschylus's Agamemnon to Hitchcock's Psycho and are placed against the background of the Gothic novel, Freud's "uncanny," and Burke's "sublime."

Lyons demonstrates how tragedy under other names, such as "Gothic fiction" and "thrillers," is far from dead and continues as a vital part of popular culture.