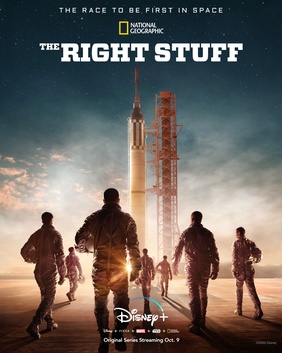 en.wikipedia.org
The Right Stuff is an American historical drama anthology series, based on the 1979 book of the same name by Tom Wolfe and its 1983 movie adaptation, that premiered on October 9, 2020 on Disney+, as a Disney Plus Original Series. It explores the origins and growth of the United States' space program.
The Right Stuff takes a "gritty, anti-nostalgic look at what would become America's first reality show as the obsessive original Mercury Seven astronauts and their families become instant celebrities in a competition that will either kill them or make them immortal. The one-hour drama will follow the protagonists from the Mojave Desert to the edges of space, with future seasons carrying through to humankind’s greatest achievement: the moon landing