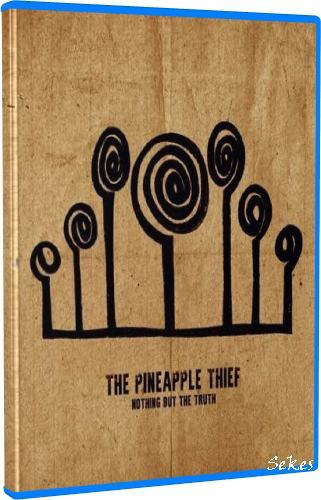 The Pineapple Thief have announced the multi-format release of Nothing But The Truth on Kscope on October 22.
Following the release of their latest studio album Versions Of The Truth in September 2020, the band were preparing to launch the album's live campaign when, like so many other artists, their plans were put on hold by the ongoing global pandemic.
To still be able to perform and connect with their fans around the world, The Pineapple Thief filmed an extravagant on-demand live event in April 2021 called Nothing But The Truth, directed by band videographer George Laycock (Blacktide Phonic/Visual).
Bruce Soord explains, "The Pineapple Thief is equally about the studio and the stage, so it was very disappointing not to be able to tour, especially as we were really looking forward to showcasing the new album "Versions Of The Truth" live for all to see. The opportunity to make this film was invaluable, especially under the circumstances. It was such a foreign time and a foreign thing to do. Yes, we had all performed in front of cameras before, but this was different. We were playing a brand new, one-off set that was going to be broadcast to all corners of the world, and we were standing on our little islands in a circle, and there were cameras everywhere. The pressure was on. We just had to make it work!