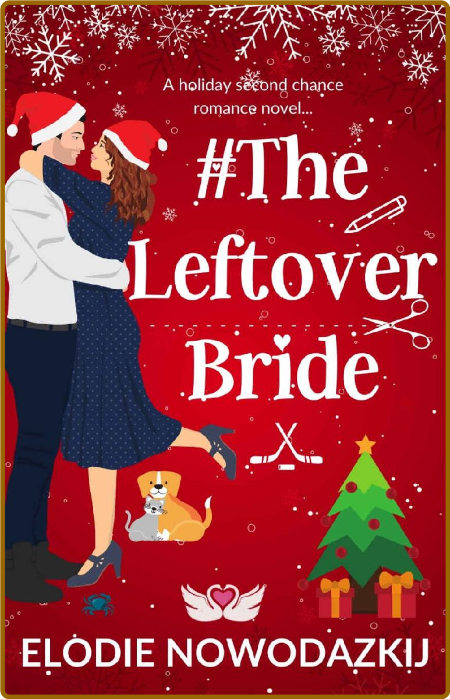 A second chance romance set during the holiday season in a small town on Maryland's Eastern Shore: full of laughter and heartwarming moments, checklists, family dynamics, a stubborn cat, and a rescue dog.

All Sorcha O'Connor wants for Christmas is for her life to turn into a Hallmark movie-but sexier.
Ryan Sawyer has a few things on his wishlist. First, he wants to stay away from Swans Cove. Second, he wants his NHL career back. And third, he wants Sorcha. Always has, always will.

When wedding dress designer Sorcha O'Connor got stranded at the altar and went viral as #TheLeftoverBride, she lost everything: her fiancé, her thriving business, her glowing reputation, and her dreams. To forget the upcoming first anniversary of that fateful day, Sorcha is ticking items off her "31 Things to Do Before the 31st" list and working day and night to get her life back on track. Not on her list? Falling for her former best friend -at one point more than best friend-hockey star Ryan Sawyer. Especially since he's now known as the #HockeyHottie; Sorcha's got enough hashtags for a lifetime.

Ryan Sawyer skated out of Swans Cove right out of high school. And since then, he stuck to the one item on his wishlist he could control. He busted his ass, making sure he always had the perfect excuse for avoiding Swans Cove: hockey. But thanks to his injuries, rumors about his uncertain future at the Tacoma Angels, and his mother's birthday, he's back for a quick visit. His agent and the team's publicist were crystal clear-Ryan's got to avoid stirring up trouble or risk losing his spot on the team. But he can't stop thinking about Sorcha, the redhead who knows him better than even his therapist. Ryan wasn't there for her when she needed him most, and for that, she might want to shred him with her dressmaker's shears, though. Maybe he could just pass by and say hello?

When Sorcha's former #RunawayGroom becomes the Most Coveted Bachelor in America, virtual eyes focus on Sorcha again. This time, Ryan's not going to bolt-even when Sorcha blurts out on national TV that both she and Ryan are working on their so-called "Happy Lists".together.

Will the spotlight finally work in Sorcha and Ryan's favor? Or will their past-and their hashtags-get in the way of their Happily Ever After?
Kliknite za proširenje...