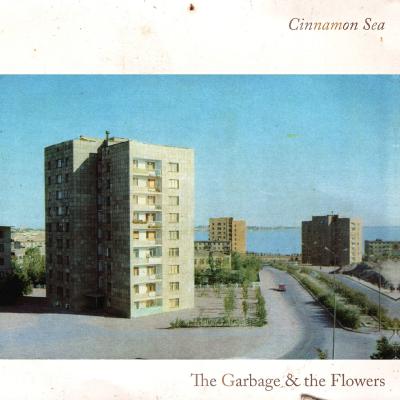 The Garbage & the Flowers - Cinnamon Sea (2022) 44.1-24
Country: New Zealand
Genre: Alternative,Indie Rock
Format: FLAC (*tracks)
Quality: Lossless [44,1kHz/24 bit]
Time: 20:26
Full Size: 223.53 MB
​
'Cinnamon Sea' is the perfect introduction to one of the most mysterious, ever-morphing underground bands from New Zealand. The Garbage and the Flowers make their long awaited return with another psychedelic masterpiece from the band that gave us 1997's cult dreampop gem 'Eyes Rind As If Beggars'. A hybrid fusion of the Velvets, Elephant 6 and any God-fearing stoned strummers you can think of, with a nod to Charlie Manson's bedside balladry to boot.
On their return, the band hone their songcraft with tracks like 'Eye Know Who You Are', a tantalising piece of Mazzy Star on steroids, a spiralling sonic rumble, that reaches a miasmic high on every hummed chorus. It opens the Pandora's box of this release, a sleight of ear collection of five songs from this cosmology-observing Australia-based outfit. Tracks like 'Red Star' exist in a land where sound levels are destroyed by savage birds. 'On The Radio' trips into an untuned lagoon. There's a quasi-religious zeal to proceedings, a nod to Sterling Morrison's Velvet strum elsewhere, everything that would have been key to the Elephant 6 conglomerate not so long ago, maybe, if you can even imagine, My Bloody Valentine unplugged.
'Cinnamon Sea' was recorded in an abandoned courthouse in Freyerstown, a ghostly village in Victoria's Goldfields in Southeast Australia, where you're more likely to meet giant grey kangaroos bounding on its dusty main street than tottering prospectors these days. It unravels with claustrophobic glee as we traverse the structured climes of exemplary songwriting seasoned with the salt of improvisation. This from a band who previously released an album famously dubbed 'Stoned Rehearsal'. It closes with the track 'Jacob B', a melancholy tale that's a hybrid of Manson's troubled tunes and the psychedelic folk songs of Quicksilver's Dino Valente.
File under: outsider music for insiders.
"By some measure Wellington's most brilliant pop band, The Garbage & The Flowers are classic underground rock'n'roll with a hazy ramshackle sound pockmarked by bursts of genius." Forced Exposure