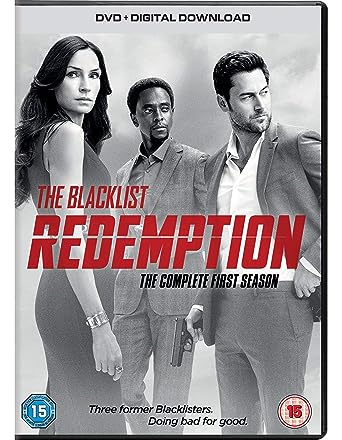 The Blacklist: Redemption is a thrilling new spinoff of NBC's breakout hit series, undercover operative Tom Keen joins forces with Susan "Scottie" Hargrave, the brilliant and cunning chief of Grey Matters, a covert mercenary organization that solves problems governments don't dare touch. While on the hunt for Liz's attacker, Tom secretly discovered that Scottie is actually his biological mother. Now, as they team up to employ their unique skills and resources in a dangerous world of deadly criminals, Tom begins his own covert mission to find out more about his shadowy past.

Undercover operative Tom Keen sets off on a new path after a mysterious meeting with the father he never knew leads him to join Grey Matters, a covert international security organization run by his biological mother, the beautiful and calculating Scottie Hargrave. Tom forms a fragile alliance with her group of skilled mercenaries, and together, they put their unique skills to work solving the most dangerous problems the government won't touch. But for Tom, this chance for redemption is about more than just making the world safer, as he also embarks on a clandestine mission to uncover the truth of his own murky past.