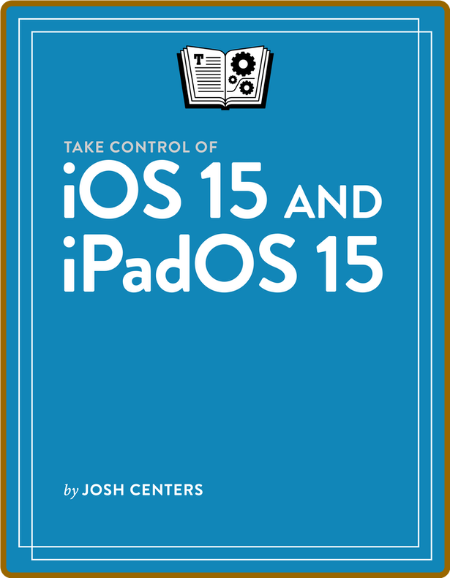 Keep up with all the changes in iOS and iPadOS!
Version 1.1, updated September 20, 2021
Your iPhone, iPod touch, or iPad gain all new features and interface changes with iOS 15 and iPadOS 15. In Take Control of iOS 15 and iPadOS 15 by TidBITS Managing Editor Josh Centers, you'll learn what's new, what's coming soon, and how to get more out of your Apple mobile devices with these operating systems.
iOS powers the iPhone and iPod touch, while iPads run the (very similar) iPadOS operating system. Apple updates both iOS and iPadOS each year with new features, interface changes, and other improvements. In 2021 we're up to version 15, which brings both system-wide enhancements and updates to a number of built-in apps.
Josh Centers has once again written a guide to all the new stuff. This is not intended as a user manual for iPhones and iPads, nor is it a comprehensive guide to everything in iOS/iPadOS. Instead, it's a shorter, more focused book aimed at helping those who are already used to iOS or iPadOS get up to speed quickly with the changes in iOS 15 and iPadOS 15.
Among the many topics covered in the book are:

[*]A crash course in iOS/iPadOS basics
[*]How to use the vastly improved multitasking controls in iPadOS 15
[*]Using the new Quick Note and Menu Bar features in iPadOS
[*]New FaceTime features, including grid view and links to future calls
[*]The Shared with You feature in Messages and other supported apps
[*]How to make the most of Safari's controversial new design
[*]Managing notifications with the new Focus feature
[*]Using Driving view, filtering, and other updated Maps features
[*]How Live Text works, plus other Camera- and Photos-related changes
[*]System-wide improvements to accessibility, privacy, and security
[*]Smaller changes to other system components and apps, including iCloud+, Siri, Find My, Spotlight, Reminders, and much more

Anyone with a compatible iPhone, iPad, or iPod touch will benefit from Josh's in-depth explanations.
Kliknite za proširenje...