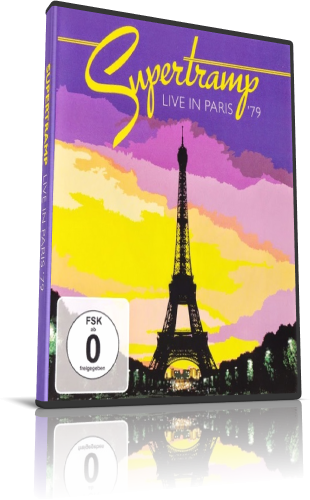 Supertramp's seventh album entitled Paris was released in October of 1980. Now, a Blu-Ray (and DVD) has been released of the classic Supertramp performances from Paris in December of 1979 called Supertramp Live in Paris 1979. The film was shot and recorded in December of 1979 in Paris, France at the Pavillion on the penultimate night of the band's Breakfast in America European tour. Supertramp Live in Paris is a superb concert film, capturing the band at the peak of their popularity when co-leader/guitarist/singer/keyboard player/songwriter Roger Hodgson was still with the group.