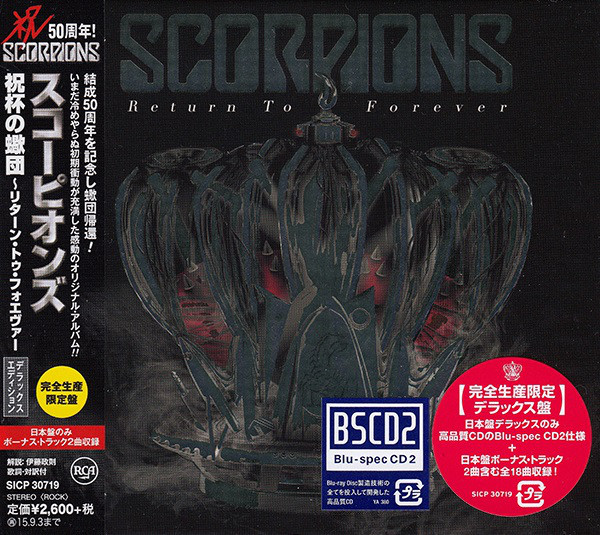 The Japanese version of the eighteenth in a row studio album of German rock legends Scorpions. The album was released on February 20, 2015. In working on the material for the record, the musicians used demos and lessons of past years. The album also includes the single We Built This House.

Scorpions was founded in Germany in 1965 and is one of the most famous rock bands in the world. The most popular hits are "Rock You Like a Hurricane", "Send Me an Angel", "No One Like You", "Wind of Change" and "Still Loving You". The team is considered one of the most commercially successful; in total, their records in the world have sold over 100 million copies. Channel VH1 put the Scorpions on the 46 position in the ranking of the "greatest performers of hard rock." In 2010, the group began a farewell tour, after which the team planned to stop actively speaking and coming to grips with arranging previously unpublished songs from the period of the 80s and 90s.