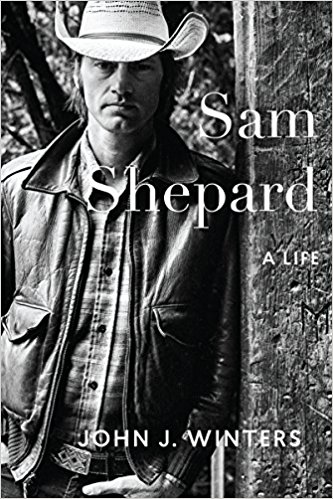 With more than fifty-five plays to his credit-including the 1979 Pulitzer Prize-winning Buried Child-an Oscar nod for his portrayal of Chuck Yeager in The Right Stuff, and an onscreen persona that's been aptly summed up as "Gary Cooper in denim," Sam Shepard's impact on American theater and film ranks with the greatest playwrights and actors of the past half-century.

Despite these accomplishments and more-six collections of prose, songwriting with Bob Dylan, filmmaking with Robert Frank and Michelangelo Antonioni, as well as romantic relationships with rocker Patti Smith and actress Jessica Lange-Shepard seems anything but satisfied. Sam Shepard: A Life details his lifelong bouts of insecurity and anxiety, and delves deeply into his relationship with his alcoholic father and his own battle with the bottle. Also examined for the first time in-depth are Shepard's tumultuous relationship with Lange, and his decades-long adherence to the teachings of Russian spiritualist G. I. Gurdjieff.

Throughout this new biography, Winters gets to the heart of the enigma that is Sam Shepard, presenting a compelling and comprehensive account of his life and work.