The rules of the game are simple, hit the ball into the opponent's goal more than the opponent can hit the ball into yours.​
Scoring goes up to a predetermined number that is set prior to the start of the match. When one of the teams reaches the determined score mentioned above, the game ends.This time, the contestants found the challenge inside a pyramid with a court, the sage, and a single ball in the center of the court that he stood on. He told each challenger the rules for this competition. After days of preparation for the competition, word spread across the populous, and the championship for the powers of the Grand Sage began. Who will rise up among the rest to win this amazing competition? 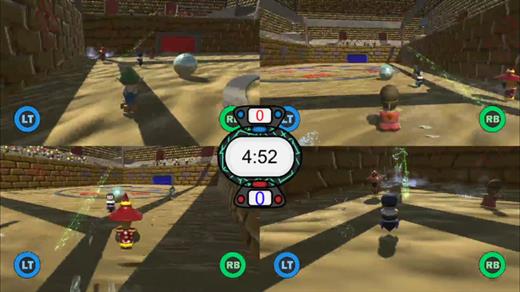