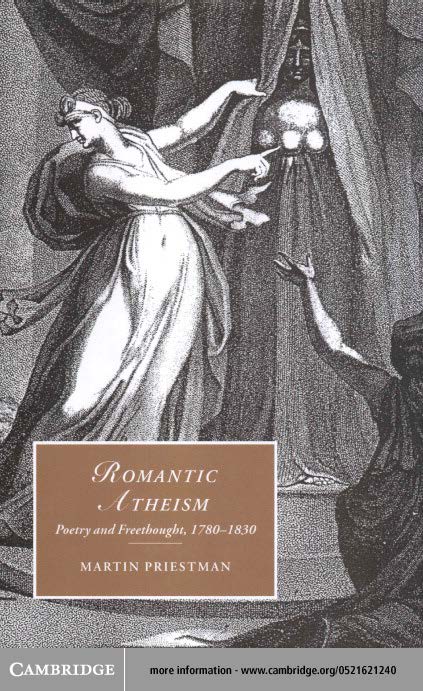 Romantic Atheism explores the links between English Romantic poetry and the first burst of outspoken atheism in Britain from the 1780s onwards. Martin Priestman examines the work of Blake, Coleridge, Wordsworth, Shelley, Byron and Keats in their most intellectually radical periods, establishing the depth of their engagement with such discourses, and in some cases their active participation. Equal attention is given to less canonical writers: such poet-intellectuals as Erasmus Darwin, Sir William Jones, Richard Payne Knight and Anna Laetitia Barbauld, and controversialists including Holbach, Volney, Paine, Priestley, Godwin, Richard Carlile and Eliza Sharples (these last two in particular representing the close links between punishably outspoken atheism and radical working-class politics). Above all, the book conveys the excitement of Romantic atheism, whose dramatic appeals to new developments in politics, science and comparative mythology lend it a protean energy belied by the common and more recent conception of 'loss of faith'.