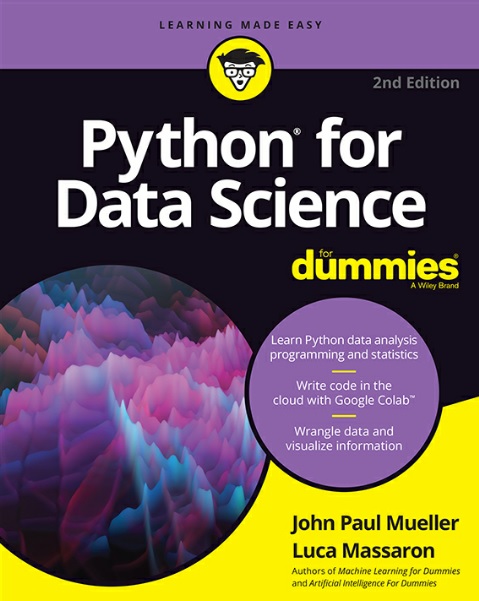 The fast and easy way to learn Python programming and statistics

Python is a general-purpose programming language created in the late 1980s-and named after Monty Python-that's used by thousands of people to do things from testing microchips at Intel, to powering Instagram, to building video games with the PyGame library.

Python For Data Science For Dummies is written for people who are new to data analysis, and discusses the basics of Python data analysis programming and statistics. The book also discusses Google Colab, which makes it possible to write Python code in the cloud.