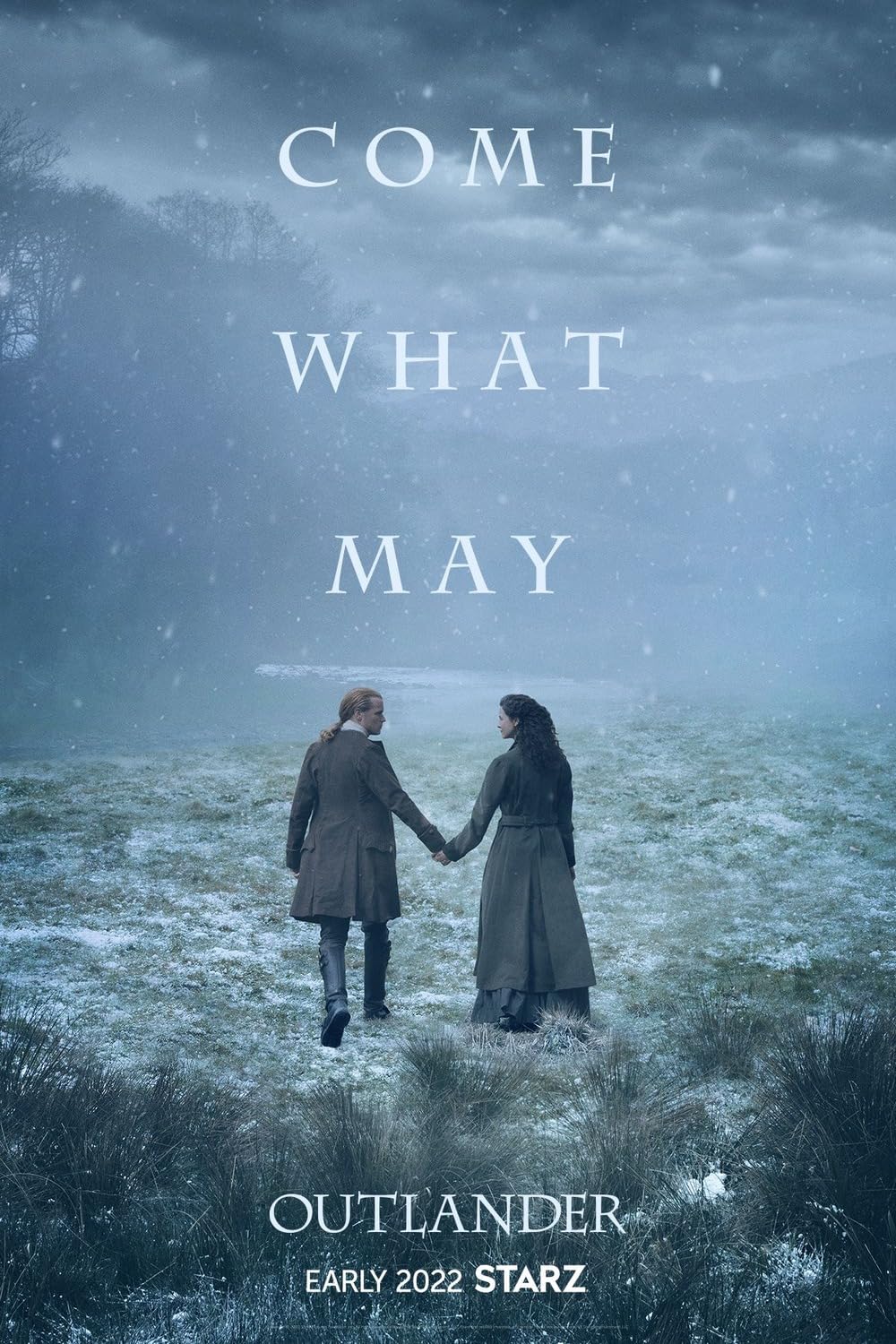 “Outlander” spans the genres of romance, science fiction, history, and adventure. It follows Claire, a married WWII combat nurse, who mistakenly steps back in time to year 1743 where she is immediately thrown into an unknown world of adventure that sends her on the run and threatens her life. When Claire is forced to marry Jamie, a chivalrous and romantic young Scottish warrior, it ignites a passionate affair that tears Claire’s heart between two vastly different men in two irreconcilable lives. https://en.wikipedia.org/wiki/Outlander_(TV_series)
Outlander is a drama television series based upon author Diana Gabaldon's historical time travel book series of the same name. Developed by Ronald D. Moore and produced by Sony Pictures Television and Left Bank Pictures for Starz, the show premiered on August 9, 2014. It stars Caitriona Balfe as Claire Randall, a married former World War II nurse who in 1946 finds herself transported back to Scotland in 1743. There she encounters the dashing Highland warrior Jamie Fraser (Sam Heughan) and becomes embroiled in the Jacobite risings.

The second season of 13 episodes, based on Dragonfly in Amber, premiered on April 9, 2016. On June 1, Starz renewed the series for a third and fourth season, which adapt the third and fourth Outlander novels, Voyager and Drums of Autumn, respectively. The 13-episode third season premiered on September 10, 2017. The 13-episode fourth season premiered on November 4, 2018. Starz has renewed the series for fifth and sixth seasons; the fifth is set to premiere on February 16, 2020.

Season 1 (2014–15)
In 1946, former World War II nurse Claire Randall and her husband Frank are visiting Inverness, Scotland, when she is carried from the standing stones at Craigh na Dun back in time to 1743. She falls in with a group of rebel Scottish Highlanders from Clan MacKenzie, who are being pursued by English redcoats led by Captain Jonathan "Black Jack" Randall, Frank's ancestor. She marries a Highlander, Jamie Fraser, out of necessity, but they quickly fall in love. The Clan suspect her of being a spy, and retain her as a healer, preventing her from attempting to return to her own time. Knowing that the Jacobite cause is doomed to fail, Claire tries to warn them against pursuing a rebellion. Her husband Jamie is captured, tortured, and raped by the sadistic Randall, but Claire and his clansmen rescue him. Claire tells Jamie that she is pregnant and they leave to sail to France.

Season 2 (2016)
In Paris, Claire and Jamie try to thwart the Jacobites by subverting the funds that King Louis XV of France is likely to provide. Jamie becomes the confidante of Charles Stuart, but the Frasers fail to prevent the risings. Randall reappears in Paris, but Claire makes Jamie swear to keep him alive until Frank's descent is assured. She achieves this by convincing Randall to marry Mary Hawkins. Claire loses her baby, and she and Jamie return to Scotland. The Jacobites win the Battle of Prestonpans.

Before the Battle of Culloden, Jamie convinces Claire, pregnant again, to return to the 20th century. Jamie decides to die fighting at Culloden with his clan. Back in her own century, Claire tells Frank about her time travel. He asks her to forget Jamie, and let him raise their child as his own. Twenty years later, Frank has died. Claire takes her daughter Brianna to Scotland. Claire discovers that Jamie did not die at Culloden, and vows to return to him.

Season 3 (2017)
Jamie kills Randall at Culloden, but is gravely injured, and spared execution. At Ardsmuir prison, he befriends the governor Lord John Grey, who later paroles him to work at an English estate. There Jamie is manipulated into a sexual liaison and fathers an illegitimate son, William. Jamie returns to Scotland and becomes a printer.

Meanwhile, in 1948, Claire enrolls in medical school as she and Frank raise Jamie's daughter, Brianna, in Boston, Massachusetts. Frank is killed in a car accident while Brianna is in college. With the help of Roger Wakefield, during a trip to Scotland with Brianna, Claire learns some clues to Jamie's fate after Culloden. She returns to the 18th century to find him. She discovers that Jamie has married a widowed Laoghaire. Claire's return nullifies their union, as it is illegal. Jamie and Claire try to retrieve some hidden treasure so that he can placate Laoghaire with a settlement. During this effort, his nephew Ian is captured by pirates and carried off to the Caribbean. Jamie and Claire follow, and manage to rescue him from Geillis, who had escaped burning at the stake. Claire and Jamie set sail for Scotland, but are shipwrecked on the coast of the British colony of Georgia.

Season 4 (2018–19)
In the British colony of North Carolina, Claire and Jamie work to find a way to return to Scotland with Fergus, Marsali, and Young Ian. They visit the plantation of Jamie's aunt Jocasta Cameron, where they see conditions of enslaved African Americans firsthand. Claire and Jamie decide to leave the plantation area and make a new life for themselves elsewhere, and claim a piece of land they call Fraser's Ridge. On their new land, tensions rise with the local Cherokee, whose land this is. Jamie reunites with Murtagh, who is now a blacksmith in a nearby town and leader of the Regulator movement.

Lord John surprises Jamie and Claire by appearing on Fraser's Ridge with Jamie's natural son, Willy. Meanwhile, in the 1970s, Brianna rejects Roger's marriage proposal. After learning her parents will die in a fire, Brianna goes to Inverness and travels through the stones. Roger is given a letter from Brianna stating she has gone through the stones, and he follows her. Brianna makes her way to the colonies, while Roger does the same on a ship captained by Stephen Bonnet.

Roger and Brianna meet in Wilmington, North Carolina and enter into a handfast marriage, but quarrel afterward. Brianna is accosted and raped by Bonnet. Brianna finds her parents while in Wilmington, and later discovers she is pregnant. Roger goes to Fraser's Ridge. Jamie wrongly assumes that he was the one who had raped Brianna and beats him. Young Ian sells Roger to the Mohawk as a captive. Discovering their mistake, Claire, Jamie, and Young Ian set off to rescue Roger, and Young Ian trades his freedom for Roger's. Roger and Brianna are reunited at Jocasta's plantation. Jamie receives instructions from the governor to kill Murtagh, who is a fugitive.
Poslednja izmena od urednika: 30.03.2020