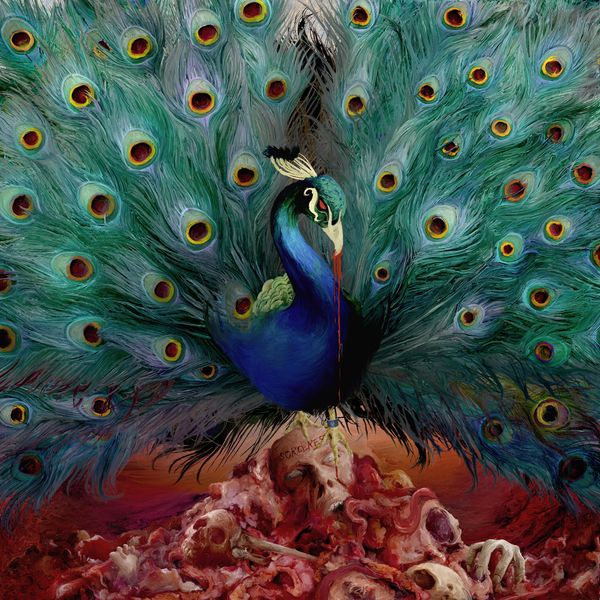 Opeth - Sorceress (2016) 44.1-24
Country: Sweden
Genre: Progressive Rock
Format: FLAC (*tracks)
Quality: Lossless [44,1kHz/24 bit]
Time: 01:30:16
Full Size: 985.02 MB
​
When Opeth released Heritage in 2011, they had completed the transformation from their death metal origins through progressive death metal in the early 2000s, to full-on prog rock that celebrated their love of Camel, Jethro Tull, ELP, and more. 2014's excellent Pale Communion furthered those notions as frontman and songwriter Mikael Åkerfeldt's own vision began to emerge. Sorceress is the third installment in this phase of the band's career, and while considerably different and more exploratory than its precursors, it also references Opeth's earlier efforts like Ghost Reveries and Blackwater Park, but goes further than either in its diversity. Uncharacteristically, Åkerfeldt wrote the album quickly. He enlisted Tom Dalgety as co-producer (who also engineered and mixed) and Opeth recorded it in twelve days at Rockfield Studios in Wales. Sorceress is a madly assorted mixed bag. Åkerfeldt's inspirations this time out may still recall prog sources, but there are heavier ones, too: Black Sabbath and the Ritchie Blackmore/Jon Lord-era of Deep Purple. Opener "Persephone" has a brief nylon-string guitar sketch in waltz time that could have come from folk music antiquity. It gives way to the title track and first single. Joakim Svalberg's knotty organ riff dominates the opening moment before a crushing syncopated guitar riff joins in. This track somewhat recalls the Pale Communion sessions but is far more unhinged. The Geezer Butler-esque bassline and explosive kick drums make it the most accessible thing here -- its instrumental section keeps it firmly in prog terrain, however. "The Wilde Flowers" is a truly wild melange of musical styles. It's simultaneously heavy, hard, and spacy, with B-3, bluesy and squalling metal guitar breaks, and chorale vocals that drift in the center, weighting it as a solidly prog track. The bludgeoning guitar riff, up-mixed, swinging drums, and punishing bassline in "Chrysalis" make it a highlight; it shines with Åkerfeldt's finest vocal performance on the album (he can be notoriously lazy). There are lovely acoustic tracks here, too, such as "Will O' the Wisp," which exists in the space between Pentangle's Basket of Light and Led Zeppelin III. "The Seventh Sojourn" melds East Indian drone with North African modalism and exotic hand percussion; strings and keyboards eclipse an oud-like guitar line. It eventually dissembles, wedding near classical polyphony to subdued pop. "Strange Brew" winds through Peter Gabriel-era Genesis-esque ponderousness before a bluesy guitar line ushers it into thundering King Crimson-esque prog adorned with proto-metal riffs and vamps. "A Fleeting Glance" is a dynamic, multifaceted jam showcasing Åkerfeldt's sophisticated melodic sensibilities while touching on musical terrain from Pink Floyd and Gentle Giant to post-Village Green-era Kinks! "Era" opens with a delicate piano intro but Opeth erupts a minute later in melodic aggression. Åkerfeldt's more confident and individualized songwriting on Sorceress takes it in some dizzying directions. While it goes further musically than their two previous outings, it contains enough of the past to exist in a space that carves out terrain somewhere between Watershed and Heritage. Brilliant.
© Thom Jurek /TiVo