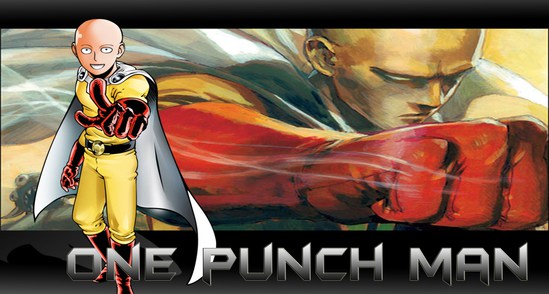 THE STORY
One-Punch Man (Hepburn: Wanpanman?) is an ongoing Japanese superhero parody webcomic created by an author using the pseudonym One which began publication in early 2009. The series quickly went viral, surpassing 7.9 million hits in June 2012. The Japanese shortened name Wanpanman is a play on the long-running children's character Anpanman, wanpan being a contraction of wanpanchi ("one punch"). One-Punch Man tells the story of Saitama, an extremely overpowered superhero who has grown bored by the absence of challenge in his fight against evil and seeks to find a worthy opponent.
A digital manga remake of the series, illustrated by Yusuke Murata, began publication on Shueisha's Young Jump Web Comics website in 2012. Viz Media has licensed the remake for English serialization in its Weekly Shonen Jump digital magazine.

PLOT
On an Earth-like super-continent planet, strange monsters have been mysteriously appearing and causing disasters resulting in the world's superheroes rising to combat them alongside the local supervillains. Saitama, the protagonist of the series, is the strongest hero alive in the entire franchise, hailing from the metropolis of City Z who easily defeats the monsters or other villains with a single punch to the point where monsters just explode when struck. However, due to his immeasurable strength, Saitama has become bored with his power and is constantly trying to find stronger opponents who can present a challenge to him.
As Saitama is active as a hero, he meets various other heroes and villains. He gets a disciple in the form of the cyborg Genos and consequently joins the Hero Association in order to gain official recognition. Despite defeating many strong monsters that even the Heroes Association’s top members are unable to defeat, Saitama struggles to gain respect. Most people look down on him due to his plain physical appearance and some accuse him of being a counterfeit hero. Only a small number of individuals in the series recognize his talent and humility towards others. 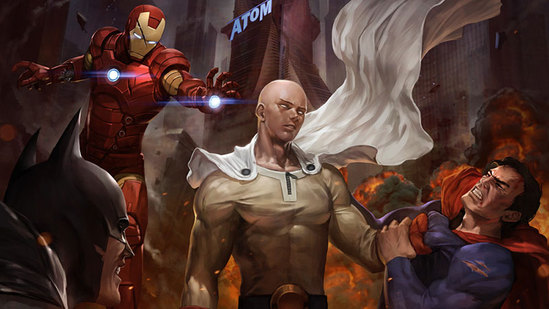 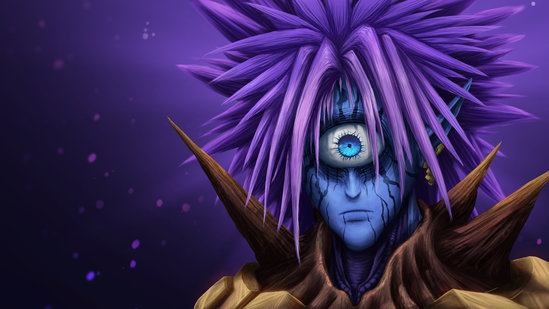