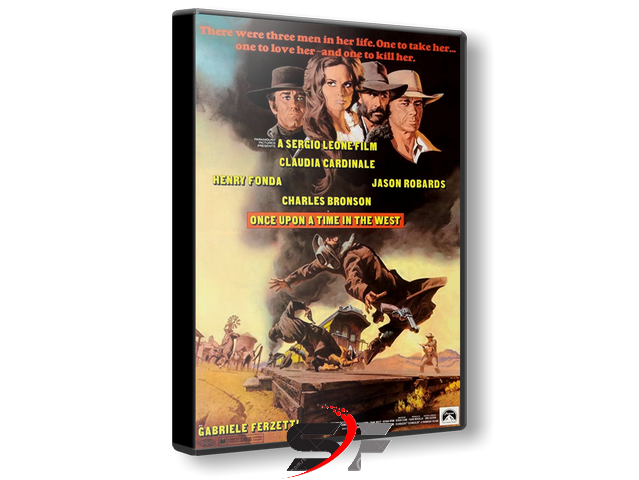 
A railroad tycoon named Morton who’s suffering from a debilitating disease wants to see the Pacific Ocean from his passenger car before he dies, and he has a hired gunman named Frank (Henry Fonda) to remove obstacles from the tracks.Right now, the biggest obstacle is Brett McBain, who owns the only property, with water within 50 miles west of the town of Flagstone. Frank and his henchmen take care of McBain and his three children, gunning them down only to discover there’s a Mrs. McBain, a woman named Jill (Claudia Cardinale) that he secretly married months earlier in New Orleans.Removing her from the tracks won’t be as easy because she’s acquired two protectors, a mysterious gunman named Harmonica (Charles Bronson) and a local outlaw named Cheyenne (Jason Robards).Harmonica has an old score to settle with Frank. Cheyenne is being blamed and chased for the death of the McBains because Frank planted false evidence at the McBain homestead.And Jill, Cheyenne and Harmonica have all figured out just why Frank is so interested in the McBain property