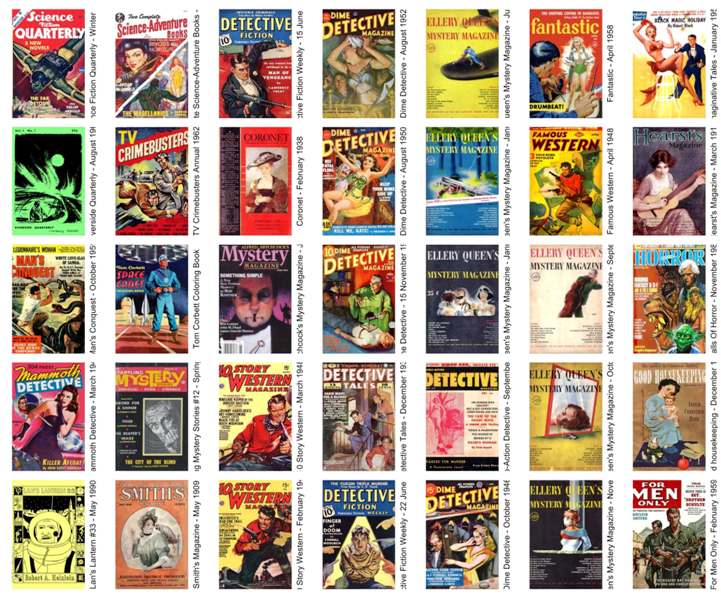 Here is a collection of 37 old pulp magazines in PDF format with OCR and covers. Please seed for others after you download: