Memoirs of a Wartime Interpreter: From the Battle for Moscow to Hitler's Bunker 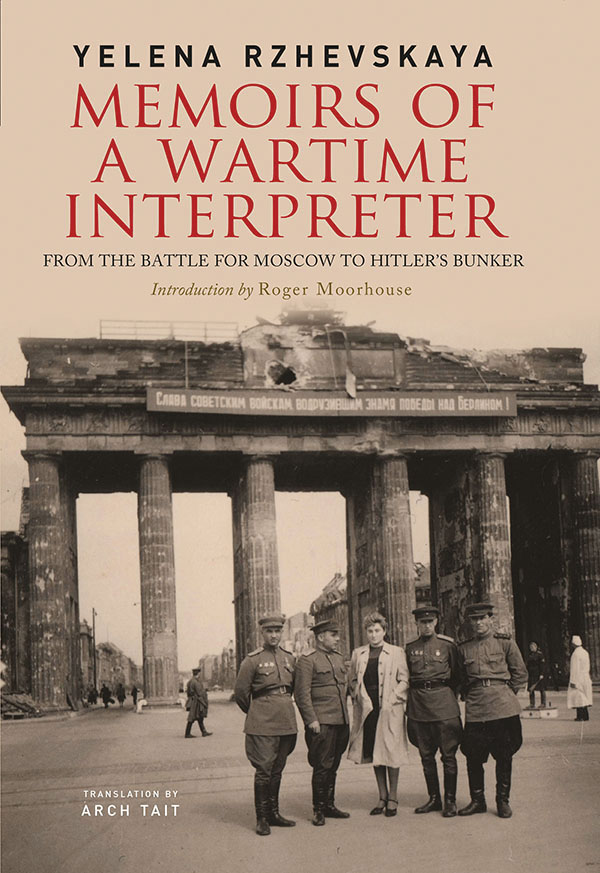 On May 2,1945, Red Army soldiers broke into Hitler's bunker. Rzhevskaya, a young military interpreter, was with them. Almost accidentally the Soviet military found the charred remains of Hitler and Eva Braun. They also found key documents: Bormann's notes, the diaries of Goebbels and letters of Magda Goebbels.

Rzhevskaya was entrusted with the proof of the Hitler's death: his teeth wrenched from his corpse by a pathologist hours earlier. The teeth were given to Rzhevskaya because they believed male agents were more likely to get drunk on Victory Day, blurt out the secret and lose the evidence. She interrogated Hitler's dentist's assistant who confirmed the teeth were his.

Elena's role as an interpreter allowed her to forge a link between the Soviet troops and the Germans. She also witnessed the civilian tragedy perpetrated by the Soviets. The book includes her diary material and later additions, including conversations with Zhukov, letters of pathologist Shkaravsky, who led the autopsy, and a new Preface written by Rzhevskaya for the English language edition.

Rzhevskaya writes about the key historical events and everyday life in her own inimitable style. She talks in depth of human suffering, of bittersweet victory, of an author's responsibility, of strange laws of memory and unresolved feeling of guilt.