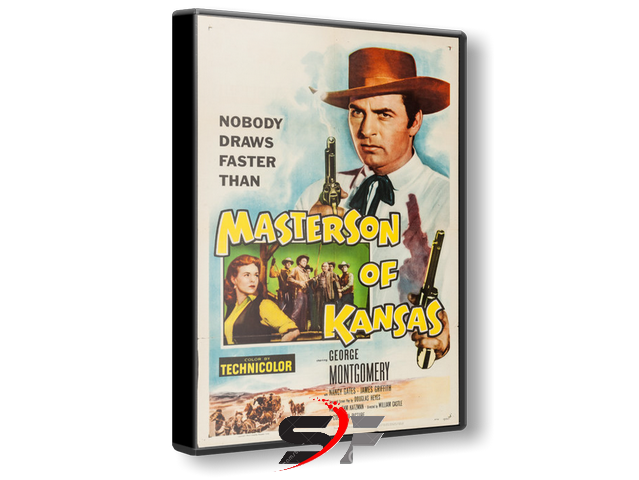 
George Montgomery plays Bat Masterson, who finds himself trying to save a convicted man accused of killing an Army officer.That man is Amos Merrick, beloved by the Indians, but hated by the cattle barons because he’d trade some of their grazing land for peace.So they’ve framed him for murder, sentenced him to hang and, just to be sure he isn’t around, they wouldn’t mind killing him en route to Hayes City, where he’s to be executed.Masterson fights to keep him alive with the help of an old ally Wyatt Earp (Bruce Cowling) and an uneasy alliance with Doc Holliday (James Griffith).Nancy Gates provides the love interest as Merrick’s pretty daughter, Amy; William Henry is the mastermind behind the cattlemen’s plans in the role of Charlie Fry. 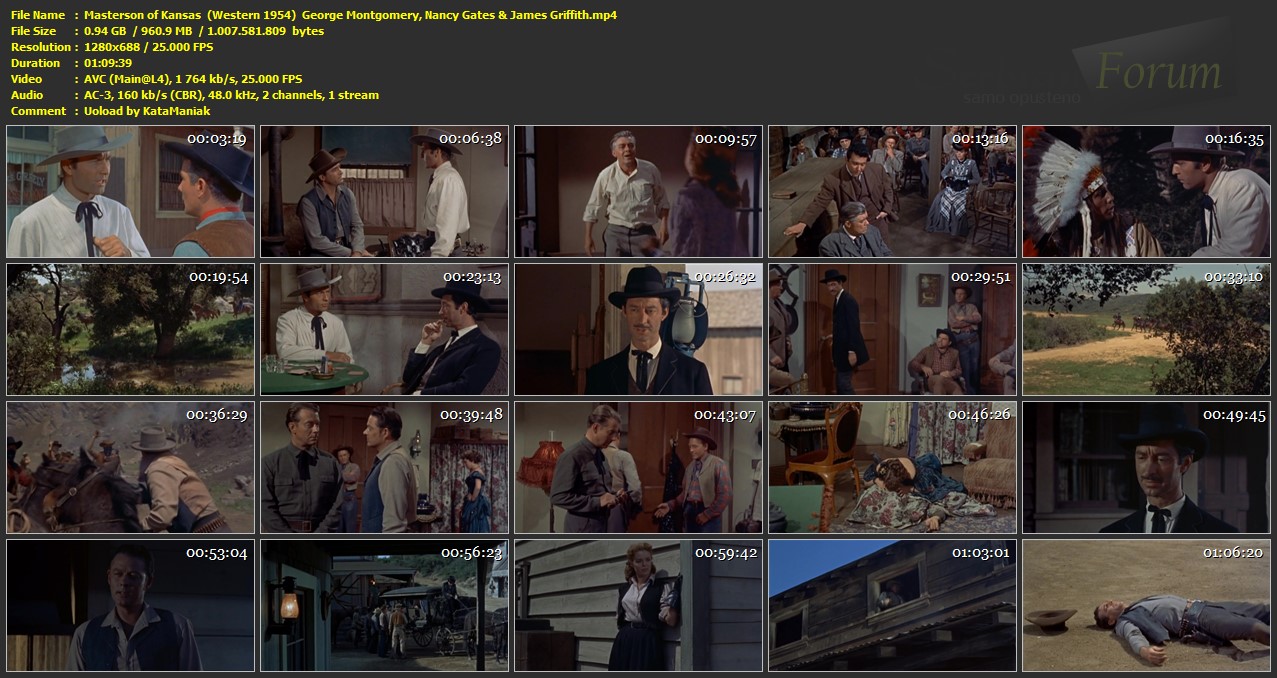 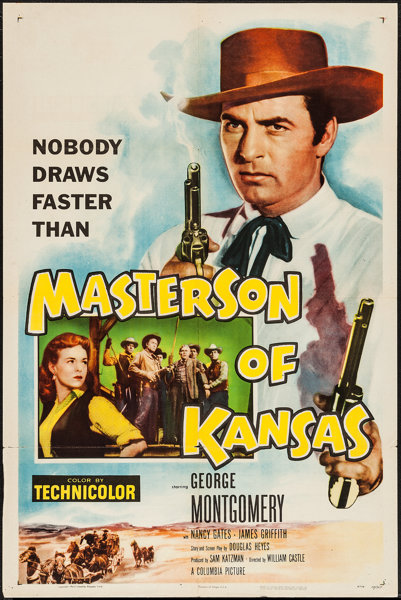 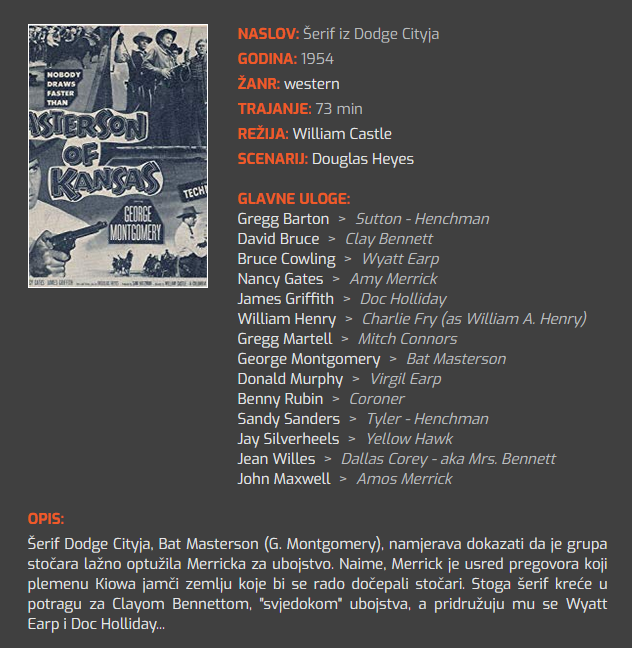 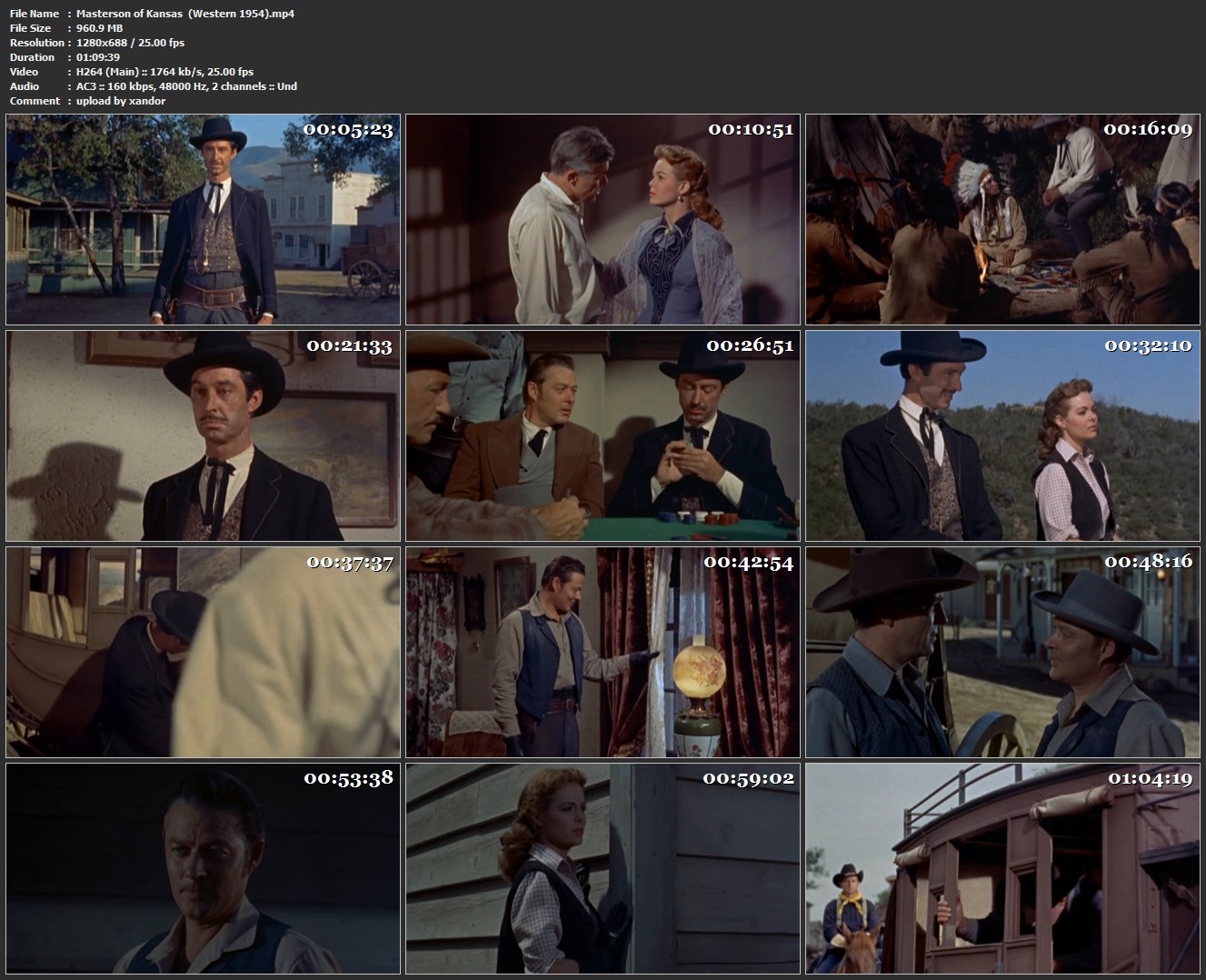