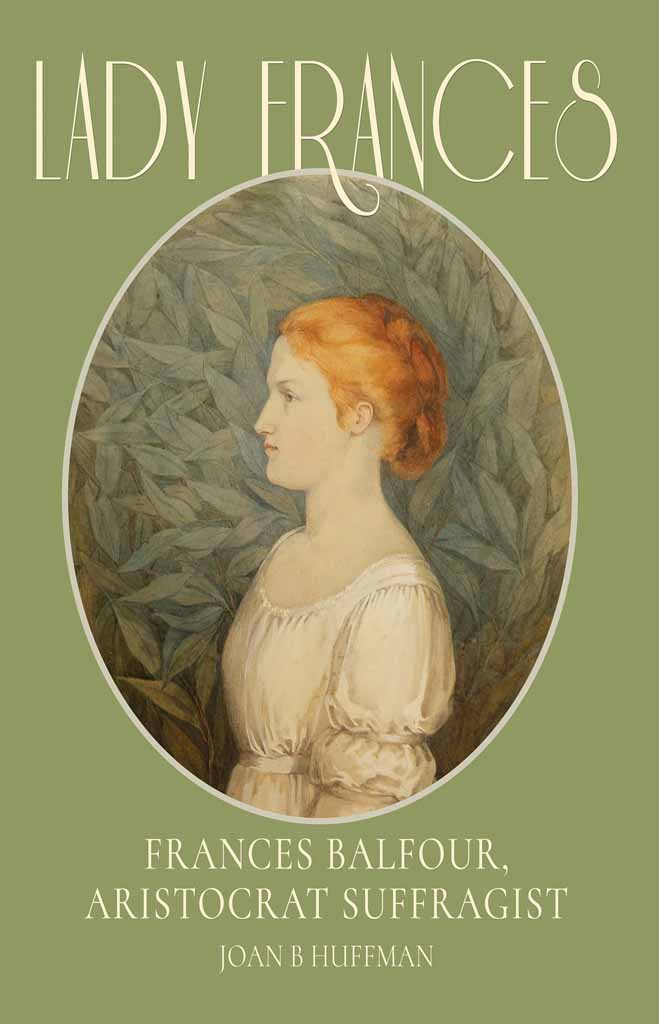 One of Lady France Balfour's eulogists noted that she would be considered one of Scotland's greatest women, but today, few know who she was or what she did for British women. Joan B Huffman's biography is an effort to set the record straight and tell the first complete and accurate story of this remarkable woman.

Lady Frances Balfour's parents and grandparents were forward-thinking, and she was interested in the world of politics from an early age. When she married Eustace Balfour, brother of Arthur Balfour, she continued to be intrigued by politics. As a woman in the late nineteenth/early twentieth centuries, however, she had practically no power, and had to seek other methods of pursuing her interests. In 1889, she found her calling in the fight for suffrage, where she was the constitutionalists' main lobbyist with Parliament. From fighting for the rights of working women to jobs and reasonable incomes; to defending the safety of unaccompanied women lured to London by charlatans; to supporting Dr. Elsie Inglis, founder of the Scottish Women's Hospitals; to serving on various government committees, including one that studied the hugely unfair divorce laws, Frances worked and served to her last day, despite daily pain from a hip problem that was incorrectly treated in her youth. Lady Frances is the only leader of the votes for women campaign to lack a biography, yet she was the only aristocrat and the only Scot to have a national leadership role in that campaign. This biography will appeal to readers interested in British history, particularly those who want to know more about a key campaigner for women's rights.