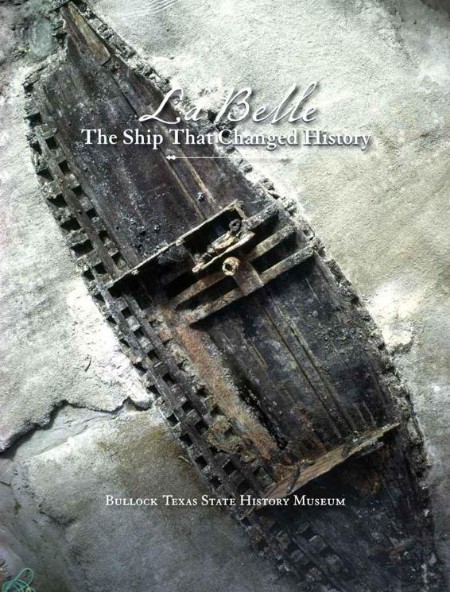 After two decades of searching for La Salle's lost ship La Belle, Texas Historical Commission (THC) divers in 1995 located a shipwreck containing historic artifacts of European origin in the silty bottom of Matagorda Bay, off the coast of Texas. The first cannon lifted from the waters bore late seventeenth-century French insignias. The ill-fated La Belle had been found.
Under the direction of then-THC Archeology Division Director James Bruseth, the THC conducted a full excavation of the water-logged La Belle. The conservation was subsequently completed at Texas A&M University's Conservation Research Laboratory, resulting in preservation of more than one million artifacts from the wreck.
An official naval vessel granted to La Salle by the king of France in 1684, La Belle is still considered a sovereign naval vessel belonging to the French government under international maritime law. A formal agreement negotiated by the French Republic, the Musée national de la Marine, the US Department of State, and the THC allows the ship and artifacts to remain in Texas permanently and to be housed in an exhibit at the Bob Bullock Texas State History Museum in Austin, opening October 2014. This richly illustrated catalog will accompany the exhibit.
Kliknite za proširenje...