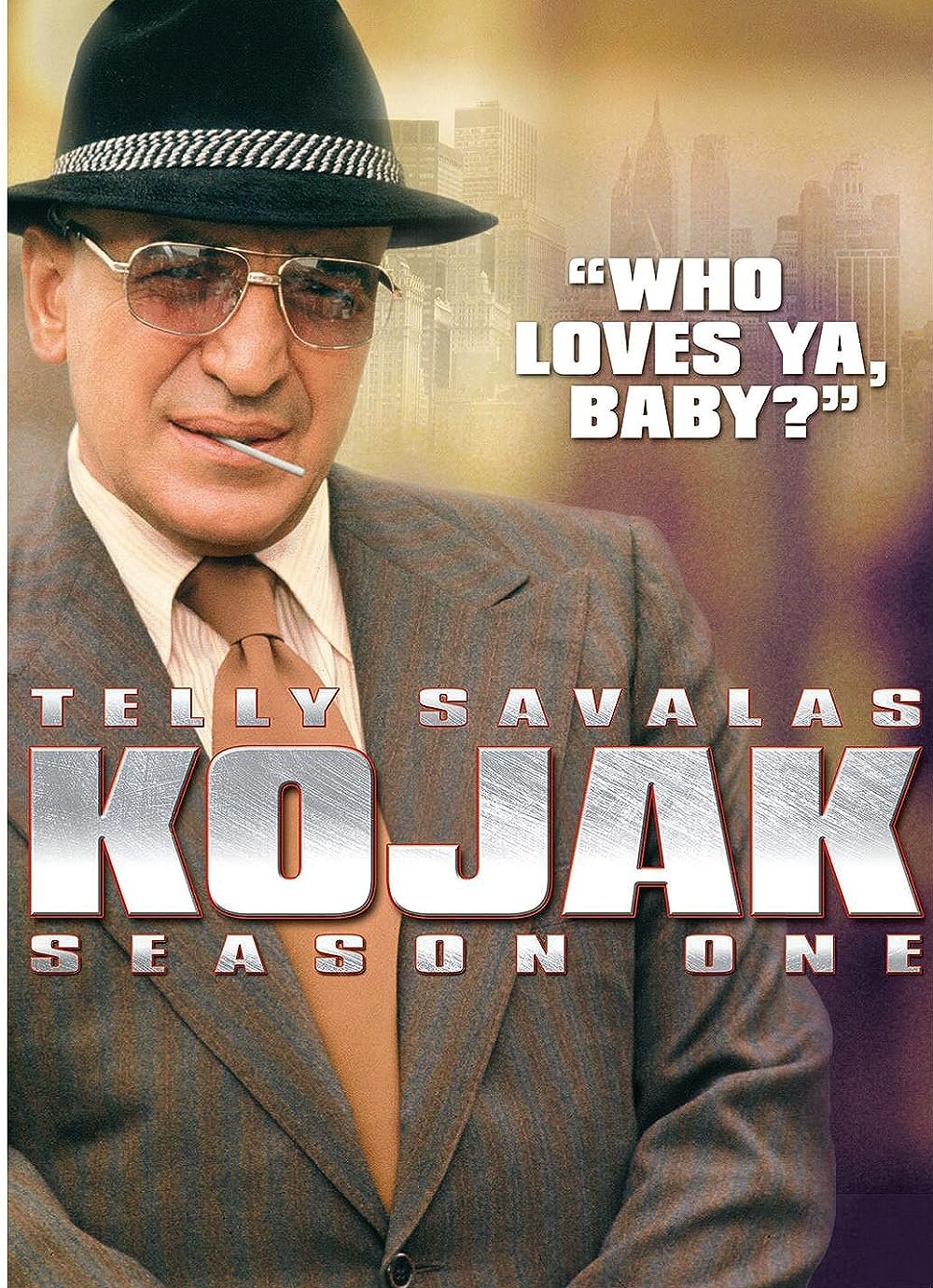 Who loves ya, baby? That would be Theo Kojak, the bald, lollipop-sucking New York detective who isn't afraid to bend the rules to bust the bad guys. Cynical but upbeat, Kojak not only has a talent for detecting, he also is blessed with perfect parking karma - he is always able to find a parking space right at the crime scene, even in Manhattan. Now that's power.

In 1999 TV Guide ranked Theo Kojak number 18 on its 50 Greatest TV Characters of All Time list.

The show was created by Abby Mann, an Academy Award–winning film writer best known for his work on drama anthologies such as Robert Montgomery Presents and Playhouse 90. Universal Television approached him to do a story based on the 1963 Wylie-Hoffert murders, the brutal rape and murder of two young professional women in Manhattan.

Owing to poor and corrupt police work and the prevailing casual attitude toward suspects' civil rights, the crimes in the Wylie-Hoffert case were pinned on a young African-American man, George Whitmore, Jr., who had been arrested on a separate assault charge. After illegally obtaining a confession, the police had the suspect all but convicted until a second investigation by a different team of detectives exonerated the suspect and identified the real killer, Richard Robles, who was convicted in 1965 and sentenced to life in prison.

Mann developed the project as a gritty police procedural, but with a subtext focusing on institutionalized prejudice and the civil rights of suspects and witnesses. The result was a 1973 made-for-TV movie, The Marcus-Nelson Murders. The opening and closing titles of the film emphasized the point that it was a fictional account of the events that led to the creation of Miranda rights by the U.S. Supreme Court in 1966. Selwyn Raab's book Justice in the Back Room provided Mann with some of his inspiration for the story of The Marcus-Nelson Murders, and the series subsequently included a credits reference to having been "suggested by a book by Selwyn Raab".[2]

Savalas starred in The Marcus-Nelson Murders as a police detective whose last name was spelled "Kojack". The film served as a pilot for the Kojak television series. Kojak himself was a composite character, based on a number of detectives, lawyers, and reporters who were involved in the Wylie-Hoffert murder case

The show revolved around the efforts of the tough and incorruptible Lieutenant Theodopolus ("Theo") Kojak (Telly Savalas), a bald, dapper, New York City policeman, who was fond of Tootsie Roll Pops and of using the catchphrases, "Who loves ya, baby?" and "Cootchie-coo!" Kojak was stubborn and tenacious in his investigation of crimes—and also displayed a dark, cynical wit, along with a tendency to bend the rules if it brought a criminal to justice.

In the context of the script, Kojak's was seen as typical squad room humor, which was picked up later in the TV drama Hill Street Blues. Savalas described Kojak as a "basically honest character, tough but with feelings—the kind of guy who might kick a hooker in the tail if he had to, but they'd understand each other because maybe they grew up on the same kind of block."[6] Kojak's Greek American heritage, shared by actor Savalas, was featured prominently in the series. In the early episodes of the series, he is often seen smoking cigarettes. Following the 1964 Surgeon General's Report on smoking, cigarette commercials were banned from American television in 1971, and public awareness of the dangers of cigarette smoking increased dramatically during the 1970s.

To cut down on his own habit, Kojak began using lollipops as a substitute. The lollipop made its debut in the Season 1 episode "Dark Sunday", broadcast on December 12, 1973; Kojak lights a cigarette as he begins questioning a witness, but thinks better of it and sticks a lollipop (specifically, a Tootsie Pop) in his mouth instead. Later in the episode, Kevin Dobson's character Crocker asks about the lollipop and Kojak replies, "I'm looking to close the generation gap." Although Kojak continued to smoke, as he was frequently seen lighting a cigarillo, the lollipop eventually became his identifying characteristic; in fact, when the series debuted a new opening montage in season five, Kojak is seen both lighting a cigarillo and popping a lollipop into his mouth. 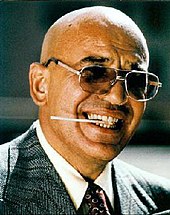 Telly Savalas as Lt. Theo Kojak with ubiquitous lollipop
His longtime supervisor was Capt. Frank McNeil (Dan Frazer), a man who never seemed to know what was going on. Later in the series, McNeil was promoted to Chief of Detectives in Manhattan. Kojak is the commander of the Manhattan South Precinct's detective squad. His squad includes one of his favorite employees, young plainclothes officer, Det. Bobby Crocker (Kevin Dobson). Detective Stavros, played by Telly's real-life brother George Savalas, used the name "Demosthenes" as his screen credit during the first two seasons. George Savalas, under his real name, also received a Production Associate credit during the first season and a Production Assistant credit for the second season. Detective Saperstein (Mark Russell), and Detective Rizzo (Vince Conti), all gave Kojak support. Roger Robinson appeared in 12 episodes as Detective Gil Weaver.

Although the show primarily focused on Kojak's police work, it occasionally veered into other areas of the character's lives, such as the first-season episode "Knockover" which included a subplot involving Kojak romancing a (much younger) female police officer. In 1976, crime writer Joe Gores received an Edgar Award from the Mystery Writers of America for Best Episode in a TV Series Teleplay for the third-season episode "No Immunity for Murder" (first aired November 23, 1975).

The show was canceled after five seasons in 1978, due to falling ratings. Reruns of Kojak became successful in syndication and on TV Land. Years after the series ended, Savalas reprised the role in two CBS TV movies, Kojak: The Belarus File (1985) (an adaptation of the John Loftus book The Belarus Secret) and Kojak: The Price of Justice (1987) (based on Dorothy Uhnak's novel The Investigation). Kojak is not a character in either book.