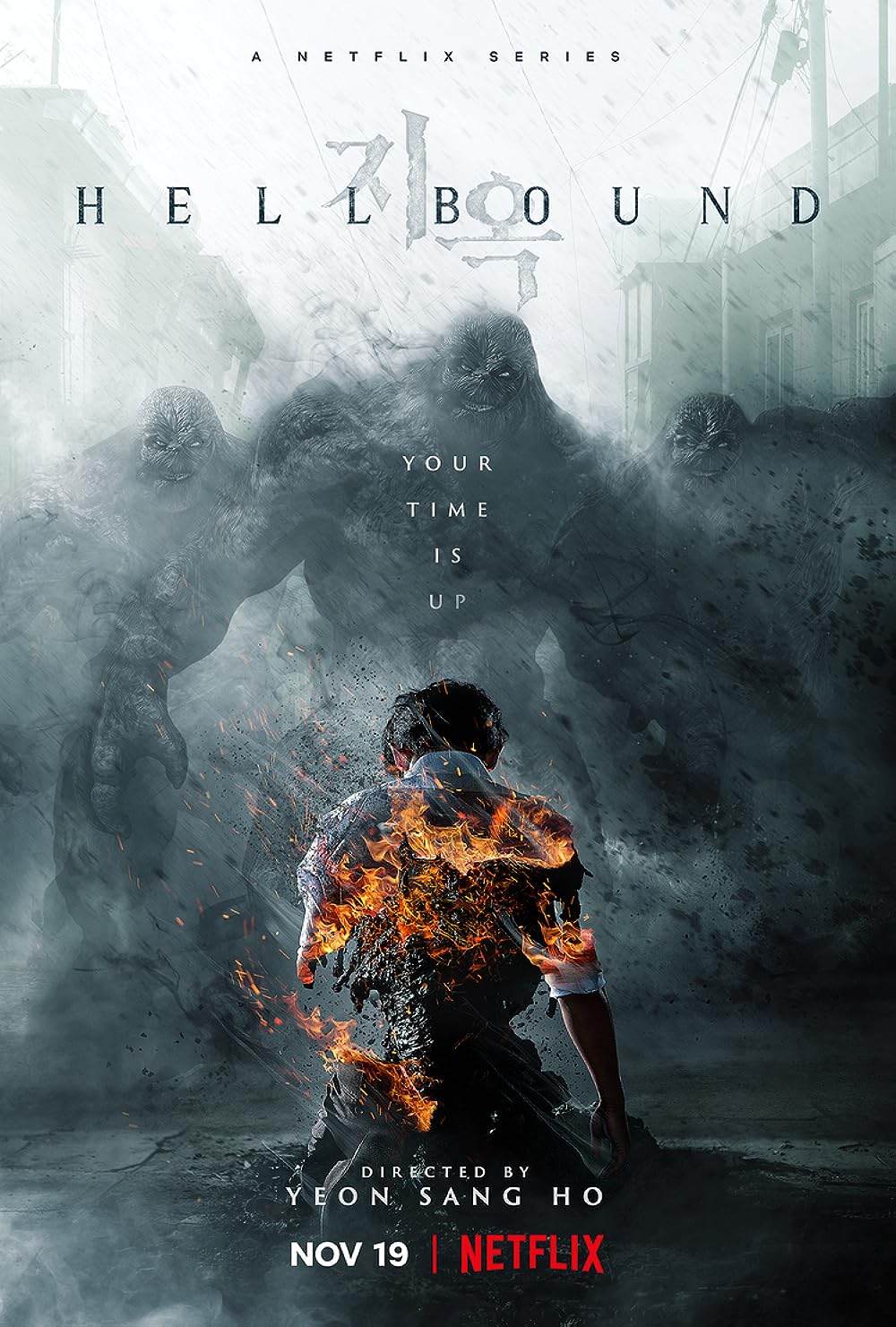 Hellbound: With Yoo Ah-in, Kim Hyun-joo, Jeong Min Park, Jin-ah Won. People hear predictions on when they will die. When that time comes, a death angel appears in front of them and kills them.

www.imdb.com
A story about otherworldly beings who appear out of nowhere to issue a decree and condemn individuals to hell. These supernatural events cause great mayhem and enable the religious group The New Truth to grow in influence. A few people, however, become suspicious about its activities and begin investigating its involvement in mysterious events.