H G Adler - A Life in Many Worlds 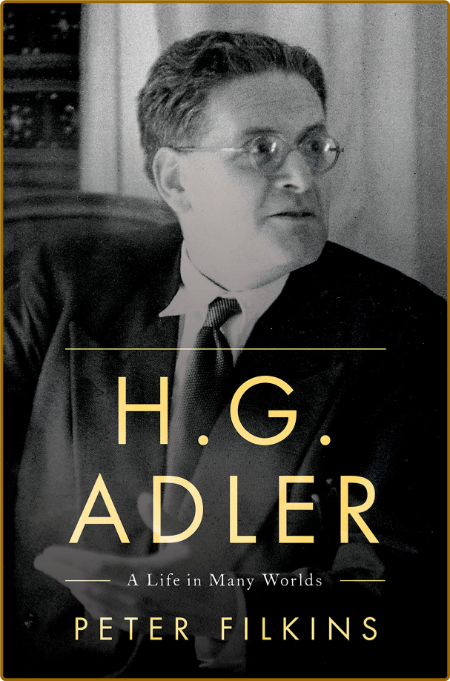 The biography of H.G. Adler (1910-88) is the story of a survivor of Theresienstadt, Auschwitz, and two other concentration camps who not only lived through the greatest cataclysm of the 20th century, but someone who also devoted his literary and scholarly career to telling the story of those who perished in over two dozen books of fiction, poetry, history, sociology, and religion. And yet for much of his life he remained almost entirely unknown. A writer's writer, a scholar of seminal, pioneering works on the Holocaust, a renowned radio essayist in postwar Germany, a last representative of the Prague Circle of literature headed by Kafka, a key contributor to the prosecution in the trial of Adolf Eichmann, Adler was a man of his time whose times lived through him. His is the story of many others, but also one that is singularly his own. And at its heart lies a profound story of love and perseverance amid the loss of his first wife, Gertrud Klepetar, who accompanied her mother to the gas chamber in Auschwitz, and the courtship and extended correspondence with Bettina Gross, a Prague artist who escaped to the Britain, only to later learn that her mother had also been in Theresienstadt with Adler before her eventual death in Auschwitz. His delivery of a lecture in Theresienstadt commemorating Kafka's sixtieth birthday, and with Kafka's favorite sister present; the nurturing of a younger generation of artists and intellectuals, including the Israeli artist Jehuda Bacon and the Serbian novelist Ivan Ivanji; the preservation of Viktor Ullmann's compositions and his opera The Emperor of Atlantis, only to see them premiered decades later to world acclaim; and the penury of postwar life while churning out the novels, poetry, and scholarship that would make his reputation - all of these are part of a life survived in the moment, but dedicated to the future, and that of a man committed to helping human dignity survive in his time and that to come.
Kliknite za proširenje...