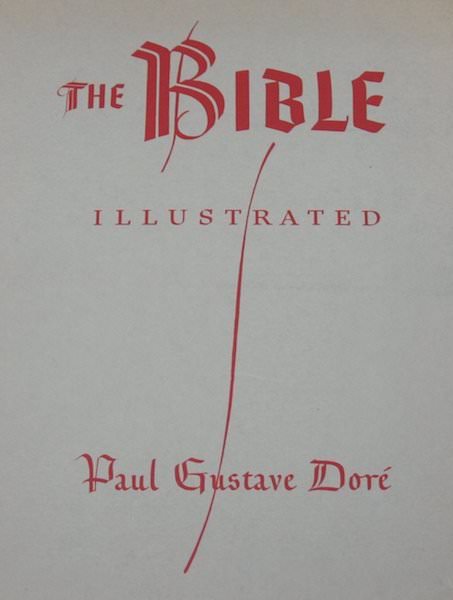 THE BIBLE, ILLUSTRATED (1886) is the most praised and famous work by the French artist GUSTAVE DORÉ (1832-1883). The series comprises 106 detailed plates depicting scenes from the Hebrew Bible and the New Testament. The illustrations were immensely successful and have been reproduced countless times worldwide, influencing the visual arts and popular culture in ways difficult to measure.

Doré’s artistic reasons for undertaking the Bible project were outlined by his biographer, Joanna Richardson: "It offered him an almost endless series of intensely dramatic events. His visions of the looming tower of Babel, the plague of darkness in Egypt, the death of Samson, Isaiah’s vision of the destruction of Babylon; these vast, forbidding scenes, heavy with doom, remind one of the visions of John Martin. They also reveal many elements by now familiar in Doré’s work: the mountain scenes, the lurid skies, the complicated battles, the almost unremitting brutalism. Doré’s illustrations of the Old Testament remind us, above all, of the God of Wrath: of massacres and murders, decapitations and avenging angels. There is, too, a period element: the angels are Victorian angels, full of sentiment; the women are, again, keepsake women, the children are Victorian children: sentimental or wise beyond their years."