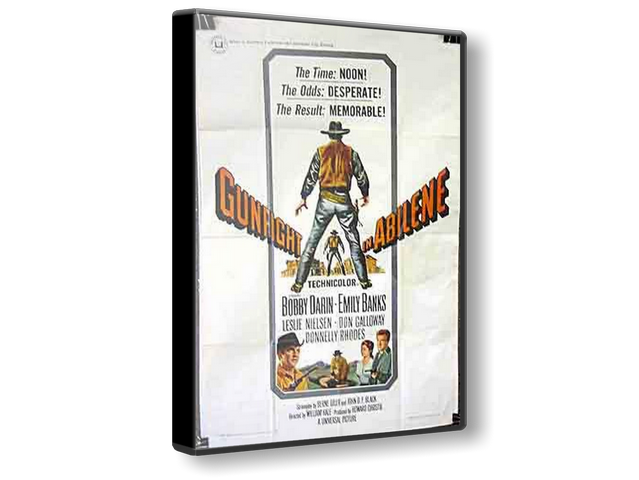 Bobby Darin stars as Cal Wayne, a Confederate officer who has the misfortune of shooting one of his own men, a good friend no less, during the war. He returns to Abilene scarred by the experience. Known for his fast gun, he no longer wears one.

A couple more shocks are in store for Cal, who everyone thought had been killed in the war. Grant Evers (Leslie Nielson), the brother of the man he shot, has given up farming and gone into the cattle brokering business, making a fortune for himself.

And Evers is engaged to Amy Martin (Emily Banks), Cal’s former lover, who decided she needed to move on with her life after hearing of Cal’s “death.” Grant and Cal are friends too. In fact, Grant’s right arm was maimed in a boyhood accident when he and Cal were playing.

So when Grant asks Cal to take over the job as sheriff of Abilene, Cal feels obligated to do so, despite his hesitancy to use a gun. Grant’s a sly one, though. He’s on the ranchers’ ide in a range war that’s brewing between the farmers and ranches. And he knows the farmers will trust Wayne, taking the heat off him, at least for the moment.

Then a young Union soldier who also just returned home from the war is whipped to near death by Grant’s gunhand, Joe Slade, presumably for stealing a calf. That threatens to blow the lid off that brewing range war. 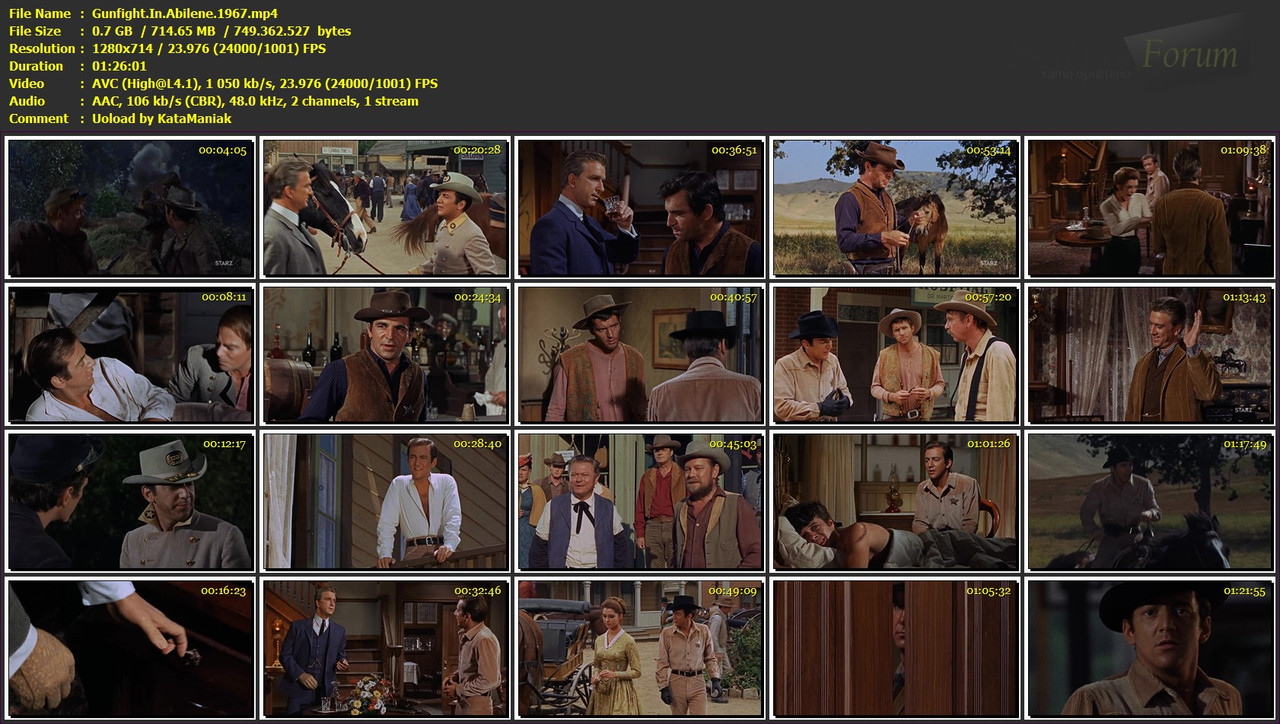