Grace Jones - Warm Leatherette (2016)
Genre: Pop,Post Disco,SynthPop,Reggae,New Wave
Quality: FLAC Stereo 96kHz/24bit
Full Size: 4,11 Gb
​
Warm Leatherette represents a watershed moment in the career of Grace Jones. It was the first of her much loved and critically-lauded 'Compass Point trilogy' and also very much a leap into the unknown when it was released on Island Records in May 1980. At that time, Jones had a reputation as a disco-diva second to none, a fact underlined by her first three Island albums (Fame, Portfolio and Muse). But, by the end of the 70s, disco was over. It was time to move on.
This is a beautiful newly-remastered collection, bringing together the entire Warm Leatherette album, b-sides and rare in-era mixes and instrumental versions (to fit the album on to the 39 minutes prescribed for vinyl at the time, a considerable amount of editing had to be done). It is a perfect demonstration of players, writers, producers, at the very apex of their game, headed up by the most singular performer, singing as if her life depended on it.

„Grace Jones teamed with the great reggae production duo of Sly Dunbar and Robbie Shakespeare on this '80 album, and made the transition from straight dance and club act into quasi-pop star with reggae and urban contemporary leaning. The single 'Private Life' was one of her best, and the overall album had more energy and production gloss than previous LPs that had been aimed completely at the club market. It helped that Jones seemed enthused about the session and really put herself into the songs." --AllMusic Review by Ron Wynn 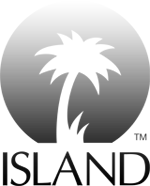