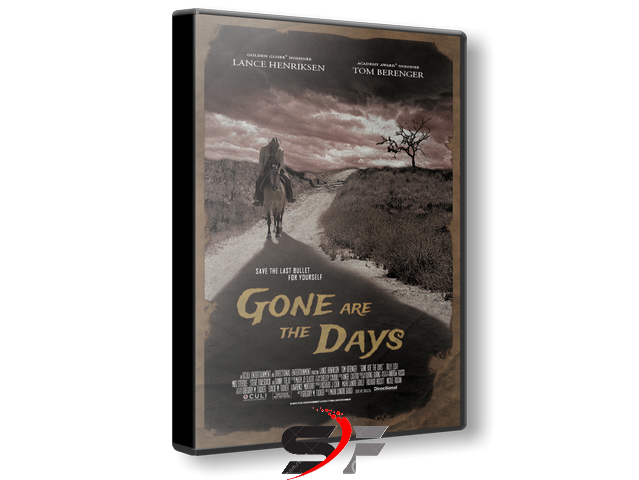 In the waning days of the Old West, an aged outlaw, Taylon, wastes away on his neglected ranch, one foot in the grave. Surviving on whiskey and heroin cough serum, his condition steadily worsens. He enlists Virgil, his partner in crime, to undertake a fateful journey to right some wrongs. Unable to reconcile the man he was to what he has become, Taylon is determined to go out with his boots on, guns blazing. However, one task remains before Taylon can complete his pilgrimage; a bittersweet attempt at reconciliation with a daughter, Heidi, who doesn't know their true relationship. Forced to abandon her as

Lance Henriksen is Taylon, a former outlaw haunted by his past and present and slowly dying on his decrepit ranch.His past includes a bank robbery gone badly in the town of Durango. By the time the bloodshed ended, a posse had shot his partner dead and hanged his wife.His present includes a daughter named Heidi (Meg Steedle) who doesn’t know she’s his daughter. She works in the stables in the nearby town of Hespers.Well, Taylon decides a slow death isn’t for him. He’ll help Heidi with the money he has stashed away, then head to Durango and try to do the bank job right this time, knowing it’s far more likely that he’ll wind up going out in a blaze of glory.Then he discovers that there’s a new boss named Jaden at the place where Heidi works, and he’s got her working from flat on her back.And in Durango? An old acquaintance named Will McMullen (Tom Berenger) is now the sheriff.