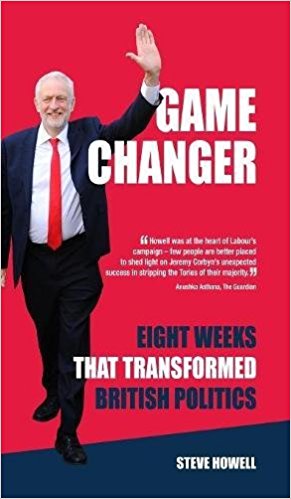 When Theresa May called a snap election in 2017, Labour was more than twenty points behind in the polls and it seemed the only question was how big her landslide would be.

The experts argued campaigns don't move opinions much and young voters would not turn out. But Jeremy Corbyn and his team had other ideas. They knew people were angry about austerity and were confident they would support a manifesto for the many not the few.

In the most dramatic election of modern times, Corbyn's inspirational campaign transformed British politics. Labour won its best vote for twenty years and the largest increase in its vote share since 1945. Far from winning a landslide, the Tories were left without a majority and forced to abandon many of their unpopular plans.

Steve Howell was at the centre of Corbyn's election machine. A member of the Labour leader's strategy group, he was involved in all the key campaign decisions. From the outset, he believed that Corbyn's campaigning skills, enthusiastic army of supporters and hopeful message could produce a surge in support. In Game Changer, he tells the story of eight weeks that transformed British politics.