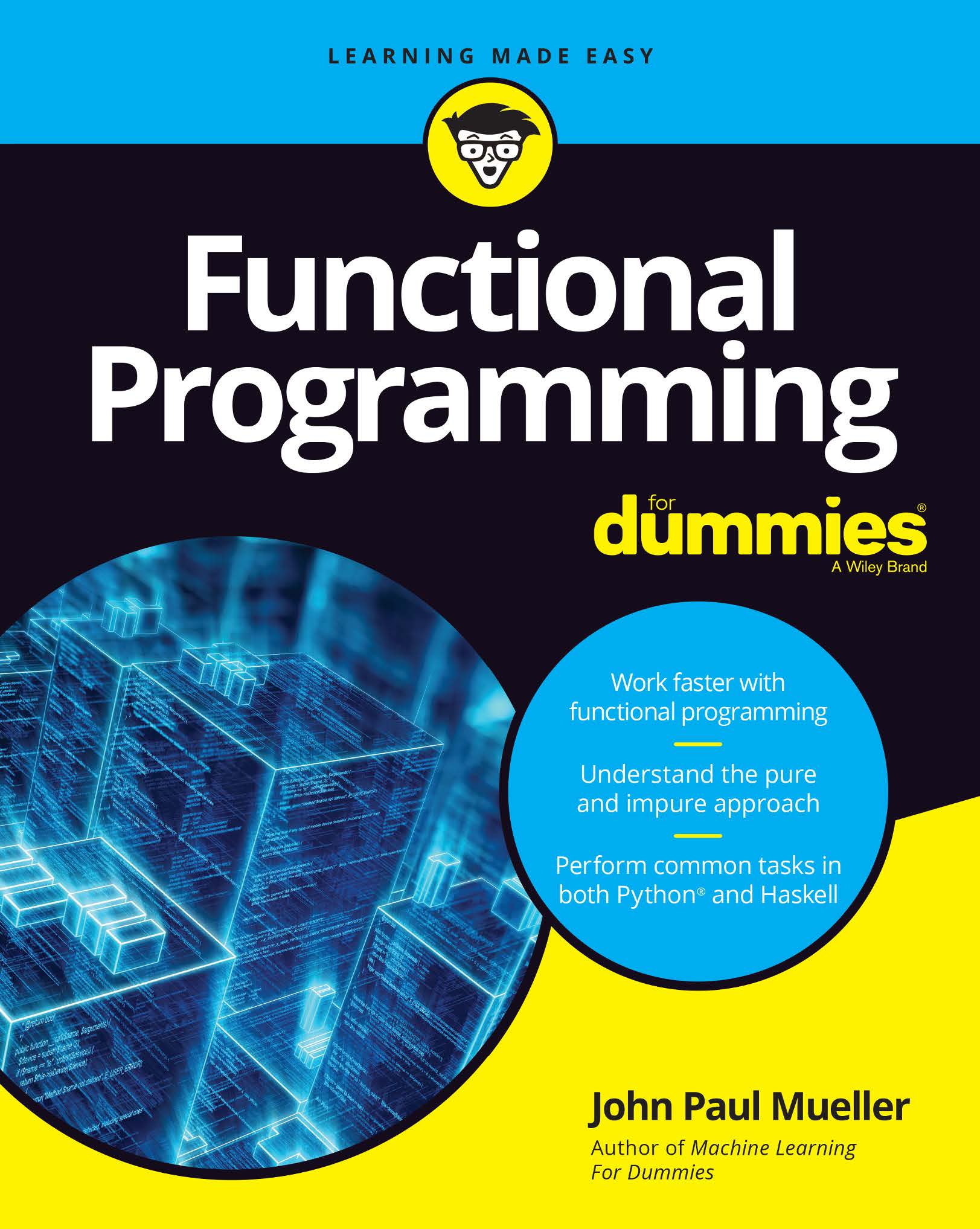 Your guide to the functional programming paradigm

Functional programming mainly sees use in math computations, including those used in Artificial Intelligence and gaming. This programming paradigm makes algorithms used for math calculations easier to understand and provides a concise method of coding algorithms by people who aren't developers. Current books on the market have a significant learning curve because they're written for developers, by developers-until now.

Functional Programming for Dummies explores the differences between the pure (as represented by the Haskell language) and impure (as represented by the Python language) approaches to functional programming for readers just like you. The pure approach is best suited to researchers who have no desire to create production code but do need to test algorithms fully and demonstrate their usefulness to peers. The impure approach is best suited to production environments because it's possible to mix coding paradigms in a single application to produce a result more quickly. Functional Programming For Dummies uses this two-pronged approach to give you an all-in-one approach to a coding methodology that can otherwise be hard to grasp.

Learn pure and impure when it comes to coding
Dive into the processes that most functional programmers use to derive, analyze and prove the worth of algorithms
Benefit from examples that are provided in both Python and Haskell
Glean the expertise of an expert author who has written some of the market-leading programming books to date

If you're ready to massage data to understand how things work in new ways, you've come to the right place!