Everything You Love Will Burn by Vegas Tenold 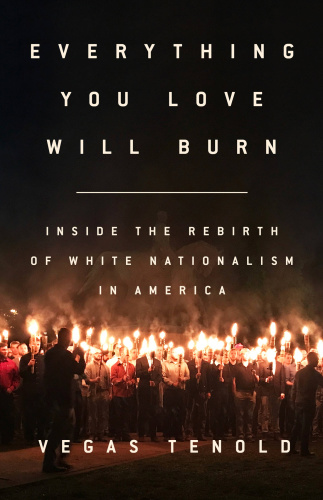 
​
Descirption: Drawing on years of reporting from inside white supremacist and nationalist groups, the dark story of how once disorganized, amateurish fringe groups have gained recent prominence and are working to build a new movement.
When Vegas Tenold began reporting from the inner circle of three white power groups in America-the KKK, the National Socialist Movement, and the Traditionalist Workers Party-he found himself in the midst of small, disorganized groups operating well outside the mainstream. The people Tenold met got into violent and bloody fights in New Jersey parking lots; paraded the Confederate Flag around; or attended somber KKK funerals.
But in the last few years, that has changed. In response to persistent economic frustrations, the presidency of Barack Obama, and the visibility of Black Lives Matter and egged on by the rhetoric of Donald Trump, Steve Bannon, and others in the White House, membership is rising and national politicians are giving validation to...