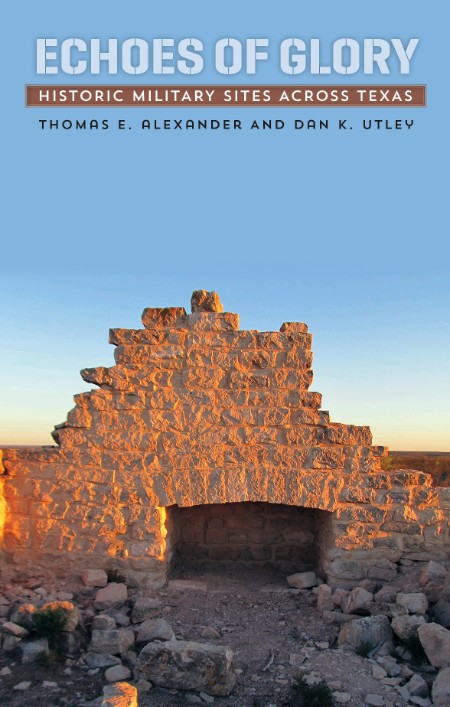 In their previous book, Faded Glory: A Century of Forgotten Texas Military Sites, Then and Now, historians Thomas E. Alexander and Dan K. Utley chose to go beyond the familiar military sites of Texas-the Alamo or the San Jacinto battlefield, for example-to feature lesser known locations. The book successfully recovered these "forgotten" arenas for tourists and preservationists alike. Alexander and Utley now return with Echoes of Glory, and the result is another impressive catalogue that highlights the hidden gems of Texas history.

Echoes of Glory explores two dozen rarely discussed but equally significant military sites across Texas. From the establishment of a Spanish fortress at San Sabá during the mission era to a multimillion-dollar Cold War naval base, readers will find a range of sites and stories to enlighten and entertain. Rare illustrations contrast each site with how it appeared in its glory days to how it appears today.

Echoes of Glory underscores the need to preserve or fully interpret such places before they are lost forever.
Kliknite za proširenje...