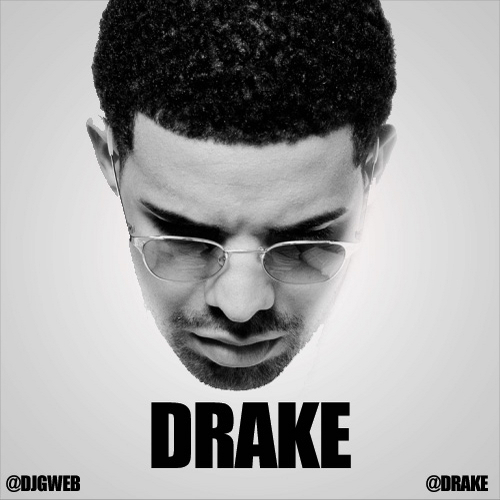 Aubrey Drake Graham, born October 24, 1986, Toronto, Ontario, known artistically as Drake, is a Canadian artist, rapper, songwriter and actor. Originally became known for playing character Jimmy Brooks in Degrassi television series: The Next Generation. Later rose to fame as a rap singer, releasing several mixtapes as Room for Improvement before signing with Lil Wayne on the US label Young Money Entertainment in June 2009.

Their first Studio album, Thank Me Later (2010), debuted at number one on the Billboard 200 with the generated remarkable successes, “Over” and “Find Your Love”. Their second album, Take Care (2011), is their biggest hit to date, topping the charts in the United States and Canada with the production of several simple success, including “Headlines”, “Take Care”, “Make Me Proud”, and “The Motto”, the latter of which also is credited with the popularization of the widely used acronym “YOLO”. In promotion of the album Take Care, Drake embarked on the Club Paradise Tour, which became the most successful hip hop 2012 tour, raising more than $42 million. Their third album Studio Nothing Was the Same was released September 24, 2013. So far has been supported by singles “Started from the Bottom” and “Hold On, We’re Going Home”.

Drake, along with the alias C. Papi record producer, they have also written songs for other artists, including Alicia Keys, Jamie Foxx and Trey Songz. He appeared as a voice actor in the movie Ice Age: Continental Drift as the mammoth Ethan. In 2014 collaborated with Romeo Santos in the second single from their album Formula, Vol. 2, titled «Hatred».

With ten singles number one, also has more than any other rapper in the list Billboard completo Hot R & B/Hip-Hop Songs, going to Jay-Z in August 2012. He is one of the two artists (the other is 50 Cent) that has simultaneously occupied the first three places of the top.