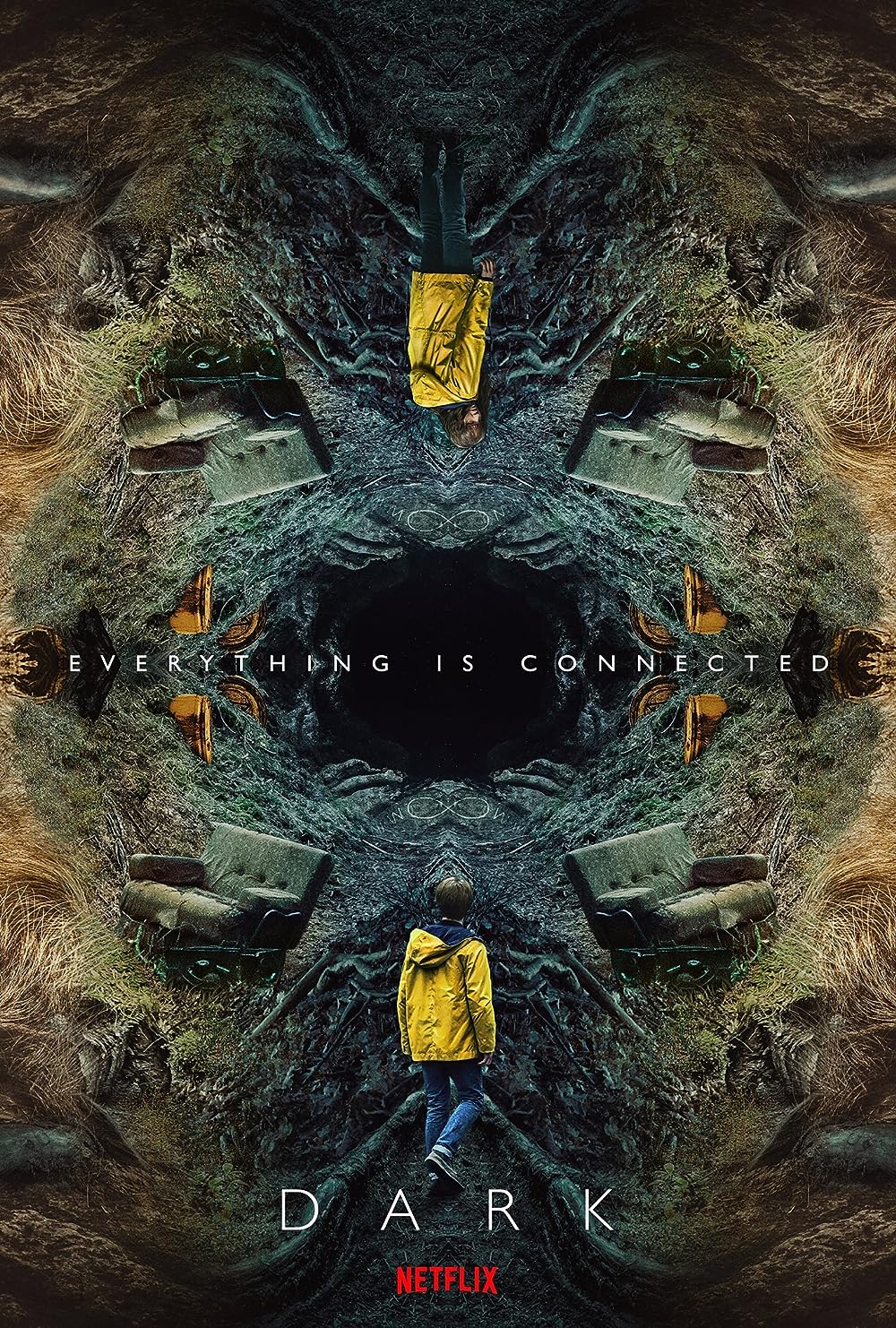 www.imdb.com
A family saga with a supernatural twist, set in a German town, where the disappearance of two young children exposes the relationships among four families.

When two children go missing in a small German town, its sinful past is exposed along with the double lives and fractured relationships that exist among four families as they search for the kids. The mystery-drama series introduces an intricate puzzle filled with twists that includes a web of curious characters, all of whom have a connection to the town's troubled history -- whether they know it or not. The story includes supernatural elements that tie back to the same town in 1986. "Dark" represents the first German original series produced for Netflix.

Dark is a German science fiction thriller web television series co-created by Baran bo Odar and Jantje Friese.[5][6][7] Set in the fictitious town of Winden, Germany, Dark concerns the aftermath of a child's disappearance which exposes the secrets of, and hidden connections among, four estranged families as they slowly unravel a sinister time travel conspiracy which spans three generations. Throughout the series, Dark explores the existential implications of time and its effects upon human nature.

Dark is the first ever German language Netflix original series; it debuted on Netflix's streaming service on 1 December 2017. The first season was received with positive reviews from critics, who made initial comparisons to another Netflix series, Stranger Things.[8][9][10]

The second season of Dark was released on 21 June 2019 ,[11][12] while the third and final season was released on 27 June 2020
Children start vanishing from the German town of Winden,[15] bringing to light the fractured relationships, double lives, and dark past of four families living there, and revealing a mystery that spans four generations.

The story begins in 2019, but spreads to include story-lines in 1986 and 1953 via time travel, as certain characters of the show's core families grow aware of the existence of a wormhole in the cave system beneath the local nuclear power plant, which is under the management of the influential Tiedemann family. During the first season, secrets begin to be revealed concerning the Kahnwald, Nielsen, Doppler, and Tiedermann families, and their lives start to crumble as the ties become evident between the missing children and the histories of the town and its citizens.

The second season continues the intertwining families' attempts to reunite with their missing loved ones, several months after the first-season finale, in 2020, 1987 and 1954, respectively. Additional story-lines set in 2053 and 1921 add new aspects to the mysteries, and the secret Sic Mundus fellowship, a major force in an underlying battle for the ultimate fate of the people of Winden, is explored, as the season counts down towards the apocalypse – a supposed destruction of Winden and death of many of its citizens.