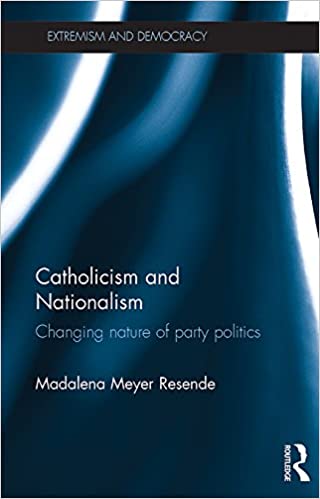 2014 | ISBN: 0415670071 | English | 64 pages | PDF | 16 MB
This book addresses the adaptation of nationalism to the sharing of sovereignty with other nations in supranational arrangements beyond the state or with nations and nationalities within the state.

It compares two cases, Poland and Spain, where the outcome of this processes of transformation differed: whereas in Spain a unified right wing partially reconciled Spain with the Catalonian, Basque and Galician nationalisms, in Poland the right wing was structured around two opposed conceptions of Polish nationalism and their relation to other nations. The book relates the transformation of nationalism in Poland and Spain, where the national and religious identity was closely interconnected, with the interaction between the Catholic Church and the political regimes in the second part of the 20th century.

Catholicism and Nationalism argues that the decision of the Polish hierarchy to mobilize National Catholicism as a political identity in the early years of cracy had a lasting impact on the shape of the right wing and, ultimately, also on the consolidation of an introverted nationalism skeptical of European integration.