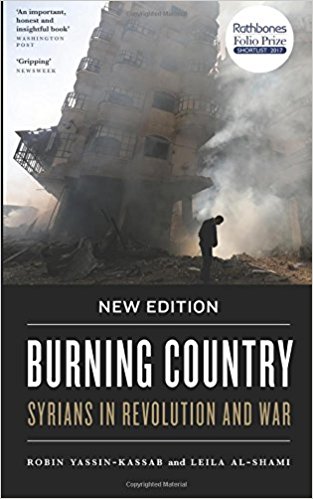 *Shortlisted for the Rathbones Folio Prize 2017* In 2011, many Syrians took to the streets of Damascus to demand the overthrow of the government of Bashar al-Assad. Today, much of Syria has become a war zone where foreign journalists find it almost impossible to report on life in this devastated land. Burning Country explores the horrific and complicated reality of life in present-day Syria with unprecedented detail and sophistication, drawing on new first hand testimonies from opposition fighters, exiles lost in an archipelago of refugee camps, and courageous human rights activists among many others. These stories are expertly interwoven with a trenchant analysis of the brutalisation of the conflict and the militarisation of the uprising, of the rise of the Islamists and sectarian warfare, and the role of governments in Syria and elsewhere in exacerbating those violent processes. With chapters focusing on ISIS and Islamism, regional geopolitics, the new grassroots revolutionary organisations, and the worst refugee crisis since World War Two, Burning Country is a vivid and groundbreaking look at a modern-day political and humanitarian nightmare.