BUBBA HO-TEP finds Elvis Presley alive but not so well, living in a small Texas nursing home. Although he's preoccupied with his ailments and his memories, the elderly Elvis befriends another resident, John F. Kennedy, when they both begin to suspect that their neighbours aren't dying of natural causes. Their investigation leads to the discovery of an evil mummy with a fondness for cowboy gear and an appetite for the souls of senior citizens. Armed with little more than a walker and a wheelchair, the King and JFK must take on this ancient evil. Can the King show the world that he can still take care of business?​ 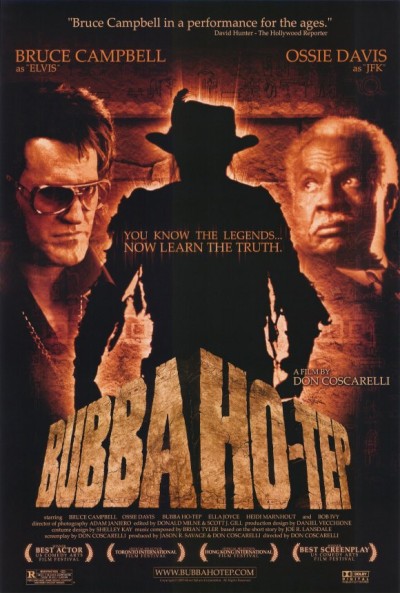