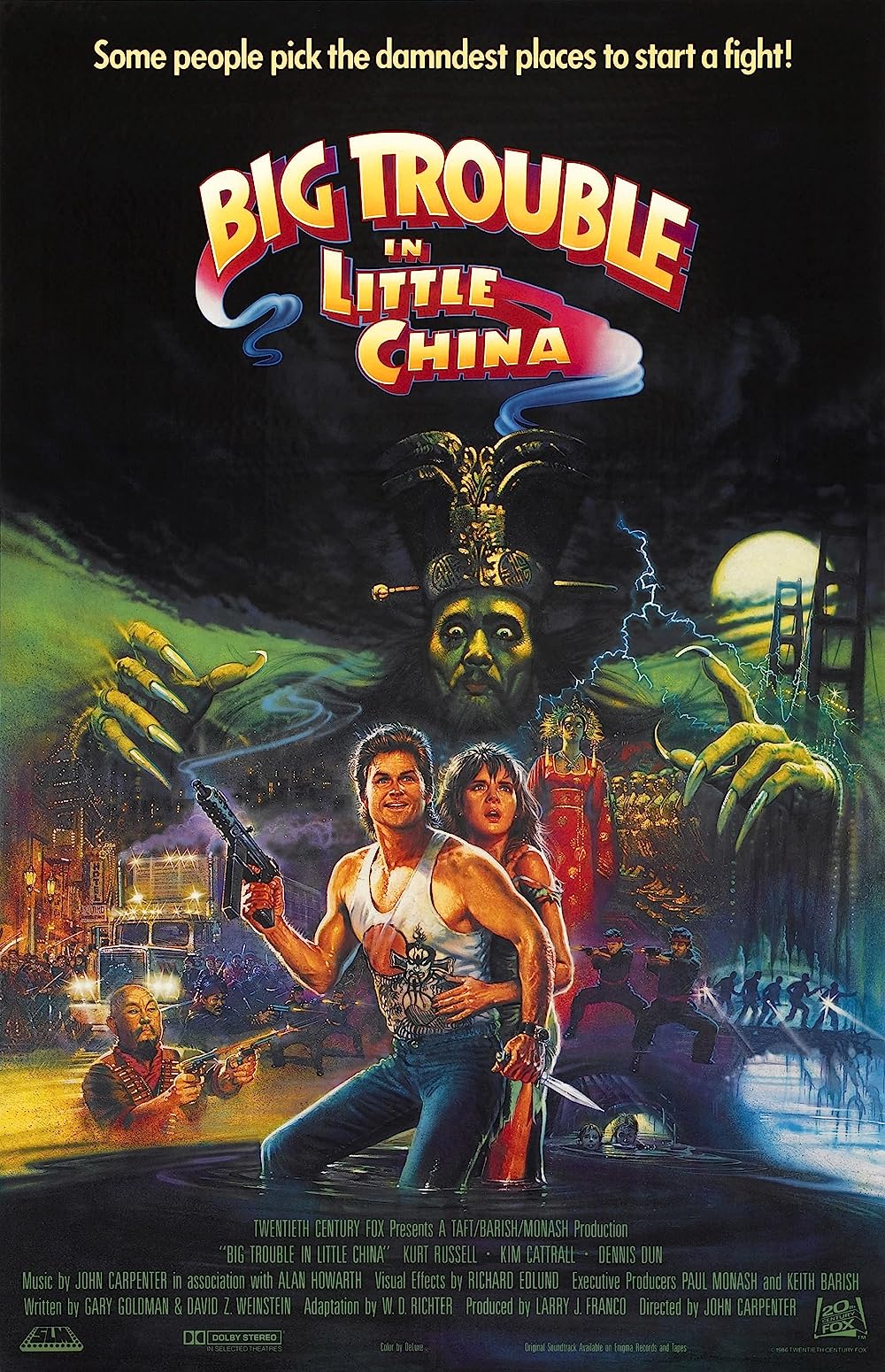 www.imdb.com
Truck driver Jack Burton arrives in Chinatown, San Francisco, and goes to the airport with his Chinese friend Wang Chi to welcome his green-eyed fiancée Miao Yin who is arriving from China. However she is kidnapped on the arrival by a Chinese street gang and Jack and Wang chase the group. Soon they learn that the powerful evil sorcerer called David Lo Pan, who has been cursed more than two thousand years ago to exist without physical body, needs to marry a woman with green eyes to retrieve his physical body and Miao is the chosen one. Jack and Wang team-up with the lawyer Gracie Law, the bus driver and sorcerer apprentice Egg Shen and their friends and embark in a great adventure in the underground of Chinatown, where they face a world of magicians and magic, monsters and martial arts fighters. —Claudio Carvalho, Rio de Janeiro, Brazil