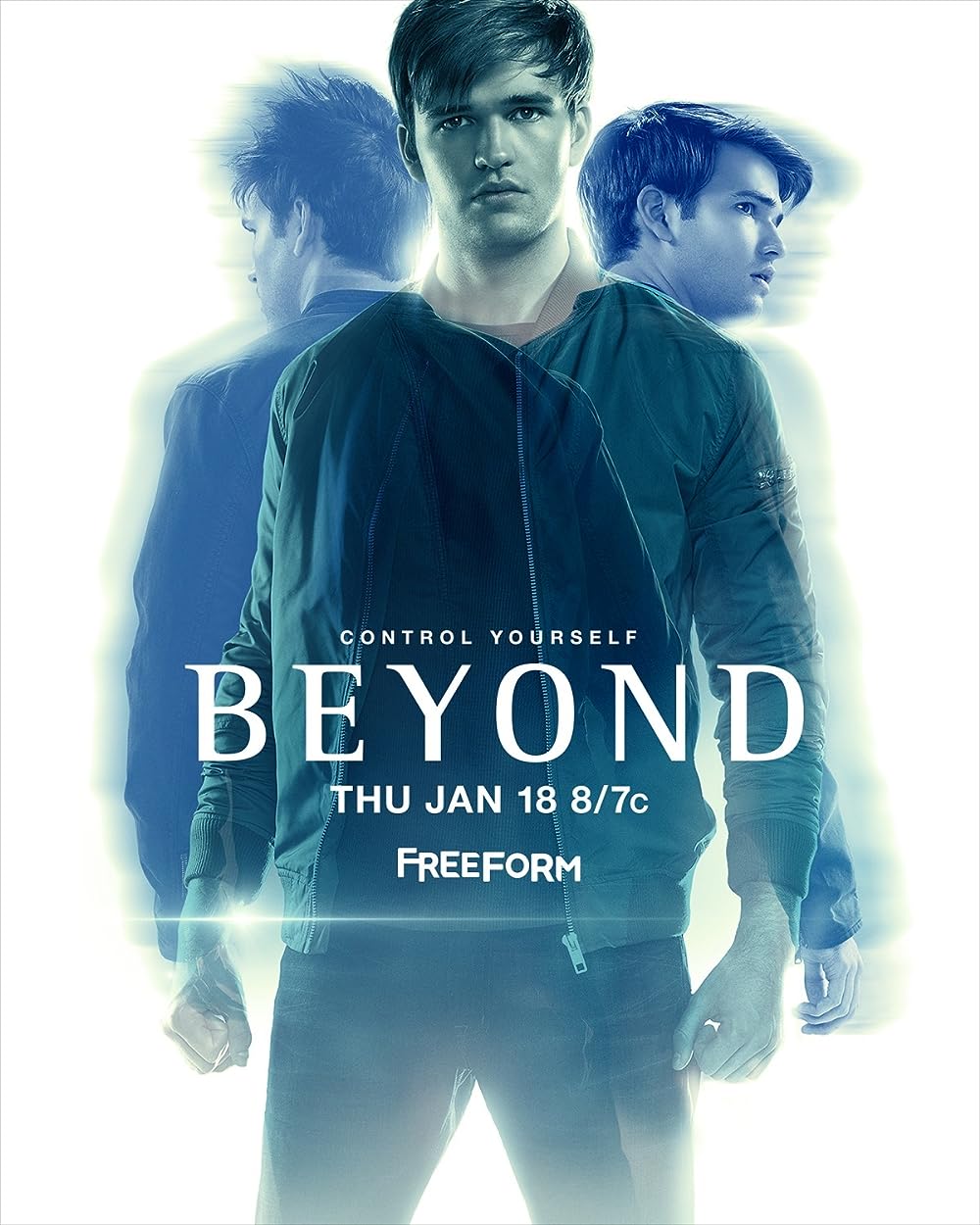 Beyond: Created by Adam Nussdorf. With Burkely Duffield, Dilan Gwyn, Jonathan Whitesell, Michael McGrady. A young man wakes up from a 12-year coma to discover new abilities that come to propel him into the middle of a dangerous conspiracy.

www.imdb.com
A young man wakes up from a 12 year coma to discover new abilities that come to propel him into the middle of a dangerous conspiracy.
Holden Mathews wakes up from a coma after 12 years only to realize that he has mysterious new abilities. He strives to adjust to the new world while trying to uncover what truly happened to him.

en.wikipedia.org
Beyond is an American fantasy drama science fiction television series created by Adam Nussdorf that premiered on Freeform on January 1, 2017. The series stars Burkely Duffield, Dilan Gwyn, Jeff Pierre, Jonathan Whitesell, Michael McGrady, and Romy Rosemont. On January 10, 2017, Freeform renewed the series for a 10-episode second season, which premiered on January 18, 2018, and finished on March 22, 2018. On March 29, 2018, Freeform announced they had cancelled the series after two seasons

Holden Matthews wakes up from a 12-year coma and discovers that he now has supernatural abilities, ones that propel him into the middle of a dangerous conspiracy. Now that he is out of his coma, Holden wants to figure out what happened to him during the past dozen years and how to live in a world that has changed significantly while he was in his coma. However, perhaps the biggest question of all is why it happened to him beyond this Earth's timeline in the hereafter. As Holden tries to adjust to adulthood, a mysterious woman named Willa warns him not to trust the people around him.